Announcing the Winners of the 2017 Municipal Primary Pool 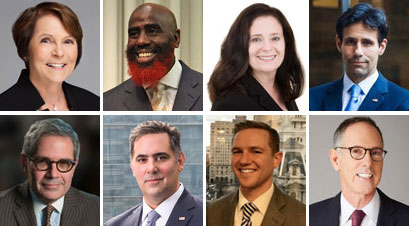 Last week, Philadelphia 3.0 announced our 2017 Municipal Elections Pool, inviting our audience of political junkies to test their prediction skills, and guess the outcome of the Democratic District Attorney and Controller primaries.

We asked readers to do four things: rank the Democratic District Attorney candidates by their expected vote totals, guess the margin of victory for the D.A. primary winner, guess the winner of the Controller primary and their margin of victory, and as a tiebreaker, guess the cumulative number of votes cast in the D.A. primary. A total of 47 people took the challenge, including many of the smartest operatives and observers we know in Philly politics.

The results of the primary, as we all know now, contained some surprises, but two participants came closest to getting it right: Hunter Hollis and Lauren Rinaldi.

We chose two winners based on two different criteria: earning the highest number of total points, and answering the most questions correctly. One point was assigned for each correct guess. So in the D.A. primary, for example, you could earn up to 7 points by guessing the correct rank for each of the seven candidates. Hollis was the only person to rank all the candidates correctly. Both winners will receive a $25 gift card to Reading Terminal Market.

A few fun facts from the pool: