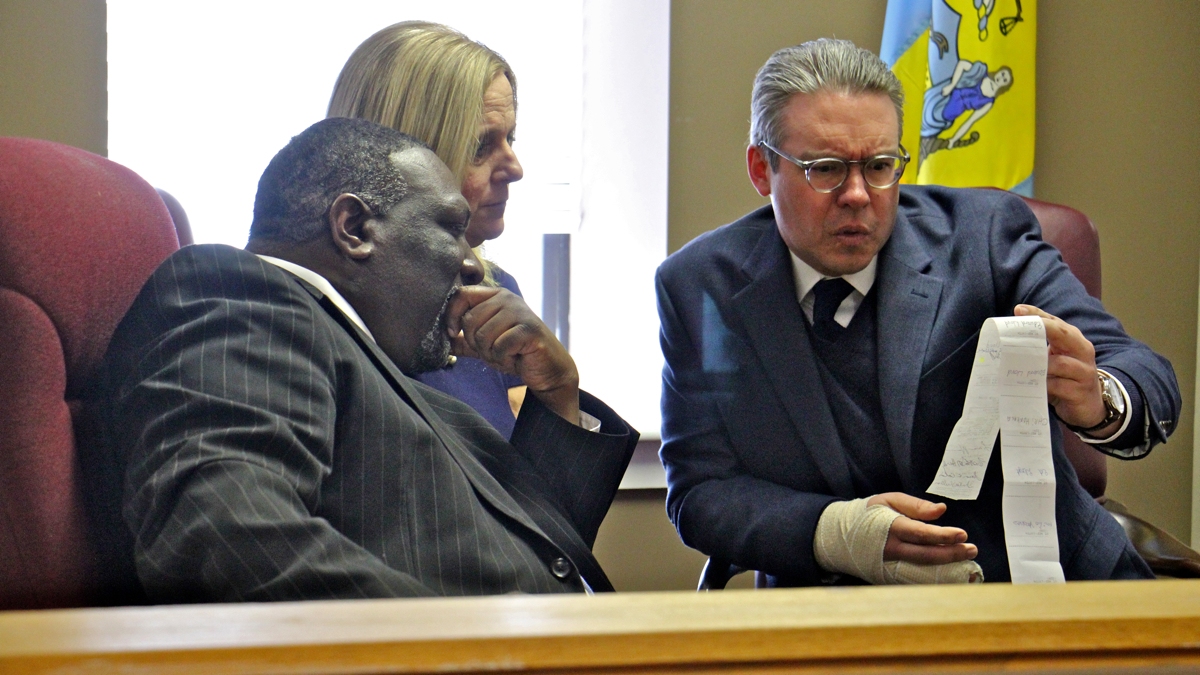 As you've probably read by now, Philadelphia 3.0, along with the Committee of Seventy and the Public Interest Law Center, filed a suit in the Pennsylvania Supreme Court. This suit asks the court to compel the President Judge of the Court of Common Pleas to appoint temporary election overseers to run Philadelphia's May 2017 primaries in the place of the City Commissioners.

To date, the Court of Commons Pleas hasn't been following the law. They've only been recusing the Commissioners from working in elections when they are on the ballot, but they should have been recusing them from running almost three-quarters of our elections since 2002. If we had been following the law, the Commissioners only would've worked about a quarter of the time, but still collected their full salaries of around $130,000.

These are the elections they would actually have been able to oversee: 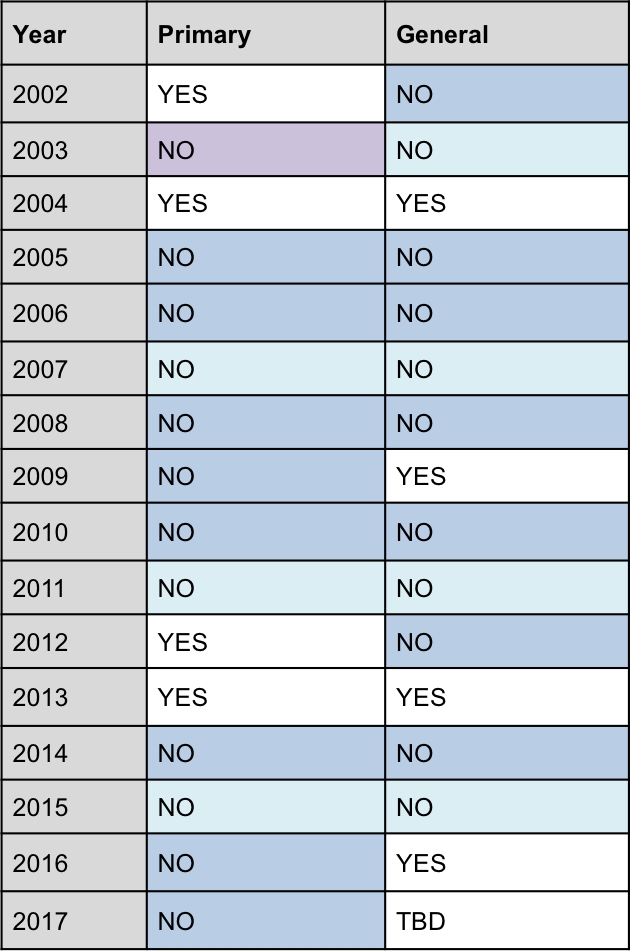 What happens if we win?

Obviously we believe our reading of the law is correct, and if the PA Supreme Court agrees, the City Commissioners' office will be left functionally obsolete. But the office isn't just going to disappear on its own. City Council is going to have to vote to strike the office from the Charter and create a new structure in its place. Abolishing the Commissioners Office doesn't require a Charter change, although the process is almost the same by design. And like a Charter change, voters will have the final say. (Nerds: Check out 53 P.S. § 13132, subsections (c)/(d) for more details.)

City Council has every incentive to do this. While the Commissioners' office is a patronage mill, and it has its supporters for that reason, the office is about to start getting in Council's way.

Although the past isn't predictive, anyone who follows local politics knows that City Councilmembers are big fans of Charter amendments. And they aren't likely to delay Charter amendments that they care about for years just so that the Commissioners don't have to sit out so many elections. It's easier just to eliminate the office.

On top of that, the Commissioners office costs taxpayers almost a million and a half dollars each year--money that the Mayor and City Council could almost certainly think of a better use for. We'd strongly advocate that they use that money to pay all poll workers a living wage. Keeping the Commissioners office going in such a greatly diminished state is going to be a political loser, and the Commissioners are going to have a big target on their back in next year's budget season.

There are a bunch of ways elections offices across the country are organized, but nowhere else in the US has three elected officials who do elections and nothing else. That’s probably because there isn’t enough work for such an arrangement to make sense. Take it from former Councilwoman and former Commissioner Marion Tasco. And, of course, there’s no evidence that our unique-to-Philly City Commissioners structure produces great results.

The three biggest flaws with the current system are that there aren’t any qualifications for being elected to the office (See: Anthony Clarke), the candidates are who they are (See: Marge Tartaglione), and there isn’t one person ultimately responsible for the whole operation (See: 2012).

The best possible outcome would be for elections and voter registration in Philadelphia to be managed by a professional and experienced Elections Director at the head of a Charter-sanctioned Department of Elections. The Elections Director would be appointed by the Mayor with the consent of City Council. This person would have experience running elections and, if necessary, could be replaced without the better candidate having to become a ward leader first.

The Elections Director would be responsible for all the stuff the State requires (eg. preparing poll books, maintaining division maps, and preparing ballots) but would also be expected to do more. The “doing more” could be almost anything—there’s a lot of room for improvement—but probably should include actively recruiting poll workers, updating voting technology, and advocating for elections reform at the state level. Or they could just start with remedying all the longstanding problems voters with physical and language access issues face every year. And, you know, making sure this shit doesn't happen. And remember: getting rid of the City Commissioners office doesn’t dismantle the entire elections infrastructure. Check out the org chart. It would just eliminate the row office and put one person, with an appropriately-sized staff, in its place. 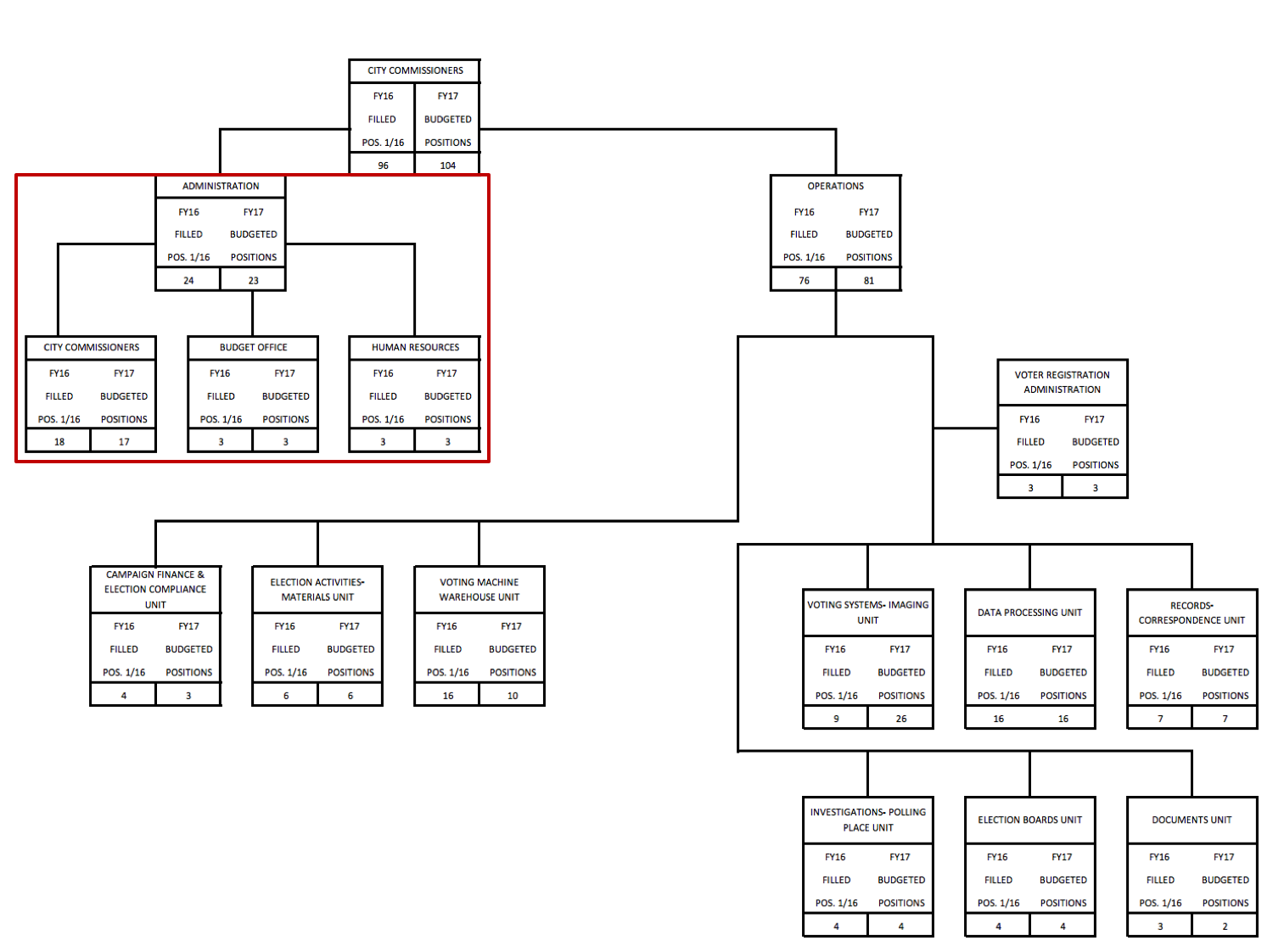 In the process, we would also reform our state-mandated County Board of Elections. The members of that board would be part-time, non-salaried, and reflect the diversity of the city. This group is tasked by the State with straightforward administrative functions—eg. selecting polling place locations, issuing poll watcher certificates, and certifying elections results—and none of that would change. That would be their job, no more, no less.

One final thought: The City Commissioners office wasn't designed to be operationally effective, it was designed to be politically valuable. No one was tasked with creating a system that would be optimally suited for the administration and oversight of our elections. The office was the product of political compromises made in the 40s and 50s as the City/County consolidation was finalized. No surprise, two of the first three Commissioners were charged with fraud related to the office. This system has always been broken, and now we really have to fix it.