Commercial Zoning and Neighborhood Retail: What Have We Learned 5 Years into Zoning Reform? 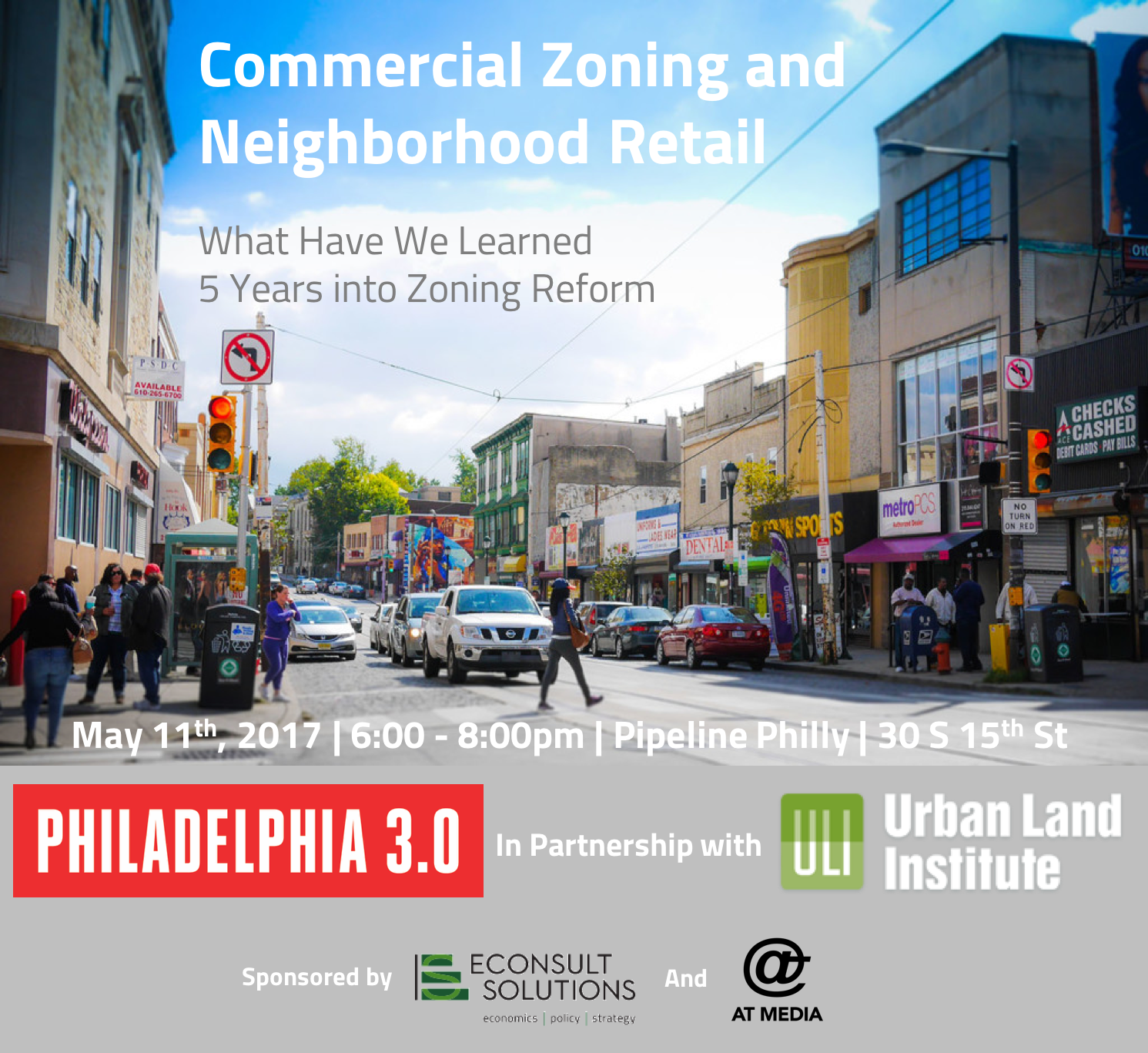 Mayor Jim Kenney’s administration has embraced neighborhood commercial corridors as a focus of their economic development efforts, and have emphasized various City programs and services they hope will breathe new life into neighborhood retail.

But five years after Philadelphia passed a major overhaul of our 1950’s-vintage zoning code, some developers say that the building blocks of neighborhood commercial zoning—CMX-2 and CMX 2.5—still need more work to enable the hoped-for local retail Renaissance. At the same time, not all local stakeholders are in agreement with some of the changes favored by developers, as they could involve more height and density.

Council and City planners have made various tweaks to commercial zoning, and there are more on the way, but the five-year milestone presents an opportunity for broader conversation about the economics of neighborhood retail development and the politics of zoning reform.

Join Philadelphia 3.0 in partnership with Urban Land Institute - Philadelphia for a discussion with local developers, neighborhood advocates, and representatives from the Philadelphia City Planning Commission and City Council about where Philadelphia stands on its zoning reform journey, and what further reforms might be conceptually—and politically—achievable.

Sponsored by At Media and Econsult Solutions