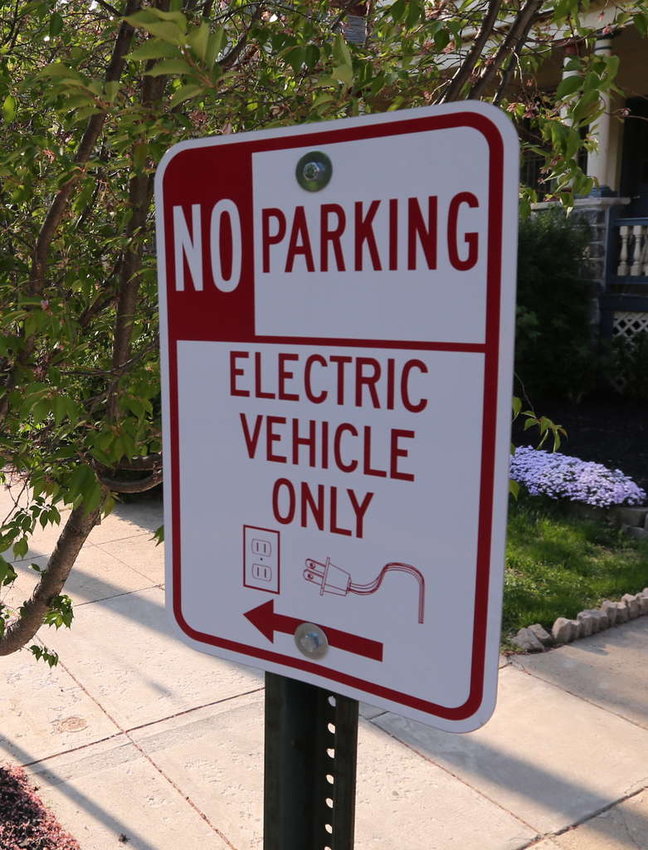 Earlier this spring, Councilmembers Mark Squilla and David Oh teamed up to pass a two-year moratorium on new electric vehicle charging stations after a few outspoken residents of Society Hill complained about the impact on curb parking for regular cars.

Under that policy, owners of electric vehicles could pay a fee to install a charging station in front of their homes, but would have to allow other EV users to park there.

As we wrote at the time, the political problem with the old approach wasn't that it was failing to get any takers, but that it was beginning to work moderately well. Over the decade that the policy was in effect, only 68 total charging stations have been installed. For context, there are roughly 43,000 metered and permitted on-street parking spots in Philadelphia, and vastly more free, unmanaged spaces.

So the impact on the total parking supply from these EV spaces is laughable, but the light trickle of applications was still too much for Society Hill parking activists.

“The old program was a good program to get electric vehicles jump started in the city, but its not something that can be scaled up everywhere,” said Chris Puchalsky, director of policy and strategic initiatives for the Mayor’s Office of Transportation and Infrastructure Systems (OTIS). “There just isn't enough parking spaces in front of everyone's house.”

“We want to try to find other ways where we can encourage the growth of electric vehicles and understand their needs without creating other problems,” he added.

More planning is great, to a point, but it's worth planting a flag in favor of not overthinking this because the original program basically had it right, and was scrapped for totally specious reasons.

Puchalsky is just delivering the talking points here, so we don't want to pick on him, but the notion that we need to plan for every single household to have an electric vehicle is a straw man, and so is this whole frame that the program had to be changed because it was outgrowing itself.

It's true that there are some legitimate complaints about the EV parking program as currently constituted that should be revisited.

The biggest one is that while other EV owners can park in the spaces, the owner of the charger isn't required to let those vehicles access their home electricity. Another issue was that the PPA wasn't charging enough money for what is essentially a dedicated on-street space for one person (at least most of the time.) It rubbed some people the wrong way that someone could effectively "privatize" an on-street parking space, but it's only really repugnant if you don't charge enough rent for the privilege. PPA was only charging $500 to remove a metered space, and just a $150 annual renewal charge in Center City and University City, and $75 outside those areas—a couple orders of magnitude lower than the fair market value.

There was also a legitimate critique from some corners of the urbanist community that installation of EV chargers at the curb substantially raises the difficulty level of converting parking lanes into bike lanes, especially when done through a scattershot process. The City Councilmembers of 2017 may not be clamoring to convert any parking lanes into bike lanes, but maybe one day when a real hero for bike-ped causes finally wins a District Council seat, they'll be hemmed in by the existence of these EV charging stations.

The last line of criticism is the hardest to work around, but the others are all eminently solvable problems that don't require a big Task Force or wholesale rethink to fix. The city had the right idea allowing private actors to build out the charging station network, rather than committing significant public resources to a technology whose mass adoption isn't a sure bet. Given all the other pressing issues in the city, it would be a mistake to make any big investments in EV charging stations with public dollars, or to commit public property to that use. For example, the city should not install EV charging stations on municipal parking lots, as those lots are worth far more as development sites than as subsidized parking for electric vehicle owners. It's a bad use of public resources on all levels.

If the PPA wants to pilot some charging stations in the garage structures they own, that's less objectionable, but it's still making a bet on a technology that it's far from clear will ever reach mass adoption, and is of lesser public value than other uses of parking revenue, like transfers to the School District and city budgets.