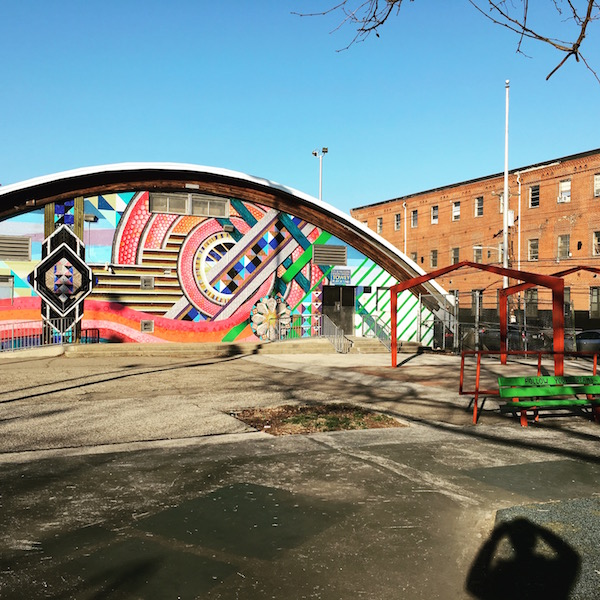 Back in early March, we outlined the five most important questions about Rebuild. Council passed an amended version of the bill in the last meeting of the session on June 22nd, so let’s see how things panned out.

We should highlight the most important section of the Rebuild legislation at the outset, as it applies to nearly every component of the program. Notably, that section writes Councilmanic prerogative into Rebuild in an impressively comprehensive way.

The Rebuild bill creates a Project Review Team (PRT), a jargon-y term to describe two people: One proxy appointed by Mayor Kenney and another appointed by Council President Clarke. All meaningful decisions—site selection, budget amendments, project managers—require the sign-off of the two-person PRT (read: Clarke), which means Council (read: the respective District Council member) has line-item veto power. The language used to describe this process is a dream for District Council Reps, since it requires that:

Prerogative in action. Keep this in mind as we get to the questions.

WHO WILL CHOOSE THE REBUILD SITES, AND MORE IMPORTANTLY, WHY?

This question was always more theoretical than practical. Or, said a different way, we always kind of knew where this was going to land.

When we published our initial post, Interface Studio had completed its assessment of all 400 potential sites along six measures: poverty, drug crime rates, public health, growth in household population (2000-2010), building permits pulled, and The Reinvestment Fund’s Market Value Analysis. From this analysis, Interface developed a rank order of all potential sites according to the projected impact that a rehab would have on the immediate community.

Though that work provided a reasonably complete picture of the most deserving Rebuild sites, it was a stoppable force that met a truly immovable object: Councilmanic Prerogative. As anticipated, District Council members demanded complete control over site selection. And they got it (See Above).

What does this mean? It means that squeaky wheel sites are likely to get the most grease, even though the neighborhoods most adept at squeaking the loudest are, in many cases, the places that will benefit the least from substantial intervention. To that point, it will be interesting to see if voter turnout rates in the divisions around Rebuild sites are higher than the district-wide average. A cynic might suspect, for example, that the areas that turn out the most for District Council members will get the most Rebuild love.

WILL EACH DISTRICT GET THE SAME AMOUNT OF MONEY?

Question 1 determines the answer to Question 2. It’s hard to imagine a scenario in which any elected official will participate in a process that gives their District short shrift. So yes, barring horse trading, they’ll all end up with roughly $50 million in capital investment.

WHAT'S THE ROLE OF THE NON-PROFITS?

In March, the biggest question regarding oversight was who would be tapped to project manage each Rebuild location. Initially, the Kenney Administration wanted to give that responsibility to large, generally apolitical nonprofits--Fairmount Park Conservancy and the Free Library Foundation—that have the capacity to oversee project management and do so largely free of Council influence.

Council pushed back, however, and demanded that the project managers (or Project Users, in Rebuild’s parlance) be smaller groups with deeper neighborhood ties. They got it, as the Rebuild legislation stipulates that grants can’t be awarded to Project Users without PRT approval.

But Council Members went a step further to demand that they should have the authority to choose each site’s contractors. That issue isn’t directly addressed in the bill, but District Council members select the Project Users and control the funding of the Project Users.

WHAT'S WITH THE RFP TO DESIGN A NEW MINORITY HIRING PROCESS?

We have no idea. The eContracts site doesn’t provide any information and we didn’t get a response from the City.

Based on their expressed desire to oversee contractor hiring, however, our supposition is that District Council members weren’t interested in a third-party actor recruiting and advocating for M/W/DBE contractors.

IS THIS GOING TO DIVERSIFY THE BUILDING TRADES?

Who the hell knows! Most District Council members used the issue of diversity/inclusion as an onramp into a conversation that was always about power and prerogative. But some of the At-Large members, recognizing that this issue was going to be their only point of entry into the Rebuild discussion, were primarily focused on this problem.

There are important levers built into the system that should, theoretically, allow the City to force the issue. Specifically, the City can halt payments when agreed-upon minority participation numbers aren’t met.

Thanks to the Project Review Team process Council managed to create, this is likely just the beginning of many years of exciting haggling and horse-trading.