Luxury Housing and Jobs: Can the Tail Wag the Dog? 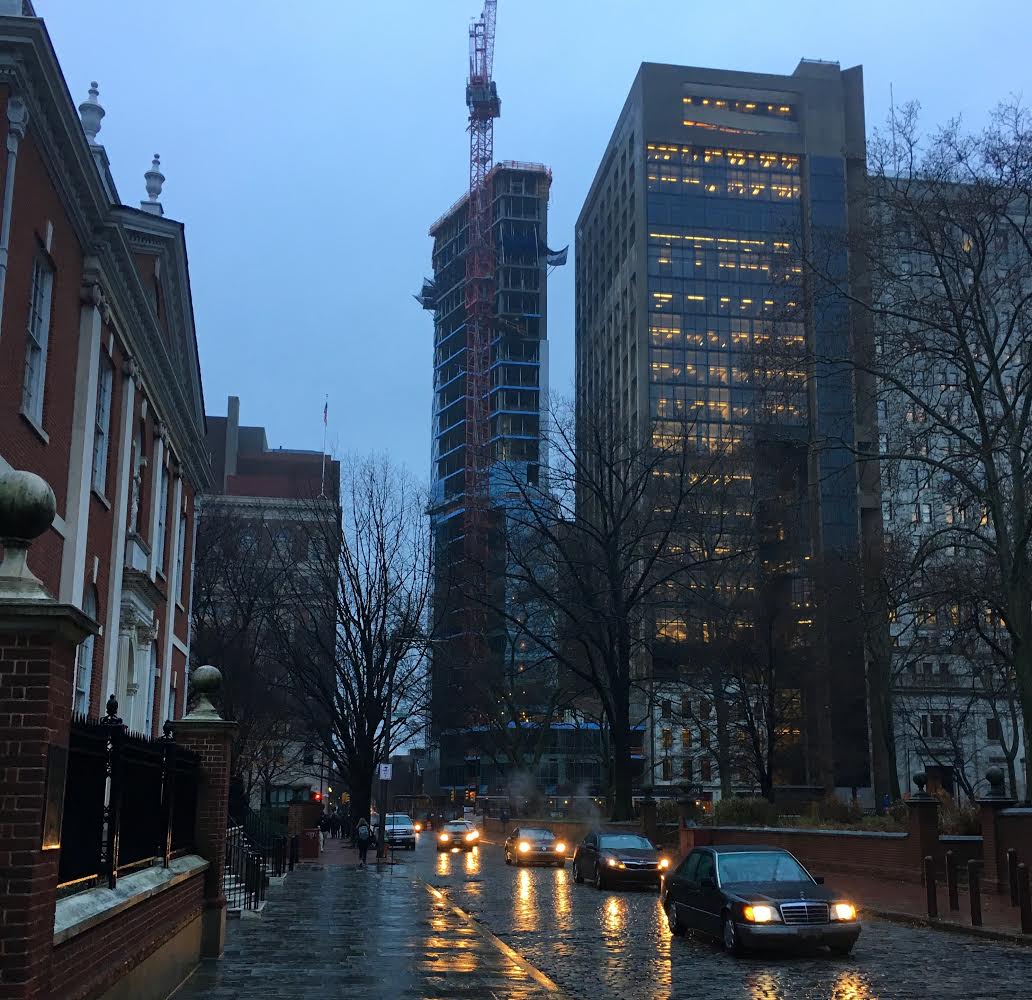 My friend Jake Blumgart is a guy with a pretty unimpeachable set of lefty credentials, so it was a lot of fun to read his unlikely apologia for ultra-luxury housing in PlanPhilly this week.

The focus of the piece is Tom Scannapieco's 26-story 500 Walnut project, which in 2016 broke the record for the highest sale price in Philadelphia when its penthouse sold for $17 million.

Blumgart makes the case that while some consider this type of very luxurious housing to be offensively garish, the benefits of attracting wealthy people to Philadelphia are being unduly discounted by political populists:

But there are many virtues to a diversity of incomes in a city. On a micro-level, there’s the trickle-down effect of wealthy residents spending more of their consumer and dining dollars in the city, and related tax revenues. On a larger level, there’s compelling research that shows wealthy people give more philanthropically when they live outside of wealthy enclaves. The city’s budget will be boosted by the tax revenues from the real estate transfer tax and, after the ten-year abatement expires, from property taxes. Better that City Hall ultimately gets that money than Blue Bell.

Better Philly than Blue Bell, indeed. This is all persuasive, and I would add that sustained multifamily housing construction is itself adding lots of non-college jobs and pushing up construction wages. Housing construction is an important segment of the local economy that tends to get weirdly discounted because the jobs are "temporary"--ignoring the fact that lots of people's careers involve an endless succession of starting and completing lots of different freelance projects.

The most interesting point in the piece has to do with the relationship between CEO housing preferences and office location choices. One common Negadelphian line of argument is that Philly can't just subsist on housing construction and our cool factor alone--we have to get serious about jobs. And we do! And there are lots of good ideas out there for how we might grow this or that homegrown industry, or create a better overall tax and regulatory ecosystem to support new and growing businesses. We should do more of this.

But what if the growing buzz around Philly as a cool place to live, and the strength of the local housing market, ultimately does bring jobs here, because CEOs increasingly feel that living in a Center City penthouse confers a higher status value than living in a mansion on the Main Line, and they don't want to commute very far to work.

Blumgart says there's some interesting evidence that CEO housing choices play an important role in business location choices, and part of what we're seeing with the new-to-Philly market for ultra-luxury housing is the return of the business class downtown.

There’s a longstanding narrative in urbanist circles that part of the reason for job flight, especially in the worst years of the urban crisis, was that employment followed CEOs to the suburbs. In the 1970s, William Whyte found that 31 of the 38 companies that left Manhattan one year moved to new locations within eight miles of the CEO’s home. In the words of influential urban historian Kenneth T. Jackson, “the most important variable in determining the direction of a corporate shift was the location of the home and country club of the chief executive officer.”

That’s very much an argument that Scannapieco and other like-minded developers buy into. When the investment firm Equus Capital Partners Ltd announced in February that it would be moving from Center City to Newtown Square, Domb saw it as another example of suburban CEO-syndrome. When he ran into Scannapieco after the announcement, the councilman told him that the city wouldn’t have lost that business if its CEO had bought a unit in 500 Walnut.

This isn't an argument that Philly's leaders should take their eye off the ball from important projects like reforming our tax structure or business processes. There's a ton of work to do to improve the fundamentals of our local economy, which continues to underperform relative to many of our peer cities.

But the popular complaint that growing Philly's cultural cache, with supposedly frivolous stuff like cute walkable neighborhoods and pop-up beer gardens, is a distraction from serious problems like Jobs and Schools misses the point. Business leaders are also humans who want to live in nice neighborhoods, don't want to spend too much time commuting, and want to feel like part of the action.

Within our region, all the action is in Philadelphia so it's not that surprising to see more regional CEOs moving themselves, and their companies, back downtown even in spite of all the well-known drawbacks.