Why is Philly's Housing Inventory at a Record Low? 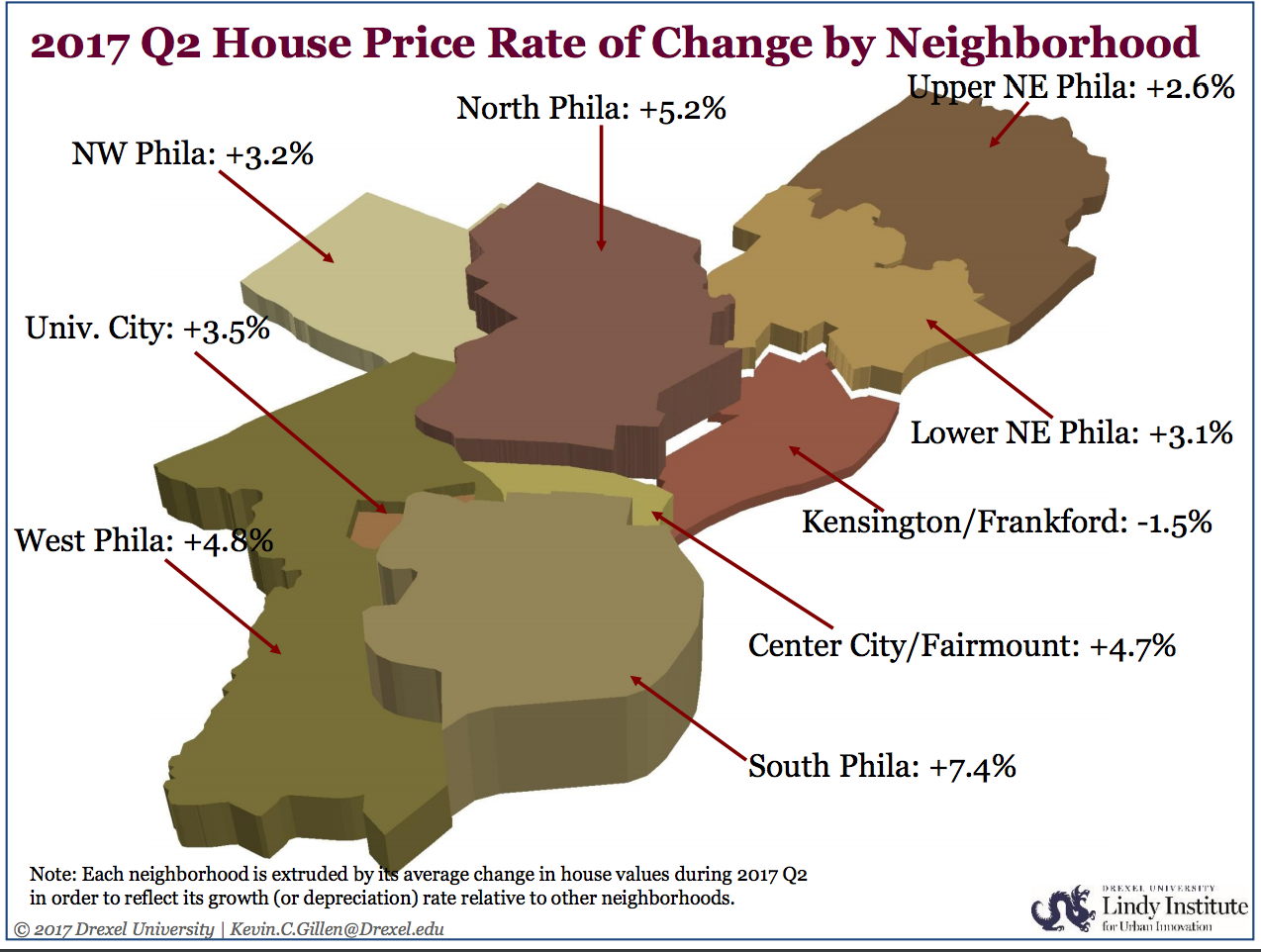 Melissa Romero reports that Philly has a record low inventory of homes on the market, according to the most recent Q2 housing report from the Lindy Institute.

"This is the first time that this number has fallen below 4,000 in the history of this data going back to 2001,” Kevin Gillen, senior research fellow at the Lindy Institute for Urban Innovation, writes in his latest second quarter report. “Combining such low supply with the current rapid pace of sales, it would take only 3.1 months to burn off the existing inventory of homes for sale."

To put that in perspective, Gillen adds, five to seven months is considered a “normal” or “balanced” market [...]

Such a low housing stock has created a sort of waterfall effect, causing skyrocketing housing prices and bidding wars. Gillen notes that the average price of homes in Philadelphia is now $198,150—a 13.2 percent increase from last quarter."

South Philly, in particular, has been seeing large and sustained price increases and low inventory. 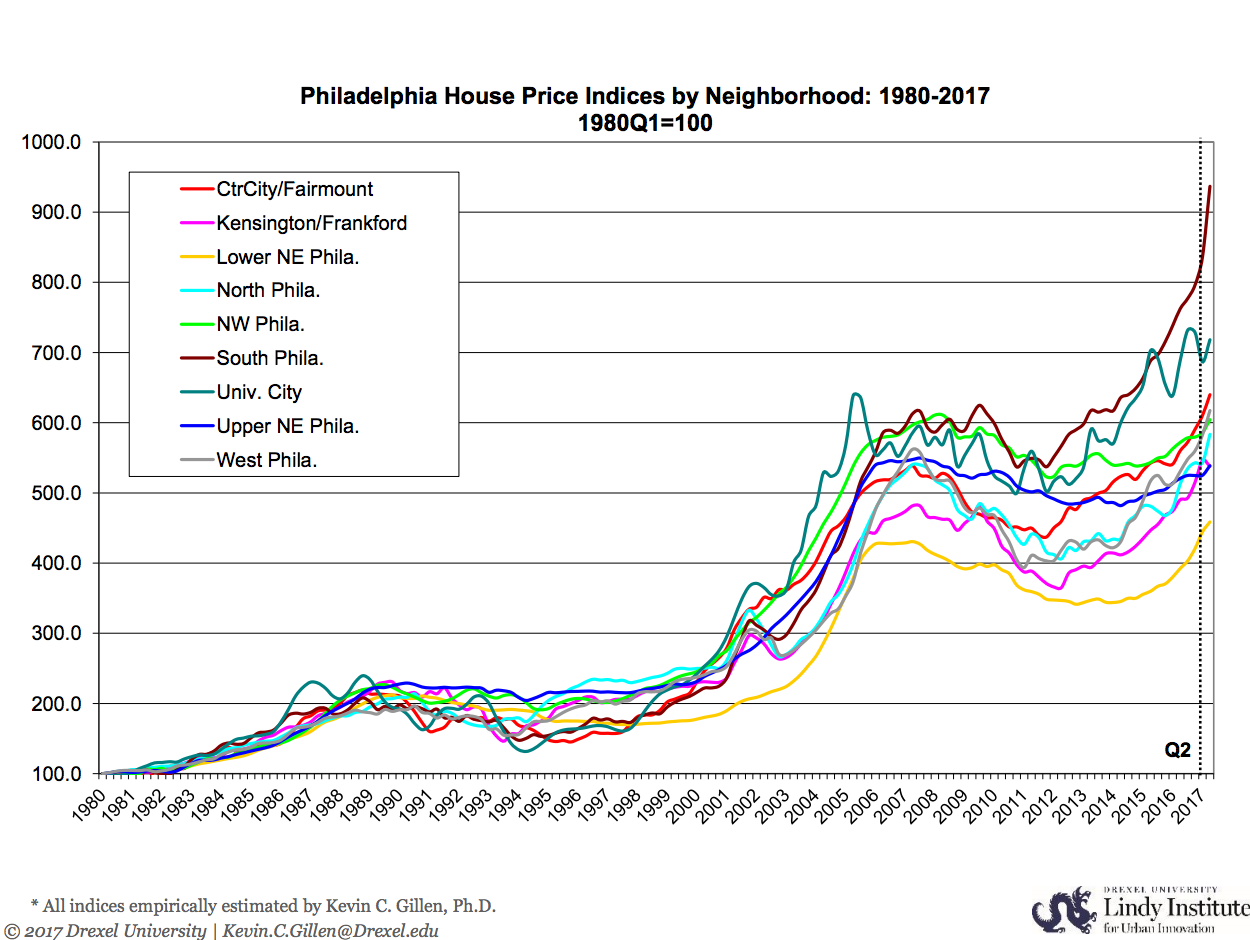 Why is this happening? Several other cities are experiencing the same low inventory trend, according to a new blog post at Trulia. They reviewed the evidence for five leading theories, and found that the trend can largely be explained by under-building.

Homebuilding’s impact – or a lack of it in some places – is by far and away the biggest influence when it comes to inventory woes, outweighing other explanations by a large margin. Across the 100 largest metros, our findings show that:

The Lindy report shows this pattern holds up in Philadelphia, where we've been under-shooting home construction relative to population growth over the past few years. The result is that there are fewer homes available than people want. 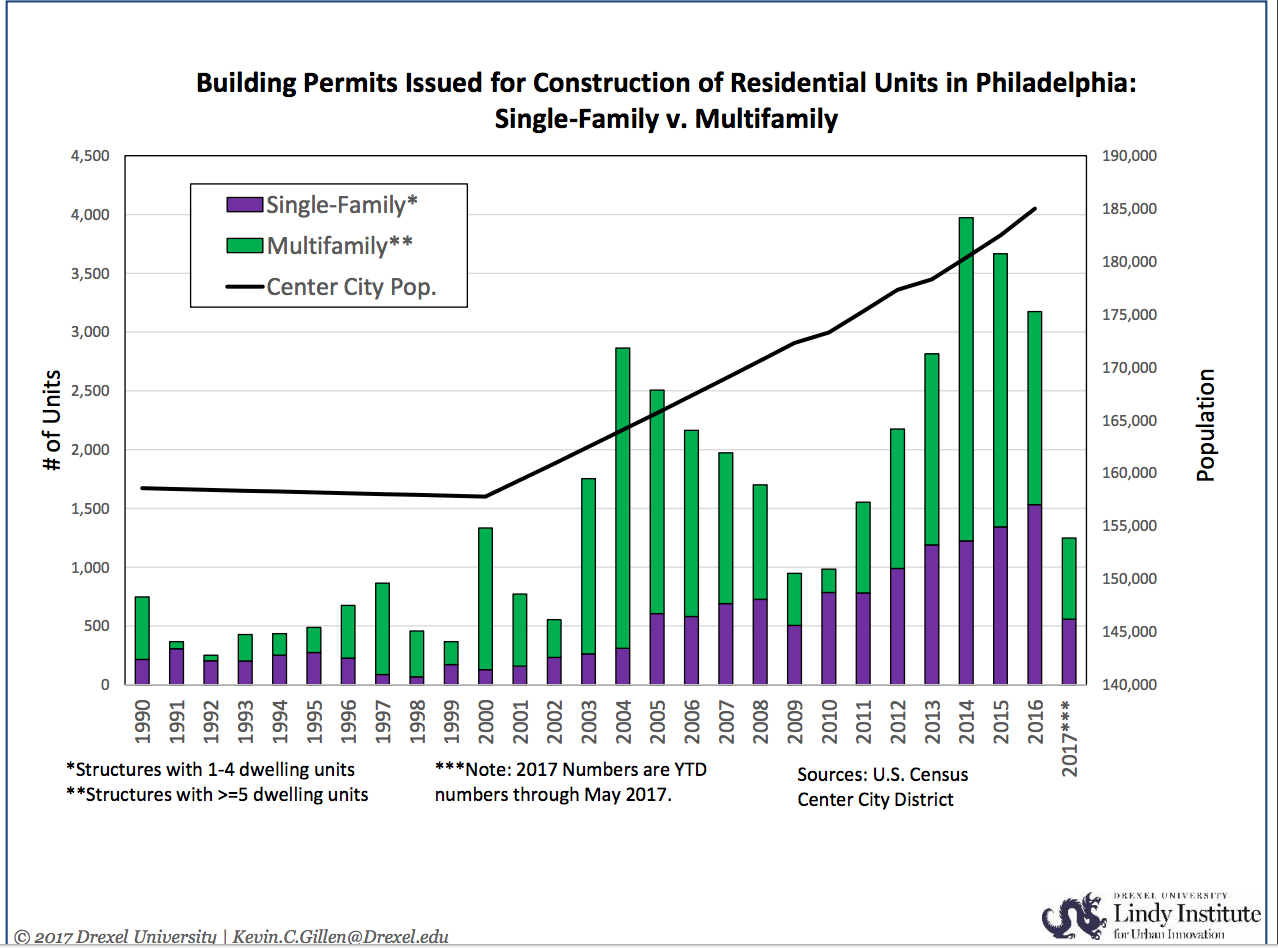 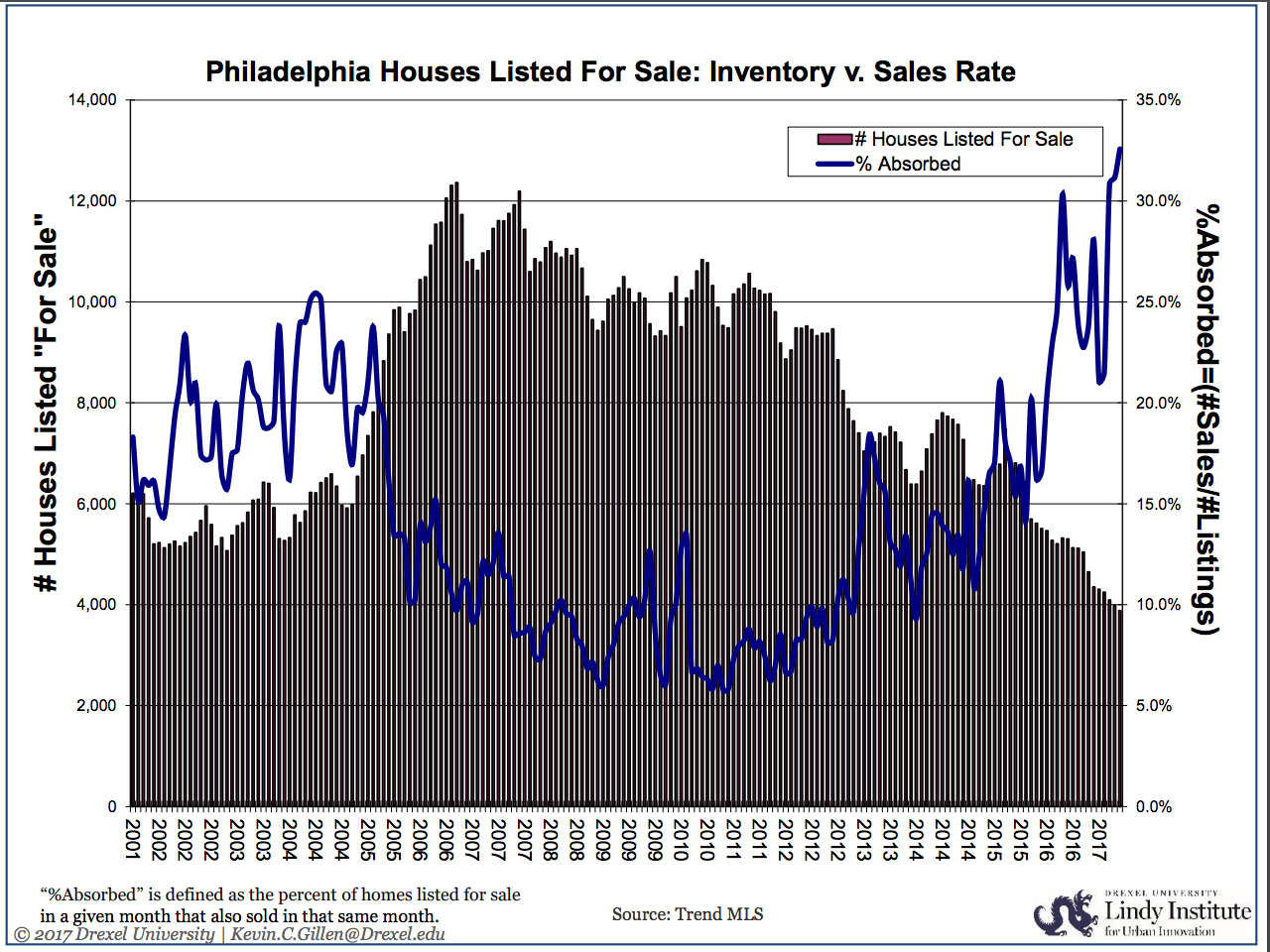 "Relative to population growth" is worth emphasizing. Jim Saksa talked to some economists who say if Philly's population growth starts to drip in the coming years, we may find ourselves with more homes than people want, and could see a drop in home prices. On the other hand, if population growth were to regain momentum, more central parts of Philly could be faced with an affordability crunch.

As Nela Richardson, an economist at Redfin, tells PlanPhilly, now is the time to plan and zone for more housing growth.

Richardson stressed that Philadelphia needs to plan for growth now to ensure that the housing supply can keep up with — and even overtake — housing demand. But in some of the city’s hotter neighborhoods, City Council is doing just the opposite, down-zoning large swaths in response to existing residents demands.

That makes it harder to build dense multifamily housing, the kind that keeps rents and home prices affordable in the long run.