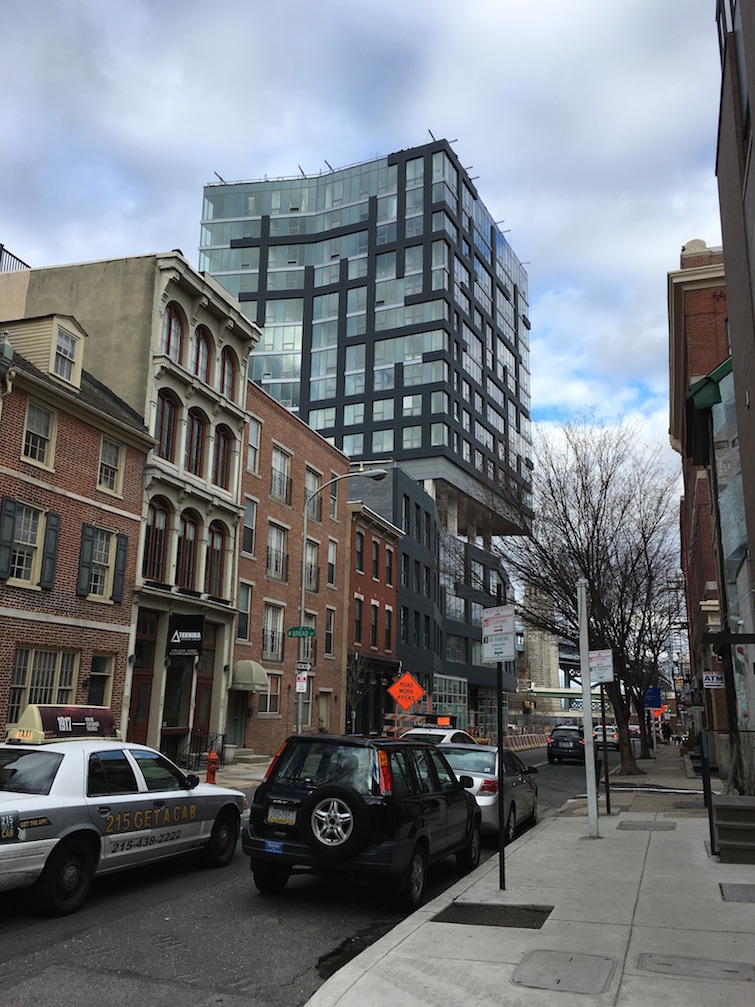 City Council will be debating a mandatory inclusionary zoning bill this fall that will require home builders to rent or sell 1 out of every 10 units in buildings with more than 10 units for lower-income people making between 30 and 50% of Area Median Income.

The bill as introduced appears to have undergone no prior analysis, and the word on the street is that its sponsor, Councilmember Maria Quiñones-Sánchez, just wanted to put something out there so stakeholders could get started workshopping it over the summer. The numbers and ratios in there now are placeholders, and are almost certain to change.

But even the very aggressive framework laid out in the bill illustrates the scale problem that's common to all inclusionary zoning programs: they just don't produce very much affordable housing.

Here's a chart from a 2014 New York City Planning Department report reviewing the impact of other cities' IZ policies. Check out the rows for Total Unit Production and Total In-Lieu Fees Collected. Even in much stronger real estate markets, the number of units produced is paltry. (h/t City Observatory) 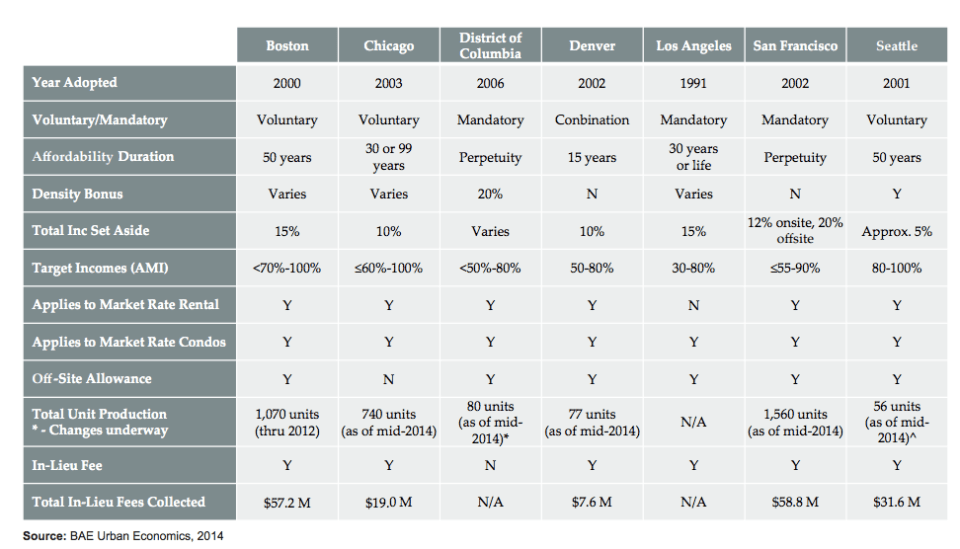 Jared Brey did some quick and dirty math in a write-up of the bill at Next City, and found that it would have produced only 163 below-market units if it had been in effect last year--which was quite possibly the high-water mark for multifamily construction this business cycle. That is a very small number compared to the frequently-referenced 100,000-person wait list for affordable housing. At that rate, it would take 613 years to clear the backlog.

But even the very low 163 unit number relies on the assumption that mandatory IZ would have no effect on the total number of units built, which is just pure fantasy. A tax on construction, which is what IZ is, is going to reduce the overall volume of construction by some amount.

A paper for HUD co-authored by Columbia University's Lance Freeman and Jenny Schuetz of the Federal Reserve reviewed a range of housing affordability policies cities have deployed, and found mixed results for IZ, along with "some evidence that IZ contributes to higher housing prices, reduced construction, and a shift toward smaller housing units, but these effects vary across regions and time periods."

While the political appeal of IZ stems from the seemingly magical opportunity to produce affordable housing units without raising taxes, the reality is that the units are paid for by slightly increasing the prices of other market-rate housing units. Ultimately, IZ is a tax on the other tenants of the building, not the developer.

Proponents of IZ are free to argue that reducing the total amount of housing construction or raising housing costs for some users of housing is worth it in order to produce some more affordable units, but the persuasiveness of that argument will depend on the relative benefits, which look to be pretty puny.

As we wrote a couple weeks ago, it may be possible to imagine a scenario where the density-for-IZ trade at the heart of this bill creates generous enough offsets in the upzoning department that it leaves all parties better off. But the bill as-written doesn't achieve that, and it's pretty hard to argue that the downsides for housing construction are worth tolerating for a measly 163 units a year.