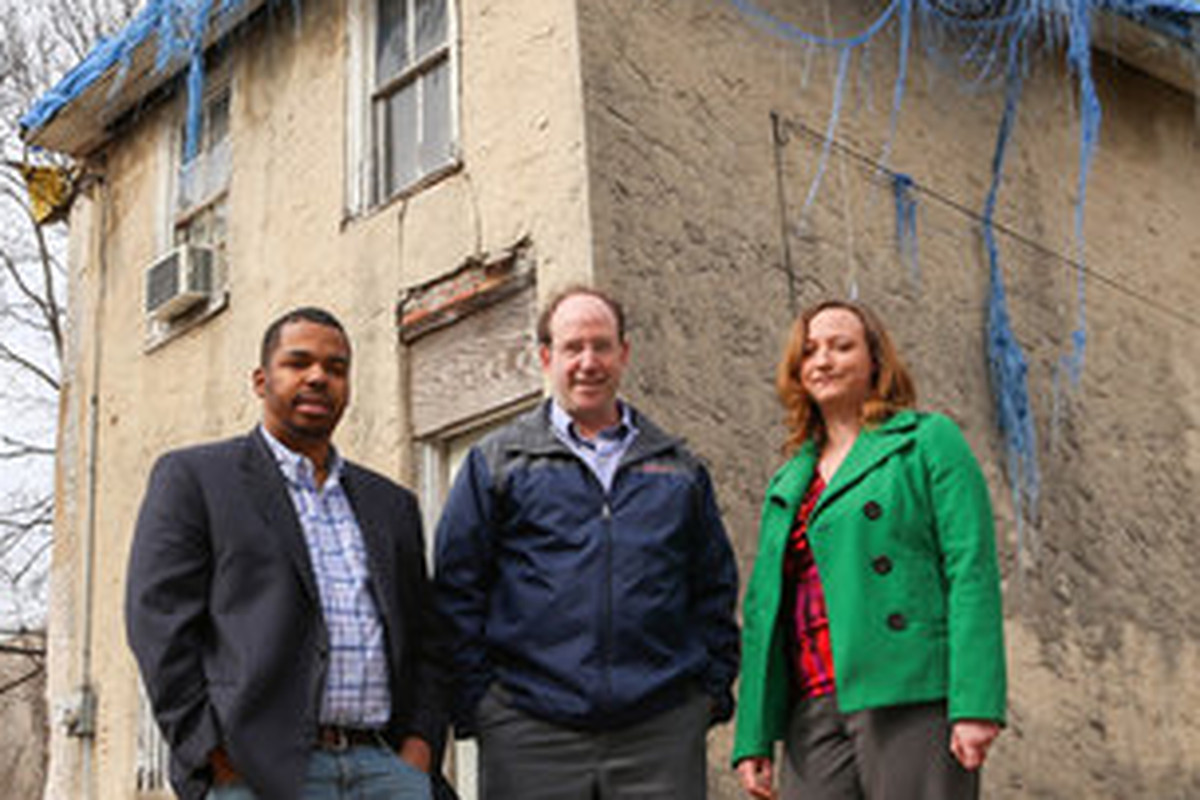 Northwest Philly developer Ken Weinstein of Philly Office Retail has been running a neat program called Jumpstart Germantown for the past two years, where he trains and coaches people to manage small development projects in Germantown, and critically, provides loan financing for those projects.

Jake Blumgart reports that none of the newbie developers have defaulted on one of the loans so far.

At any given time, the program has about $2 million lent out to novice developers. Over the last two years, that’s added up to over $5 million overall with $1.4 million already paid back into the line of credit from JPMorgan Chase to fuel further lending to new developers. They usually offer 85 percent  loan-to-cost ratio, which is considerably higher than what banks offer.

The program has closed on 48 loans to date, for 40 developers, and the loans range from between $45,000 to $500,000 per project. (193 would-be developers have graduated from Jumpstart’s training program, some of whom have gone on to invest in properties without help from the loan program.) There have been no defaults.

Almost all of the money goes towards the purchase and rehabilitation of single family homes like the one on Rittenhouse Street, along with some three-to-four bedroom units and one mixed-use property that includes coffee shop.

Blumgart talks to two program graduates, Brandon Irving and Christopher Williams, two guys in their early 30's who are working on their first project rehabbing a house on Rittenhouse Street in Germantown, and who are hoping to parlay this into a business venture.

It's a feel-good story that also underscores how important the ongoing work of zoning reform is for broadening the number of people and neighborhoods that can share in Philly's recent growth.

The Planning Commission released a survey this week asking zoning code users like developers and RCO members how well the new code is achieving its original goals five years in, and one of the things they ask is how well the code is doing at "[providing] consistency and understandability" and "[making] future construction and development more predictable."

This is tough to answer because it isn't the code per se that's jamming people up, but rather how the code is wielded by City Council, and whether those categories are applied in a way that makes sense. In many parts of the city, such as Germantown, buildings have outdated or inappropriate zoning, and if you want to redevelop or reuse them, you're pushed into the very political process of seeking a zoning variance.

That adds a lot of expensive delays and uncertainty into the process, and makes it less likely that the project will happen, particularly in a place like Germantown where selling prices are lower. Established developers like Weinstein are better equipped to weather the political rigamarole and hire attorneys to get zoning approvals, but that kind of process shuts out people like his program graduates, many of whom are just starting out and doing small and medium-sized projects outside of Center City.

The Planning Commission's ongoing zoning remapping process, where neighbors do a deep dive into the neighborhood's zoning and recommend changes, unfortunately has been stalled in the 8th Council District, due to foot-dragging from Councilmember Cindy Bass. According to some neighborhood advocates, Bass agreed to host one community meeting last year, that would focus on just one section of Germantown. The meeting was well-attended, but afterward when constituents followed up with Bass, she reportedly resisted moving forward with the remapping conversation.

Weinstein hosted a few of his own neighborhood meetings about zoning remapping to raise awareness of the issue. Cleverly, the meetings were hosted in buildings that he would like to restore, but have inappropriate zoning. Bass hasn't budged, and there's been no recent news on the remapping front in about a year.

It's understandable why City Councilmembers would want to build a lot of political discretion into the approval process for neighborhood development projects, but the trade-off is that a process with lots of political discretion is more expensive to participate in, and that boxes out small businesses and small projects that many people say they would prefer as a model for neighborhood revitalization.