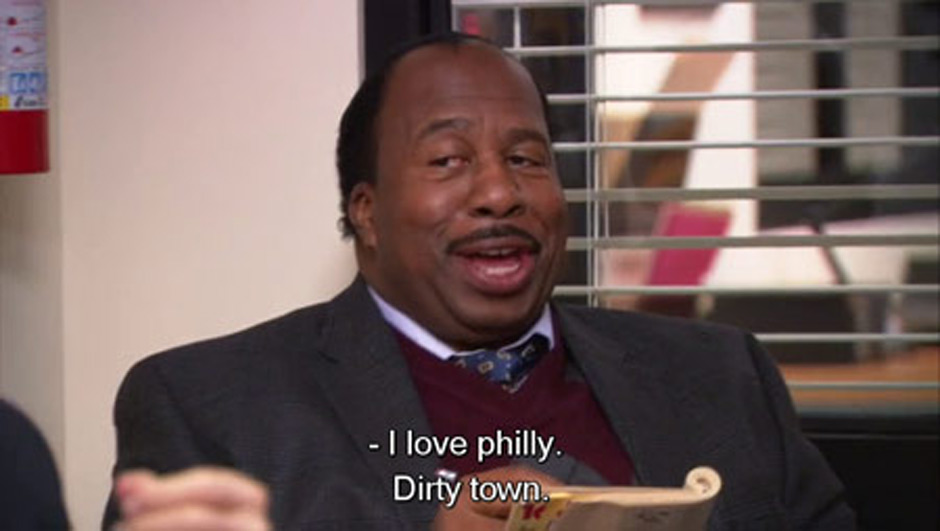 Sign our petition to tell Kenney to keep his campaign promise, and bring back street-sweeping services before the end of his first term.

When you type "Why is Philly so" into the Google search bar, the top result is "dirty."

There was even a gag about it on The Office:

While people like to joke that this is because Philadelphians are an exceptionally dirty people, the truth is that city government has simply failed to adopt any street cleaning approaches that work.

From the accountability-free block captain program to the slam poetry-based UnLitter Us campaign, we've tried every gimmick and outside-the-box idea out there. None of it has worked. What we need is a tried-and-true, inside-the-box solution that's working fine in American cities large and small: cleaning the damn streets! Embarrassingly, we're the only major U.S. city without any official street-sweeping program.

On the campaign trail, restoring the street-sweeping program was a regular part of Kenney's stump speech, and when he was asked by our friends at 5th Square about the trade-off at the heart of the street-sweeping debate—should people have to move their cars sometimes for cleaner streets?—Kenney took the position that cleaner streets are worth the occasional hassle of alternate-side parking.

The red flags started going up right after the May primary. That summer, Kenney started backtracking, saying he'd only bring the program back for neighborhoods willing to move their cars, and there would be some kind of opt-in or opt-out provision. Kenney didn't talk about it after that, embroiled as he was in the soda tax and Pre-K/Rebuild debate, but his appointees at the Streets Department didn't seem to be exploring it either.

Earlier this year, we identified the Zero Waste committee as the best opportunity for Kenney to make good on his street-sweeping campaign promise, and it does get a very brief mention in the Zero Waste Action Plan released this week.

The problem is that it's listed under "Long-Term Priorities," and with the most non-committal possible language. At some undefined point in time, the administration will maybe "consider restoration of street sweeping."

As we've argued previously, street-sweeping should be one of Philadelphia's bedrock municipal services. It's relatively cheap, costing the capital budget just $18 million in to buy the sweepers, and about $3 million in annual salaries to clean the whole city every other week. The problem isn't money—it's people who don't want to move their cars, even occasionally.

Kenney is already on the record saying that he wants to take the cleaner streets side of that trade-off, and now it's time for him to make good on that promise.

Sign and share the petition, and help us send a message to Kenney that he needs to put clean streets first, and be accountable for what he promised the voters.