Map: The KOZ Properties Proposed for Each City Council District 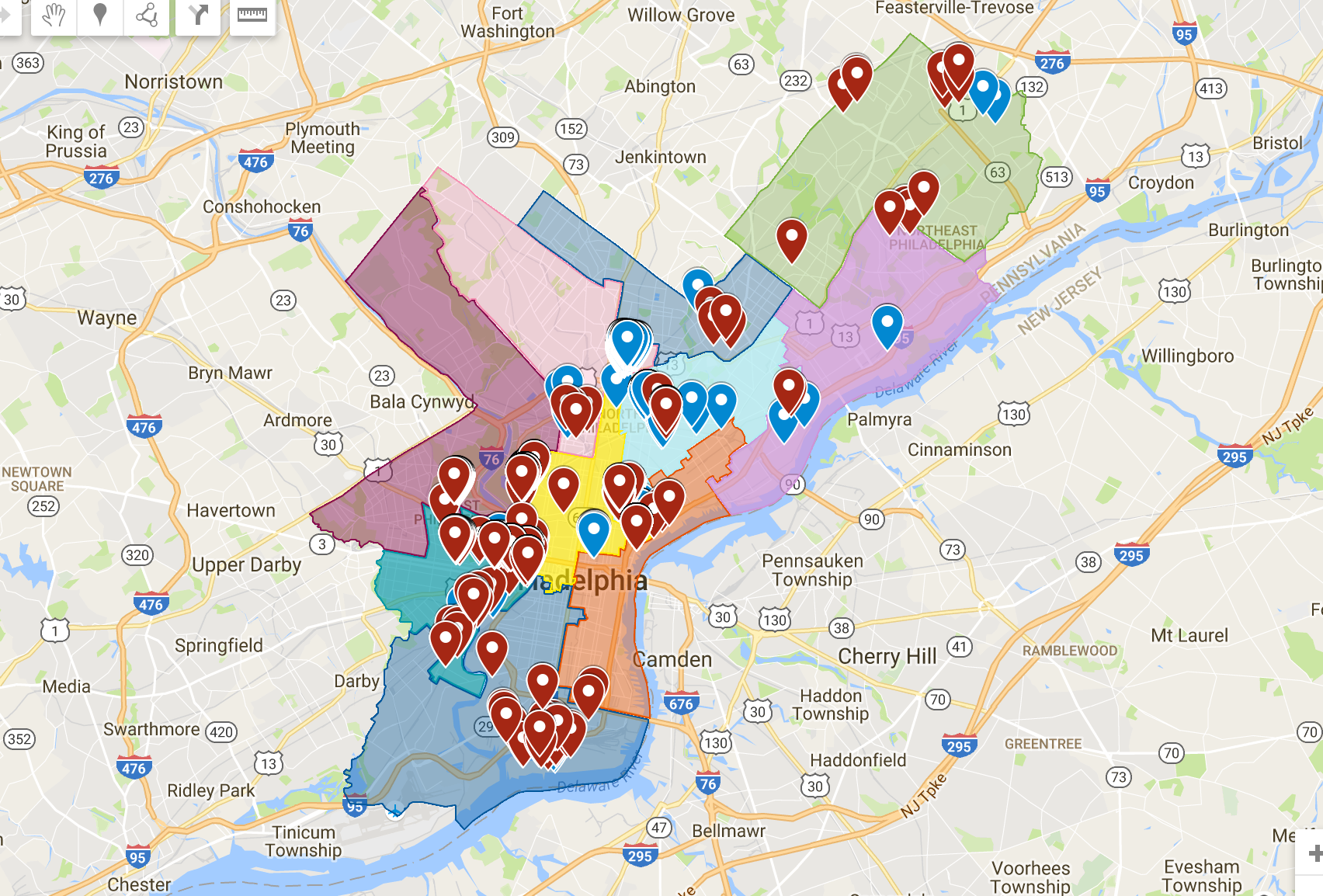 WHYY's Tom MacDonald confirms that the Keystone Opportunity Zone bill we wrote about is indeed on a fast-track in City Council, and the need for speed is stemming from a state deadline.

From the NewsWorks article:

The bill got a hearing in less than a week to meet a state deadline, said Councilman Bobby Henon [...]

Commerce Director Harold Epps admitted the bill was rushed and wound up eliminating some properties officials didn't have time to research properly.

But the state's July legislation gave the city little time to respond, and applications to create new zones must be submitted to the commonwealth by Oct. 1.

We'd love to know which properties were nominated but then eliminated, or what District Councilmembers would say is the rationale for some of their selections.

For example, one year ago the former Pep Boys property at 41st and Market in Jannie Blackwell's district was announced as the location of the 3.0 University Place office building. Now it's in line for a KOZ, even though there was already a plan to build on the site.

That's a nice cherry on top for the land owners, but it's clearly not the case that nothing would be built here if not for the KOZ designation. How many other properties are like that?

We probably won't know before City Council votes on this because it's moving so fast, but thanks to our intrepid intern Rachel Sandler, you can now get a better handle on which Councilmembers are pushing which properties for tax-exempt KOZ status.

Check out our updated KOZ map to see which properties have been nominated in each Council District, and flag any interesting ones that you see in the comments.