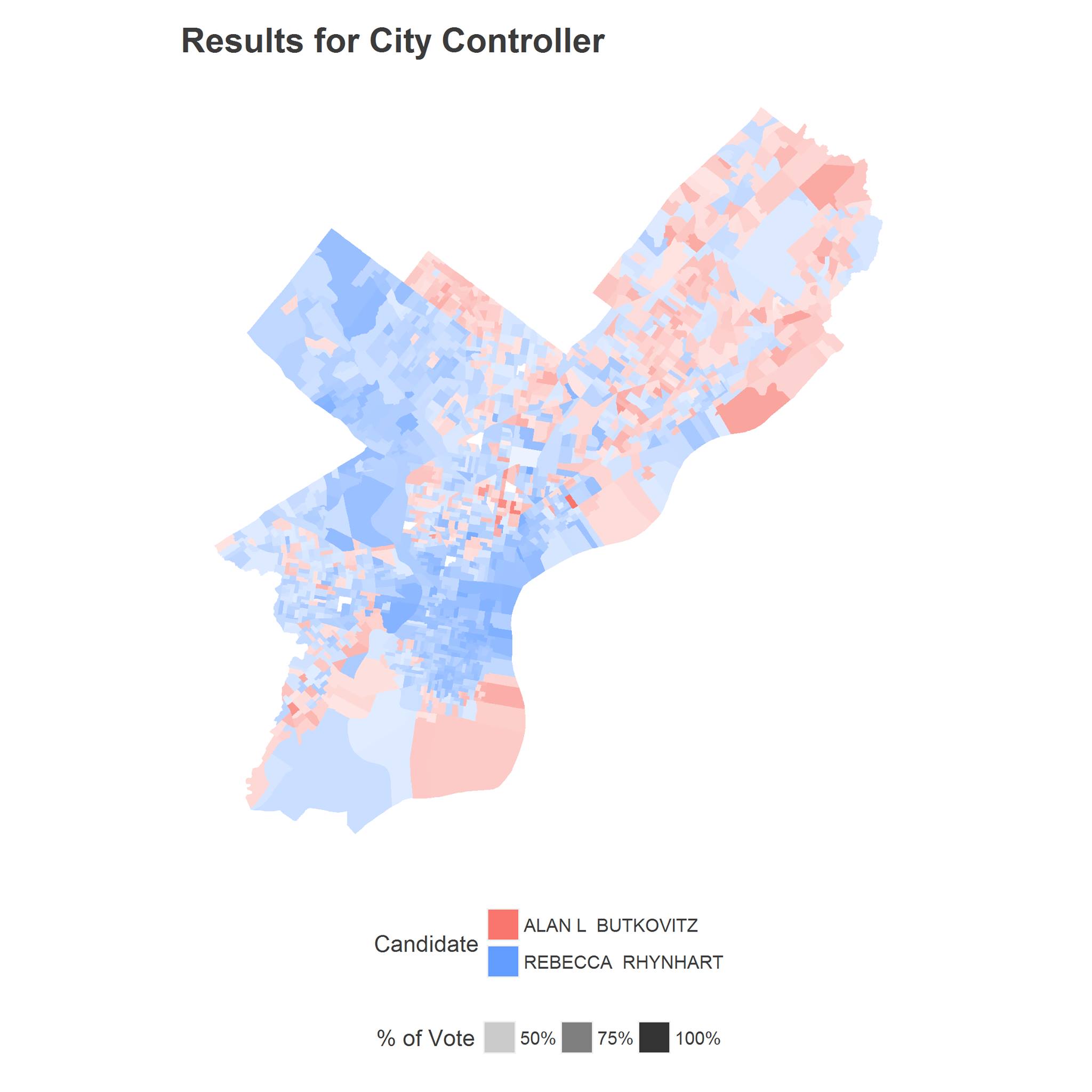 For starters, Rhynhart received about 25% more votes than Krasner did, and was the top vote-getter for citywide office on Tuesday. At the time of this post, with 99.64% reporting, Krasner has 58,716 votes, and Rhynhart has 78,277 votes. It would be pretty weird to say that a candidate who received more votes was carried by a candidate who received fewer votes, even if you assume a 100% overlap in support.

Krasner also didn't issue a ballot with a slate of recommended candidates for other offices. (There was apparently a Krasner ballot floating around Tuesday that was issued by an unaffiliated PAC, featuring Alan Butkovitz in the Controller slot, but it didn't appear to be very widely distributed.) Because Krasner didn't have a ballot, his supporters weren't being pointed to Rebecca in any direct way.

Rhynhart did appear on several other District Attorney candidates' official ballots: Joe Khan, Rich Negrin, Michael Untermeyer, and Tariq El-Shabazz. While having some cross-support from these candidates' field programs undoubtedly helped Rhynhart, it's unlikely that the sample ballot game would account for her 18-point rout of Butkovitz. Why? Because ballots are a numbers game. Most of the ballots in the field weren't candidate ballots, they were ballots issued by the 66 wards. And of those ballots, only one (the 52nd ward) featured Rhynhart's name. Astonishingly, despite appearing on one single ward ballot, Rebecca won 51 wards. Including, most notably, 16 wards that Krasner lost. Put another way, Krasner lost nearly a third of the wards that Rhynhart won. 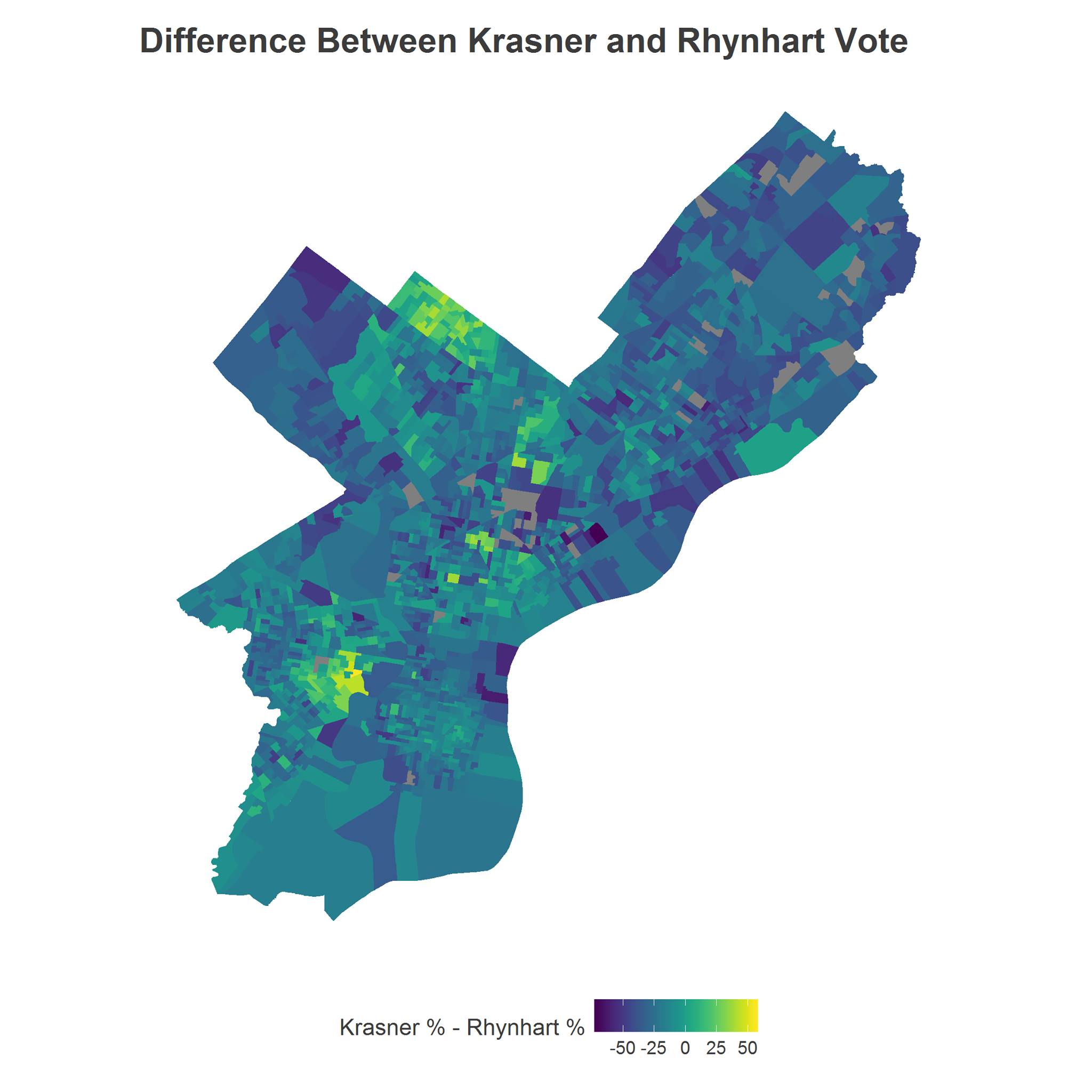 With all this in mind, the most likely explanation is the most straightforward: Rhynhart had the more compelling message in the Controller primary, and voters found her to be a more believable choice for the City's fiscal watchdog. She outpaced Butkovitz's fundraising in the final weeks of the race (despite a cash-on-hand advantage for the incumbent) and her campaign spent the money efficiently to deliver that message, with a small field program and a small TV ad run.

There's no denying that Rhynhart was certainly helped by an exciting and competitive open primary for District Attorney, which boosted turnout 55% over the last competitive D.A. primary in 2009. It's perhaps even likely that the unexpected additional 60,000-odd voters disproportionately voted for Krasner and for Rhynhart. But you don't get to an 18-point margin of victory from those additional voters alone.

Rhynhart and her campaign team deserve a lot more credit than some are giving them, for achieving a win that local politicos will be studying for years.