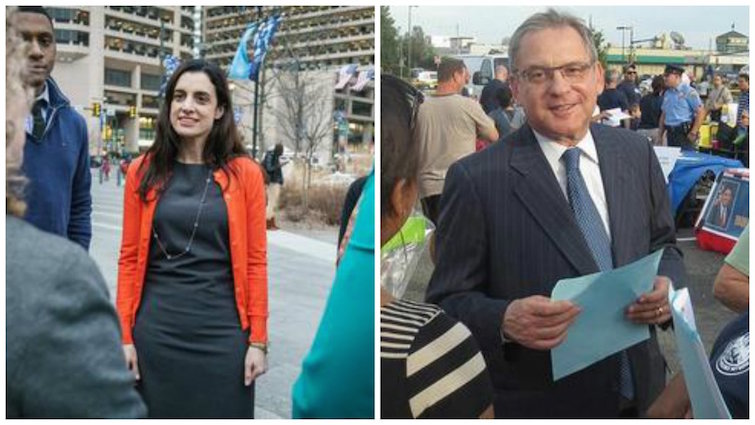 The big question coming out of the 2017 municipal primaries is whether the results, which were a total black eye for the traditional Democratic Party machine, should be seen as a one-time fluke, or whether they're part of an ongoing trend that spells trouble for other incumbents in the 2018 and 2019 election cycles.

The official results of the 2017 primaries will be certified next week, and we're getting excited to dig into the surprising results with this question in mind. We'll soon know a lot more about the demographic breakdown of the vote that carried Larry Krasner and Rebecca Rhynhart to unexpected victories, and whether a surge in participation from younger voters played a role. And we'll also know who specifically ran write-in campaigns for Board of Elections (who may have used the Open Seat Finder web app to find open seats in their neighborhoods.)

One fact that points to the trend explanation is that the "liberal wards" Democratic City Committee chairman Bob Brady credited for carrying upstart Controller candidate Rebecca Rhynhart to victory have actually been increasing as a share of the voting population for more than a decade.

This chart, from friend of the blog Jake Liefer, compares the percentage growth or loss in vote share for each ward as a percentage of total turnout between 2005 and 2017. The year 2005 is the first year that the Commissioners' Ballot Box app has data for.

The largest increase in total vote share occurred in the 27th ward (West Philly near Penn), which doubled its percentage as a fraction of turnout. The other big growth areas were the 2nd, 5th, 18th, 30th, 31st, and 46th wards--all of which were on the list of Rebecca Rhynhart's top 10 wards.

These are all the areas we know are growing the fastest in population: southern Center City, Old City, Northern Liberties, Fishtown and lower Kensington, and the Baltimore Avenue corridor.

The more interesting phenomenon, though, may be the continuing outward spread of "Center City" candidate preferences deep into South Philly, the Riverwards, and westward along Baltimore Ave. Not only are those areas starting to vote differently, but their share of the vote is also increasing.

The wards whose share of total turnout has shrunk the most were the 7th, 19th, 37th, 41st, 54th, 56th, and 62nd wards--mostly in lower Northeast Philly and the "Badlands" section of Kensington. The 19th, 54th, and 56th wards made the list of Alan Butkovitz's top 10 performing wards.

If these trends continue, the impact on the politics of the 2019 elections for the 1st, 2nd, and 5th Council Districts could be significant.