MAP: Who Won Philly's 2014 Democratic Ward Committee Elections, and By How Much? 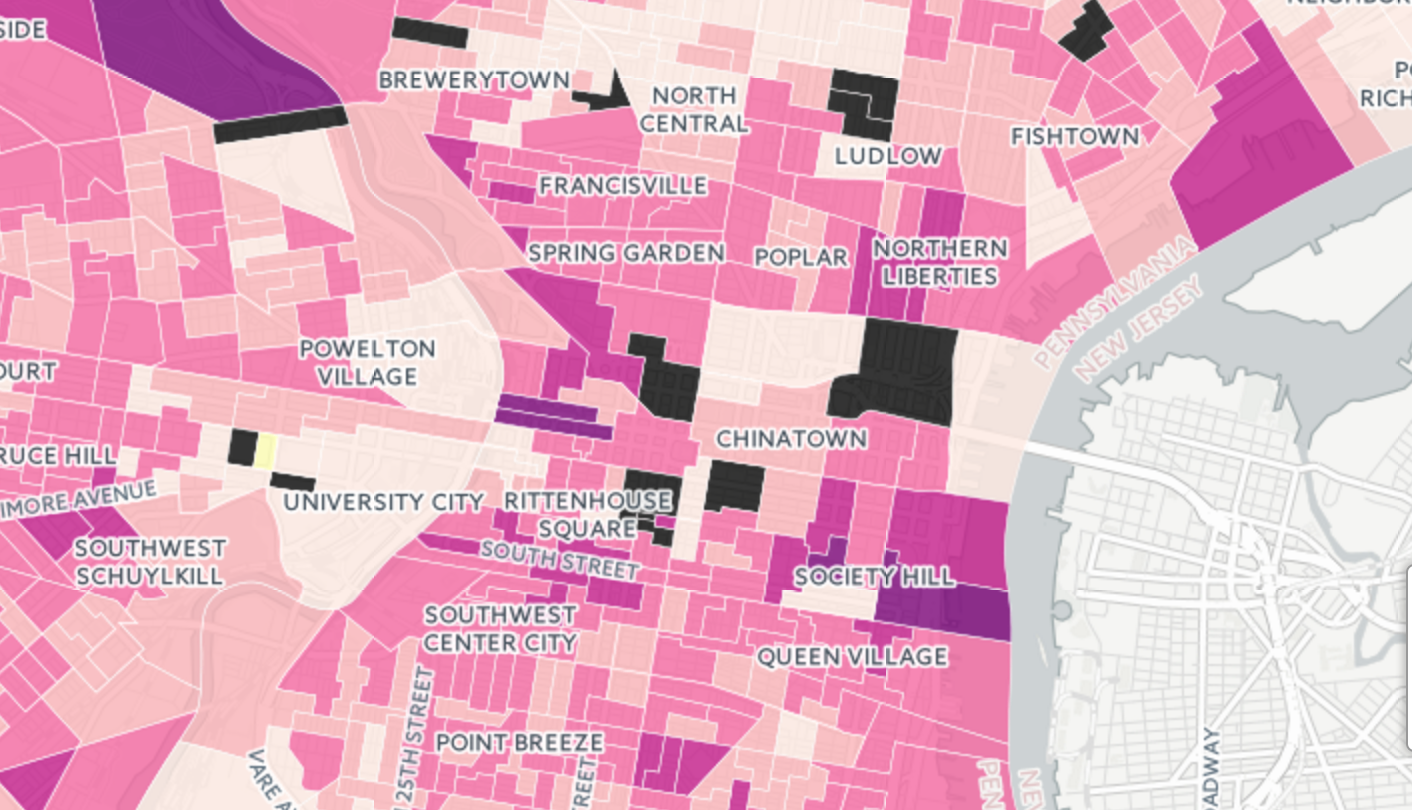 The 2016 Election results have stirred up a lot of restless political energy in Philadelphia, and we've been encouraging people to put that to positive use by signing up to run for local ward committee seats.

We're excited to report that so far, over 230 people have answered our call to action, so we could have the numbers to make a real difference in the 2018 elections (or even right away since many people who signed up live in divisions with open seats.)

To see if you live in a division with an open seat, find your address on this map created by our GIS analyst friend, which shows divisions with two open seats (black), one open seat (gray), low-vote seats (lighter), and high-vote seats (darker.)

Each division can (and should) have two committeepeople, so the votes received by both committeepeople are added together to give you a sense of whether the division has a higher or lower barrier to entry. Seeing how many votes your committeepeople won can help you determine how they got into office--low numbers suggest a write-in campaign, for example--and can help you set a goal for the number of votes you'll need to win.

Check out the map below to find your division (or click here for a larger version), and then sign up here to learn more about how to run for ward committee.