How Badly is OPA Going to F*ck Up Commercial Property Assessments? 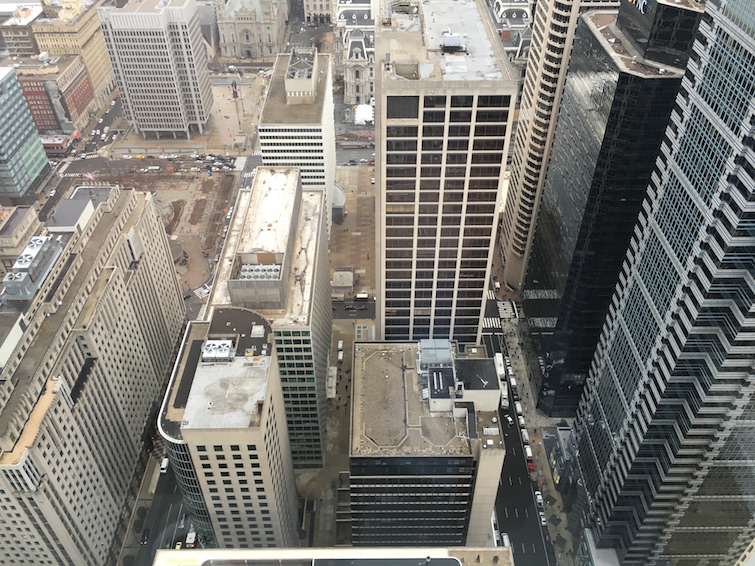 If you liked last year's big land reassessment drama, get ready because the sequel--commercial property reassessment--is going to be even more action-packed.

The Kenney administration is planning to release the data on the new values in a late Friday afternoon news dump, according to the Inquirer.

The move sets up a number of political conflicts that are going to be fascinating to watch play out. There's already a clear disagreement between the Kenney administration and Philadelphia Federation of Teachers President Jerry Jordan about whether the city should hang onto that money for a rainy day, or spend it all on a teacher's union contract. And PFT surely isn't going to be the only group cooking up creative ways to spend this pot of new money on their own pet causes.

If past experience is any guide, this is all likely to take place against a backdrop of general confusion and acrimony, in which commercial property owners will accuse the Kenney administration of a back door tax increase, and point to inconsistencies in OPA's numbers. There'll be a good mix of mendacious claims and really serious issues, and even the best news coverage won't really be able to cut through the noise. This group also has more money and time to spend on appeals than the typical residential property owners, so the existing appeals backlog is only going to grow.

This would be hard even if the Office of Property Assessment could be counted on to get the values right, but their track record on this isn't good.

The recent history of this issue is that the Nutter administration launched an Actual Value Initiative in 2013 to reassess Philadelphia's entire real estate portfolio, which hadn't been updated in two decades.

The purpose of AVI was exactly what it sounds like: to align the city's property assessments roughly with actual market values, and keep them up to date. This proved to be highly controversial and politically-charged for all the reasons you'd expect. People who were accustomed to paying property taxes on inaccurately low home assessments (aka the winners of the 2000's real estate market) wanted to keep it that way, and there was also a lot of concern about how a jarring shift in the geography of who pays property taxes would impact individual homeowners, renters, and the housing market overall.

The values were allowed to get so out of date because, unlike some of our neighboring states like Maryland, the Commonwealth of Pennsylvania doesn't require its counties to reassess real estate on a predictable timetable. It's just up to local lawmakers to vote to do it whenever they feel like it, which turns out to be almost never. Some counties in Pennsylvania haven't reassessed since the 1950's.

Partly for this reason, Pennsylvania counties are rusty at conducting mass reassessments, and there isn't really a mature industry of consultants in the state with a lot of experience doing a citywide reassessment for a city the size of Philadelphia. Consequently, the whole enterprise of reassessment in 2013 was extremely janky, as the Office of Property Assessment had to do it all without the aid of 21st-century assessment software.

When all was said and done, we ended up with assigned values that nobody really trusts are accurate, particularly with regard to land value. (For anybody looking to wonk out on this, the Pew report on AVI is a good place to start.)

Since 2014, OPA has been trying to improve the accuracy of the values with a series of clean-up projects. The first one targeted comparable properties with the greatest deviation between their assessments. The second one targeted land values. And the third clean-up project is this commercial property reassessment in 2017.

In 2018, the city will do another full citywide reassessment, supposedly with a new software program that should help increase the accuracy.

But that software isn't in place yet, and given the totally bonkers land values they released last year, there's little reason to expect that the commercial property values they'll release later today won't suffer from all the same problems.