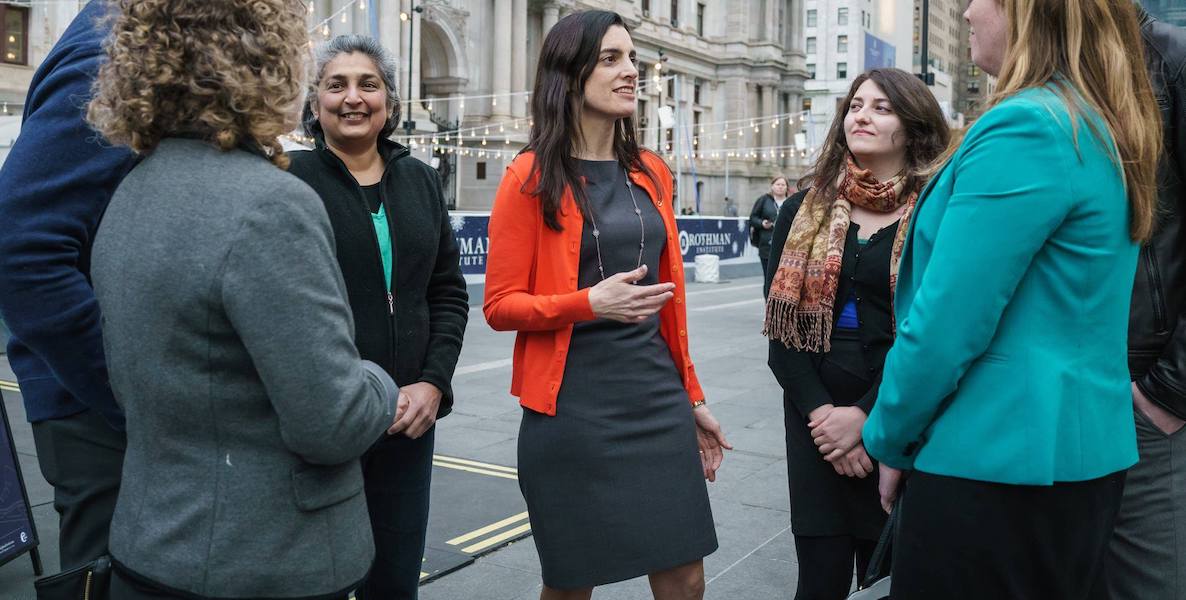 Larry Krasner's District Attorney campaign, of course, generated a lot of organic excitement both locally and nationally. But Rhynhart's campaign also had a lot of buzz on its own, especially among women who were eager to vote some more qualified women into office after the 2016 Presidential election outcome.

While it was definitely true that the existence of two competitive primaries at the top of the ticket had a synergistic effect on voter interest and turnout, in the end, Rhynhart won more wards and more votes, and it would be pretty odd to say that someone who received more votes rode in on the coattails of someone who received fewer.

Sure, you might say, but Krasner was also part of a multi-candidate field, whereas the Controller race was head-to-head. That he came out of a seven-way race with 38% of the vote indicates that probably a lot of primary voters turned out specifically to vote for Krasner, and then also happened to favor Rhynhart over Butkovitz.

There's no way to measure who 2017 primary voters were most enthusiastic about supporting without any polling data, but we did get a more apples-to-apples look at this question in the general election this week, where both the District Attorney race and the Controller race were two-person contests.

The vote tallies aren't yet complete, but with 98% reporting, we know that Rebecca Rhynhart will be the top vote-getter of this election, receiving 158,502 votes to Krasner's 147,666—a difference of 10,836 votes. 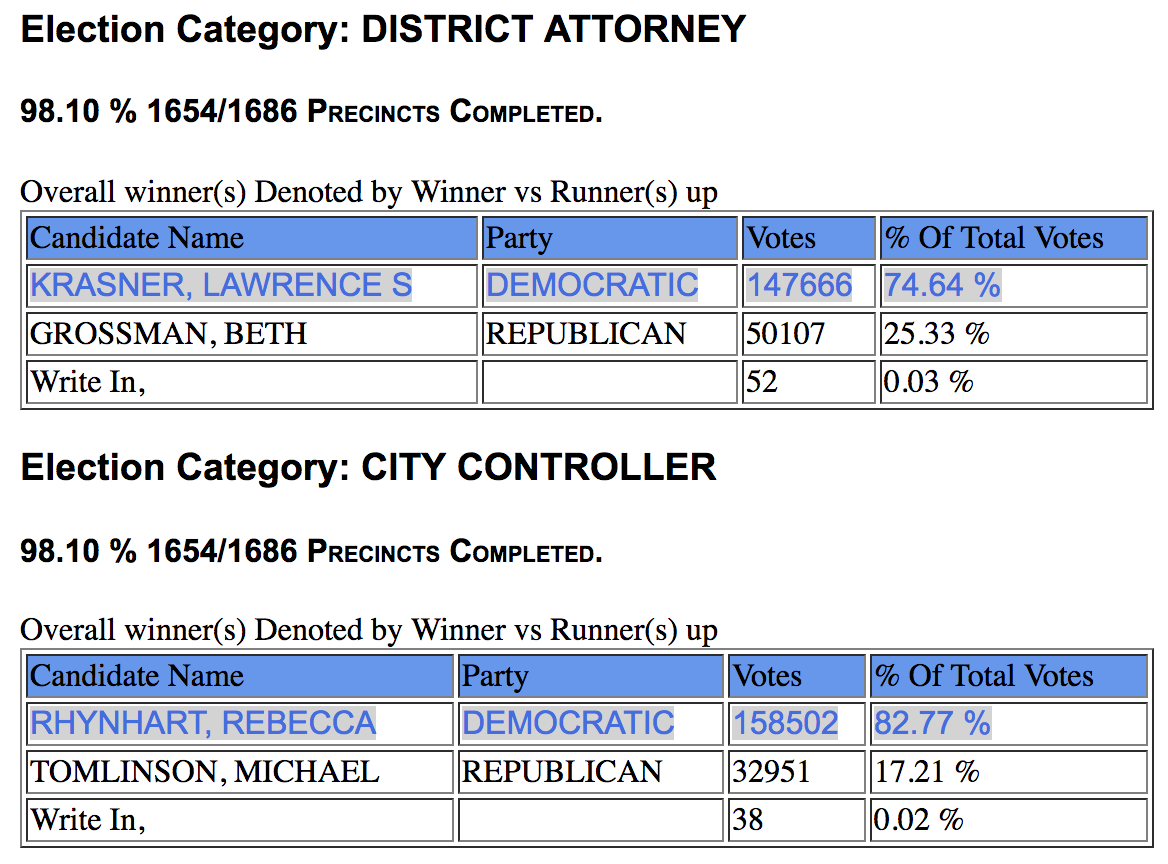 None of this is to diminish Larry Krasner's win. Despite his controversial reputation with precisely the types of voters who repeatedly reelected tough-on-crime D.A. Lynne Abraham, Krasner still won the general election with 75% of the vote. That's a huge accomplishment.

The fact that Rhynhart won nearly 11,000 more votes than Krasner though should put the coattails question to rest.