Philly's Political Wards Haven't Been Redrawn in Half a Century 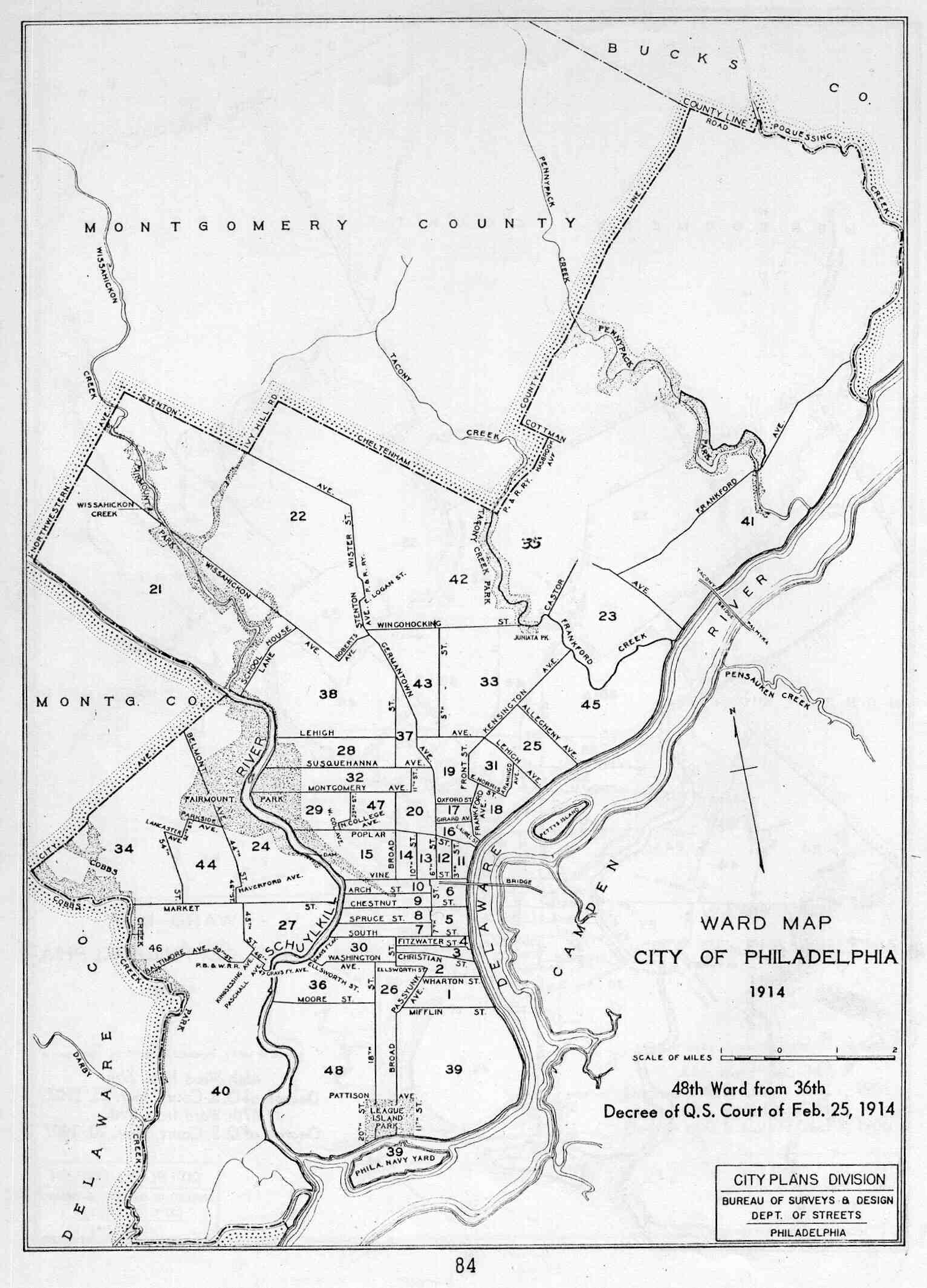 Congressional and state legislative redistricting is a hot topic that's getting a lot of attention these days, but most of the action isn't going to happen until after the 2020 Census. While we wait, there's a redistricting issue close to home that's worthy of everyone's attention because it's even more egregious, and it's also easier to fix.

Philly wards haven't been redistricted in over 50 years, despite huge shifts in population within the city. This has resulted in unequal representation across wards for different areas of the city on both the Democratic and Republican City Committees.

Bob Brady, the Chairman of Democratic City Committee, is elected by the leaders of each of the city's 66 wards, and each ward only gets one vote for Chairman. But since each ward doesn't have an equal number of people (counting by either population or registered voters) some places have more say than others.

And it doesn't just warp the election for party Chair. It also extends to endorsements of political candidates.

Greater Center City, of course, has exploded in population over the past decade, far out of proportion to the rest of the city, but has not received a commensurate increase in representation on the local party committees. But wards in the far south, west, and northwest, and northeast are some of the most overpopulated, so it's not clear how a fairer division of party seats would shake out geographically, demographically—or politically.

Some wards have nearly 50,000 people, while others have as few as 4,000, to use the most extreme examples (see below for a map or check out the table.) The populations should be roughly equal for each to ensure equal representation in party politics.

Unlike Council or state legislative redistricting, there's actually a citizen-initiated process that makes it easy to get the boundaries changed, and you don't need to do the whole city all at once.

Once you have a map you like, you can get 100 electors (voters) to petition for a review by the Court of Common Pleas. Our understanding is that you need 100 voters on each side of the boundaries you're shifting.

The Court appoints a panel to review the map, and if they recommend it, it goes on the ballot as a referendum in the affected wards. If you change more than 10 wards at once, it goes to a citywide ballot initiative.

So with as few as 200 voters, you can start breaking up some of the really overpopulated wards and create brand new ward leader seats on the City Committees.

This would be a great project for people who live in the really drastically overpopulated wards, because it would increase the number of votes that their regions get for party Chair, and for candidate endorsements.