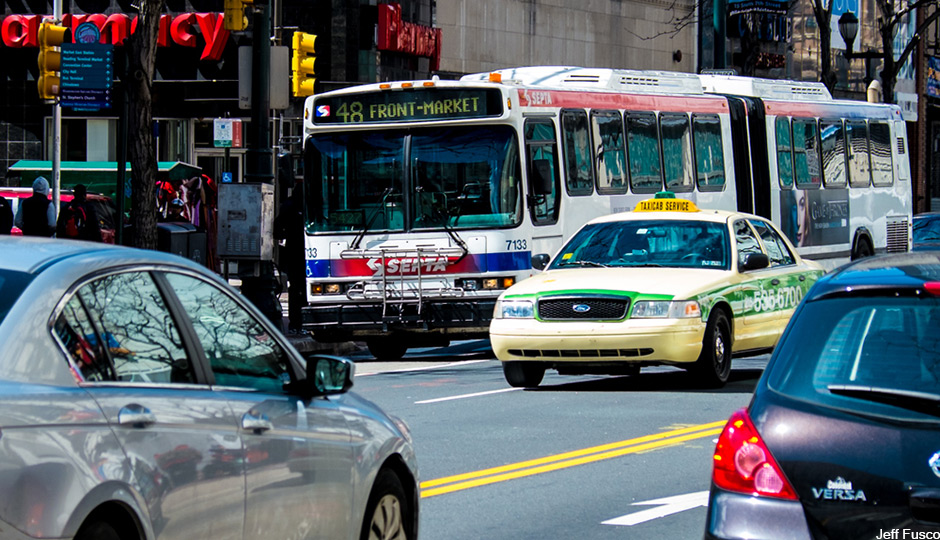 We're over at the Inquirer op-ed page today, laying out some customer-friendly changes SEPTA can make to their bus network to stop bleeding ridership.

Click through for the details, but there's a big picture reason why this conversation matters, and why elected officials should try to get it right:

The bus network redesign conversation is coming at an important time. SEPTA Key will soon be in place across the system, creating opportunities for policy changes and service quality improvements that weren’t available with tokens.

It also comes as Philly is grappling with important questions about how to remain affordable as the city grows. Transportation costs are the second-highest household expenditure in Philadelphia, so affordable transportation is critical. Done well, bus network reform could reduce residents’ cost of living by making car ownership a choice rather than a necessity. Buses may not be the first transportation choice for every person or single trip, but there is more that a city government and transit agency determined to grow bus ridership could do to make buses a more convenient choice more often, for more people.

Some of the news coverage of SEPTA's declining city transit ridership has framed the issue in a way that is unduly generous to the transit authority, casting the competition from ride-hailing services as a sort of external force that SEPTA is powerless to do anything about.

Our argument is that SEPTA and City Council still have a lot of levers they can pull, but have not tried to pull, to increase the relative convenience of transit versus other kinds of transportation. They aren't powerless, they just haven't bothered to try to compete.

That started to change a few months ago when SEPTA hired transit consultant and Human Transit author Jarrett Walker to do an analysis of the bus network that will evaluate opportunities to shift service patterns in ways that will grow ridership.

The Kenney administration has also hired a vendor to do civic engagement for a yet-to-be-described transportation plan that will presumably encompass the bus network redesign initiative.

That's all great, but Philly also badly needs some new City Councilmembers willing to get interested in the boring nuts and bolts of improving transit service, and also public service quality more globally.

At their most recent opportunity to ask SEPTA questions during budget hearings, Councilmembers mainly used their time to ask SEPTA reps Google-able questions. At no point did they ask how they could use their own considerable powers over land use and streets to make the buses work better. As the "All Transportation is Local" report from TransitCenter shows, there's actually a lot that local elected officials who don't directly control the transit authority can do to improve transit, and the first step is just taking an interest.

For anyone interested in brushing up on this topic, the Inquirer is hosting a panel event next Monday, October 2nd that should be a good preview of the exciting bus reform issues the city will be debating next year.