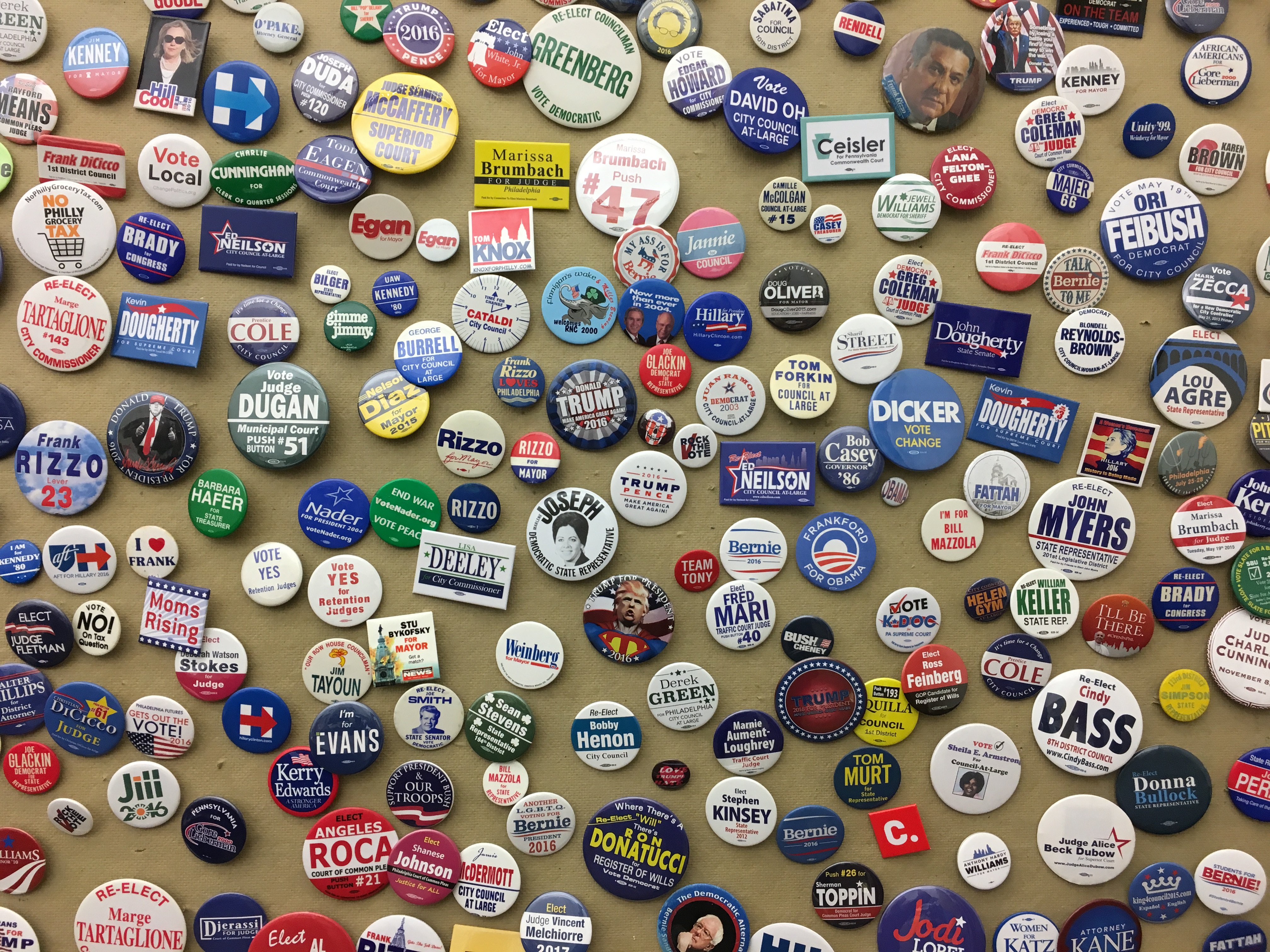 In many big liberal cities like Philadelphia, the political environment feels super-charged, with newly-awoken people who had no previous involvement in local politics suddenly willing to show up in droves for rallies, swarm workshops about running for local office, and actually make phone calls to their representatives.

It's been an exhilarating and inspiring time to work in this space, and yet it's been hard to shake the anxious feeling underneath it all that at some point the music might stop, outrage fatigue might creep in, and all this energy and organizing might not ultimately do anything to move the needle on election turnout, and especially the rarest variety: off-year municipal election turnout.

Municipal off-years are always the lowest of the low for turnout, so we were nervously awaiting the results in Los Angeles and St. Louis this week for clues about what the future might hold for Philadelphia's municipal primaries on May 16th.

The Los Angeles turnout was a huge buzzkill. While LA voters turned out at a respectable 69.5% in the November 2016 Presidential election, this Tuesday a measly 11.6% of voters participated. Like Philadelphia, Los Angeles suffers from chronically weak turnout in municipal election years. (It's so bad, LA officials are actually considering turning voting receipts into lottery tickets to try and juice turnout.) But also like Philly, Los Angeles activist types are having a moment right now, with an estimated 750,000 people attending the Women's March there--250,000 of whom then voted.

While that's not an apples-to-apples comparison (a great many of the people at the march weren't from the area, etc.) the fact remains that thousands of people who were fired up enough to attend the Women's March weren't motivated enough to vote in the municipal primaries where lots of big important policy questions were being decided.

In part, that's because the Mayoral race just wasn't that exciting. Incumbent Mayor Eric Garcetti skated to reelection with 80% of the vote, and ten times as many votes as his next closest challenger. The hottest item on the ballot in terms of overall votes was the odious Measure S, which would have placed a two-year moratorium on housing development in the city if voters hadn't rejected it by a more than 2-1 margin

In St. Louis, an exciting seven-way Mayoral race brought out about 28% of registered voters which, while still really low compared to the 67.7% who voted in the 2016 Presidential election, is more than twice the rate Angelenos voted at. There's nothing like a competitive election to drive turnout, and sad as 28% may be, it's not uniquely awful for an off-year Mayoral. Philadelphia's 2015 primary featured only 27% voter turnout in a crowded field with several high-profile politicians.

Compare that to the 2016 Presidential election results in Philly, where 66% of voters turned out--higher than 2012, but four points lower than in 2008.

How steep of a cliff are we looking at for the 2017 primaries? A quick look at the past three District Attorney primaries reveals we could go a lot lower.

In the 2013 primary, when District Attorney Seth Williams was running for his first reelection bid as the lone Democrat on the ballot, just 7% of eligible Democratic voters cast a ballot for him in the primary. In total, only about 8% of eligible Democratic primary voters turned out, even despite a fiesty primary between Controller Alan Butkovitz and challenger Brett Mandel.

While we so want to believe that the crowded seven-way open primary for District Attorney, and former Chief Administrative Officer Rebecca Rhynhart's challenge to dweeby Party Yes-man Alan Butkovitz in the Controller race will thrill the voters, and catapult 2017 turnout far above the heady heights of 2005, this outcome is in no way guaranteed.

Philadelphians who showed up to vote in the Presidential election and go to all the marches and protests and trainings: don't let us down! Show up to vote in the primaries on May 16th, and resolve to vote twice a year, every single year.