PA Lawmakers: Send Every Voter a Mail-In Ballot for the April Election! 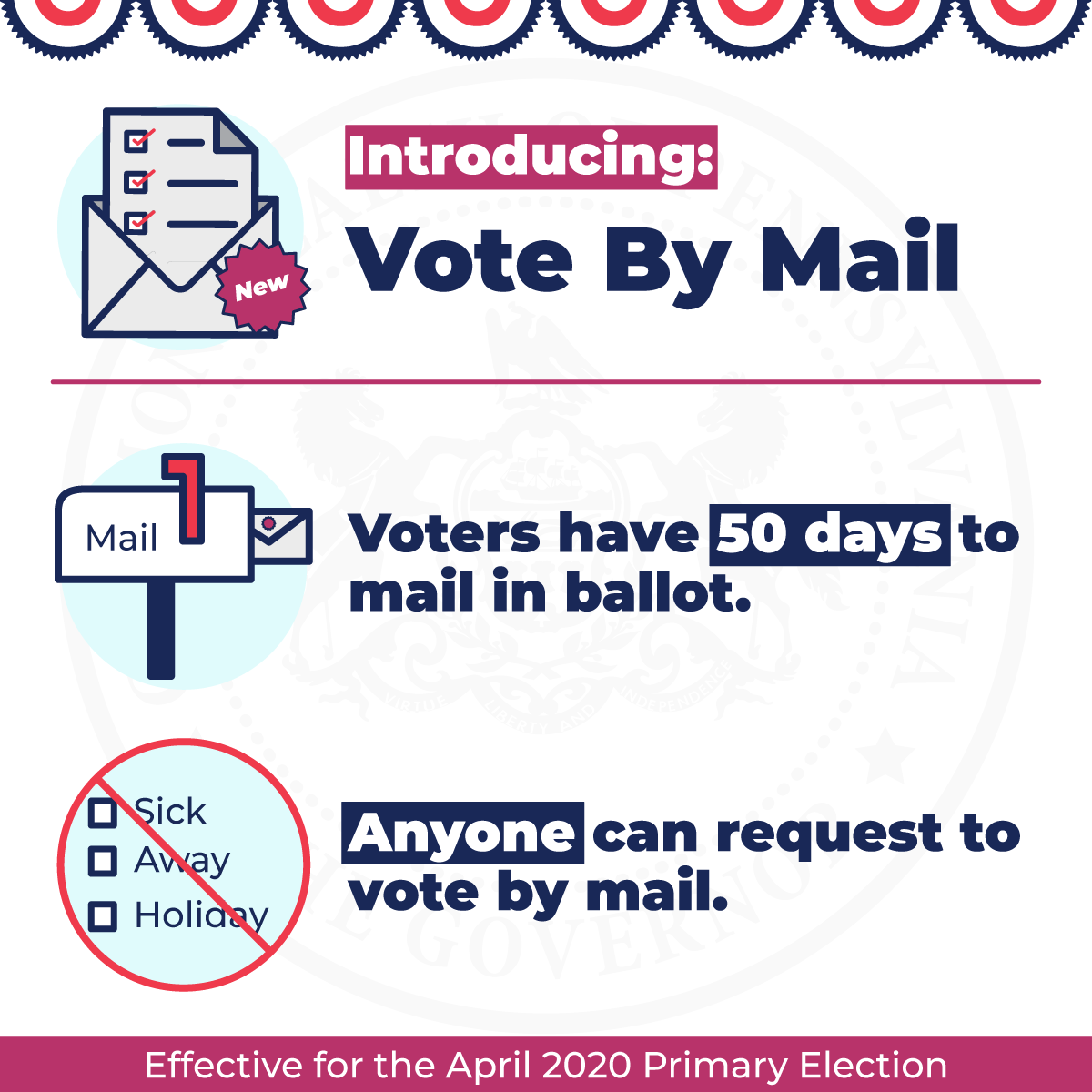 Scaling up Pennsylvania's new Vote-by-Mail program is the best way to protect the April 28th election during the pandemic.

Add your name to this petition and then call your Pennsylvania representatives to ask them to support House Bill 2637. Let's send every PA voter a Vote-by-Mail ballot before the next election on April 28th.

With health officials urging social isolation measures to slow the spread of coronavirus, and uncertainty looming over upcoming large-scale public events, Philadelphia Rep. Kevin Boyle has announced a new bill that would expand Pennsylvania’s new Vote-by-Mail system and mail every voter a ballot for the upcoming election.

Normally voters will need to request a Vote-by-Mail ballot online or at the county election office, but Rep. Boyle's bill would send a pre-paid mail-in ballot application automatically to every registered voter in Pennsylvania for both the April 28th primary and the fall general election.

This bill is must-pass legislation for several important reasons during this public health emergency:

- Protecting Voting Access. Just because there is an emergency doesn't mean we need to compromise our election and voter participation. We have a way that everyone can participate without putting their health at risk, that is straightforward, scalable, and affordable.

- Protecting Election Workers. Many election day workers who run our polling places are older adults who will need to take extra precautions during the pandemic. PA's county election boards have already seen a worrisome shortage of workers in normal times, and coronavirus concerns will only make that recruitment gap harder to fill. The Vote-by-Mail program can help take some of the pressure off.

- Diverting Election Day Crowds to the Mail. In addition to the election day worker recruitment issues other states are already seeing, PA officials were already expecting voting to take longer on April 28th because of the rollout of new voting machines in many places. That could mean long lines at the polls in some places. Even putting aside the public health emergency, there has been a good reason for election officials to want to shift more Election Day crowds to the mail, and flatten the curve of voting across the 50-day early voting period.

Want to help get the word out? Here's what you can do:

1. Add your name to the petition, and share it on social media

2. Find your state representatives and call their offices to tell them to co-sponsor HB 2637, sponsored by Rep. Kevin Boyle. (A companion bill has not yet been introduced in the state Senate, but we'll update this petition if it happens.)

We'll share updates on the bill as it progresses. Share any feedback or responses from your representatives with us at info@phila3-0.org.