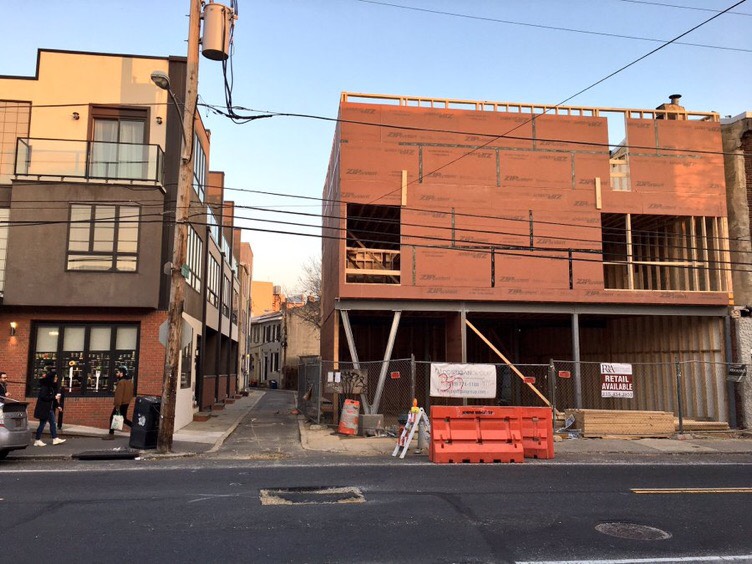 Ryan Briggs reports that the 10-year tax abatement for property improvements may be in the Kenney administration's crosshairs in next year's budget.

The Kenney administration and City Council are preparing for a very difficult budget season just one year before an election, where Mayor Kenney is almost certainly going to be proposing a property tax increase to fund increased spending on schools, public employee contracts, and pensions.

Elected officials want to minimize the hit to owners of non-abated properties, so they're looking at finally trimming the tax abatement. Kenney and Council are signaling that they don't want to end the abatement, but do want to explore some ways to reduce it, which could include shortening it to 5-7 years, capping it at some level, limiting it geographically, or tying it to some other policy goals like affordable housing or historic preservation.

The 10-year tax abatement was originally created in the mid-1990's as a construction subsidy to bridge the gap between what it costs to (re)develop properties in Philadelphia, and what you can rent or sell them for. To paragraph a quip from economist Kevin Gillen at Drexel, Philly has Baltimore's rents and New York City's construction costs.

The combination of the 10-year abatement, and historically high land values and rents in greater Center City have made the development math much better in a relatively small area of Philadelphia, but the underlying issue of high construction costs (from labor, permitting delays, and unpredictable/restrictive zoning) are as high or higher than they were at the time the abatement was created, and could become more problematic if the construction subsidy is pulled back.

That's not an argument against trimming the abatement in general, but it does mean we should be thoughtful about how exactly to do that. As it looks like there's finally going to be some action on this, let's review some of the different options.

Shortening or Capping the Abatement

During the 2015 campaign, Councilmember Allan Domb suggested that we create a 20-year tax abatement that would be applied in outlying neighborhoods where the development math is harder. Matt Ruben, President of Northern Liberties Neighbors Association, argued persuasively in an op-ed at Philly Mag that this wouldn't actually produce any more redevelopment bang for our delayed property tax bucks.

Making the abatement last 10 years longer would of course be nice for buyers of new houses, because it would keep their taxes lower for 10 extra years. But lengthening the abatement period doesn’t affect whether or not the buyer can afford to buy the house in the first place — and that’s the key point. If developers can’t (or won’t) build houses in challenged neighborhoods with a 10-year abatement, they won’t be able to build them with a 20-year abatement either.

A longer abatement does not increase how much a buyer can afford to pay each month, nor does it change the monthly payment. So it doesn’t increase how much the bank will loan a buyer to purchase the house. And that, in turn, means lengthening the abatement period will give a developer exactly zero added incentive to build a house, and exactly zero extra ability to sell it. Similarly, if a homeowner wants to renovate a house but can’t qualify for a loan, extending the abatement from 10 to 20 years will give them exactly zero added ability to get that loan.

If 20 years isn't the right number, is 10? You should always be suspicious of politicians wielding round numbers, and this issue is no different. It's certainly possible that Philly still needs an abatement policy, but that the right number to make the math work is now more like 5 or 7 years , and we're now forfeiting more property tax revenue than we have to be. A neutral party like the Reinvestment Fund (or maybe several such organizations) should really review a wide range of developers' pro formas and make a determination about what the right length of time is.

From the standpoint of the Mayor and Council wanting to raise property tax revenue next year though, this option doesn't really help immediately because it won't raise more money from any of the existing properties with abatements. It does help in 5 to 7 years though, when the School District is projecting much larger shortfalls.

Limiting the Abatement by Geography

Another idea that's sometimes discussed is limiting the abatement by geography, to areas outside of Center City where the development math still doesn't work.

This could be done a few different ways, either by drawing a hard line somewhere, say, Spring Garden to Washington Avenue, Delaware River to 40th Street, and blacklist properties within that area from applying for abatements, on the theory that the land values are high enough to support some kind of construction activity without a subsidy.

Capping the abatement at some property value is another way to come at this, since higher value properties are clustered in Center City, and values drop off the further away you get (to a certain point). But this would disadvantage multifamily housing projects, which have higher price tags, but they also house more people per acre, and are better for both affordability and property tax production. The city already does too much to stunt the growth of multifamily housing, so officials should be careful not to make things even worse as they consider changing the abatement. One way to administer the cap in a way that's more neutral to building type would be to base it on median rents/mortgage payments.

The other big issue the "Only Outside Center City" position needs to consider is the land use impact. For a whole host of reasons, it's a good thing for more new development to happen on top of our best transit networks. Land use policy should be doing more to actively push home construction toward transit station areas on the Broad Street Line, Market-Frankford Line, and Regional Rail.

Center City and University City are the places where all our best transit lines connect to each other, and are thus the best place in the city for us to be adding more housing and office space. It would be a move in the wrong direction from a land use perspective to use tax policy to push development away from this area. In changing the abatement, we might consider how to retain the pro-transit and smart growth goals, perhaps by applying the abatement to, say, a half-mile radius from transit stations. Tying the abatement to transit station areas, but exempting Center City and University City, would probably advantage areas like North Broad and Erie, or 46th and Market in West Philly. Another variation on this approach would be to keep the abatement at the full 10 years near transit stations, but reduce it to 5 or 7 years in other places.

In the same way that it could be a good idea to limit the abatement to transit station areas, to direct development in a way that promotes some larger land use objectives, we might want to tie the abatement to other policy goals like affordable housing or redevelopment of older or historic properties.

We're now having a debate over a Mixed-Income Housing bill that, as some have quipped is "a tax on the tax abatement." There's a lot of truth to this, and many supporters and opponents of the bill are now wondering whether it wouldn't just be better to trim the abatement instead of proceeding with the deeply sloppy bill that the Rules Committee recently voted to advance. Could the abatement instead be pared back and structured as a reward for building affordable housing?

Outside of Center City, the abatement seems to be applied most often to new construction townhomes and rowhouses, and less to renovations of older buildings. Preservationists often lament the lopsided incentive to build new, which often involves tearing down older buildings. So one approach might be to limit the abatement to renovations of existing buildings, or to establish different lengths of abatement for rehabs vs. new construction.

The issue with this approach is that the abatement is necessary in neighborhoods outside of Center City just for general housing construction, and can't just become a reward for some additional value adds in these places. Staggering the timing might work best, so that projects that serve these policy objectives get the full 10 years, and more run-of-the-mill construction projects get 5 to 7 years.

With budget pressures mounting, it seems likely that Mayor Kenney and Council will pare back the abatement in some form. They should take great care to do it in a thoughtful way that both avoids harming Philly's home building economy, and advances other policy objectives like transit-oriented development, housing affordability, and historic preservation.