What L+I is Doing to Streamline Development Review 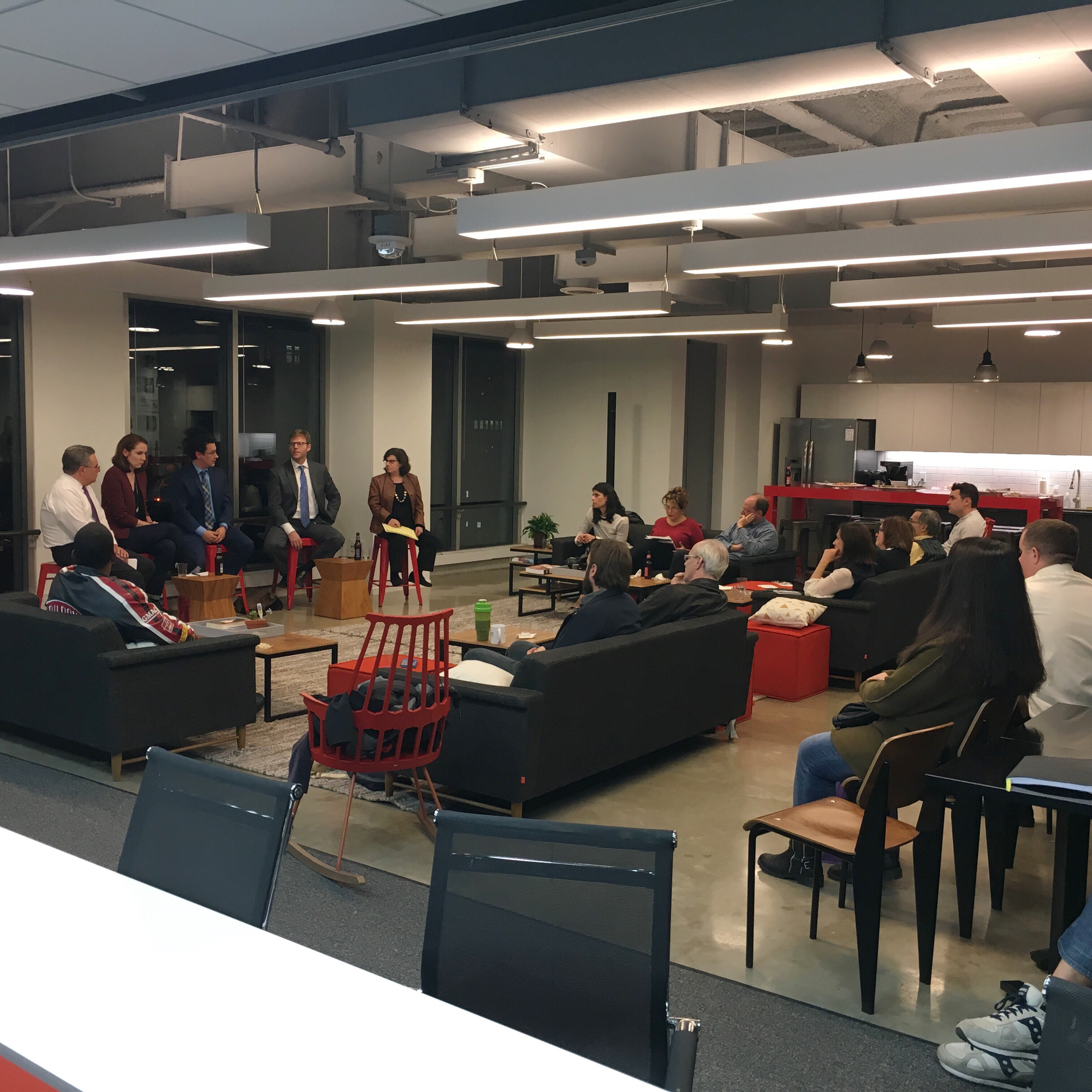 This Monday, Philadelphia 3.0 hosted a policy discussion at Pipeline Philly about what the City's Department of Licenses and Inspections is doing to modernize their operations, and why this matters for the city's real estate economy.

Our moderator, Karen Black of May 8 Consulting, referenced a number of studies demonstrating that reducing the time it takes for the city to review development plans could result in some modest but still substantial cost reductions for developers and revenue growth for the City. Among the most notable is the fact that fees and regulations add $10,000-$50,000 to the cost of a home. On the flip side, streamlining permitting reduces costs of development by 4-12%. And perhaps most importantly, accelerating permit approvals by three months in a 22-month project cycle can increase construction spending by 5.7% and property tax revenue by 16%. Small margins can mean the difference between projects being built or not--and the City collecting revenue on that project--so this is something worth taking seriously.

The biggest takeaway from the discussion was that L+I really does take this seriously, and has come a very long way in recent years to make plan reviews more predictable. That hasn't gone unnoticed, and developers Mike Pestronk of Post Brothers Apartments and Ryan Spak of University City District and Spak Group both praised L+I for hiring experienced and professional inspectors, and for keeping lines of communication open with developers.

Still, there's always room for improvement, and L+I Commissioner Dave Perri gave an overview of what the Department has been doing to make plan reviews more predictable and transparent.

The Kenney administration's first budget allocated an additional $2.5 million for L+I's eCLIPSE (Electronic Commercial Licensing, Inspection and Permitting Services Enterprise) portal, which Perri says will allow the Department to do electronic plan reviews and put "all the information you can possibly imagine about building permits" online.

Developers will be able to interact with L+I through eCLIPSE, and plans will be sent to different departments all at the same time instead of in succession. Perri said that would prevent confusing situations where you have "one agency, in its silo, contradicting other agencies' information."

As part of that project, they hope to have a new online queuing system up and running by this summer where people will be able to schedule appointments with L+I in advance, instead of going to the Concourse.

The eCLIPSE portal will also make it easier for the public to look up building permits, zoning refusals, and everything else online. Perri said his goal is to put out more open data than any other city department. L+I already does release a lot of public data, which you can explore on PlanPhilly's License to Inspect site, but it's incomplete, so it's encouraging to see they're aiming even higher.

Perri said L+I is opening satellite offices in Point Breeze and North Philadelphia so that they can steer single-family housing developers who need a bit more hand-holding to regional offices in places where there's a ton of single-family construction. They're also planning to hire 24 new inspectors this year.

Some of Perri's big priorities are getting the eCLIPSE project completed, updating Philadelphia's building codes, and stepping up the timetable for securing imminently dangerous vacant buildings.

He said the city is lobbying to get out from under the state's uniform construction code so that Philadelphia can update our building codes for 2016. Due to a Corbett-era legislative change, Pennsylvania no longer automatically updates the state building code to match the International Building Code, and we've been stuck with the 2009 building code for years. (Read the Delaware Valley Green Building Council's primer on this.)

This is negatively impacting everything from insurance rates, to building material supply chains, to our eligibility for FEMA disaster relief funds, so Philadelphia is lobbying for legislative permission to update our local building code independently from the state.

Maura Kennedy, the Director of the Department of Permits, Licenses, and Inspections (PLI) for the City of Pittsburgh, who formerly served as Executive Director of Development Services at L+I, said Pittsburgh officials are also very concerned about being stuck with the 2009 building code.

Kennedy, whose work was recently profiled in Governing Magazine, explained that she'd walked into a department that was technologically quite far behind L+I, where many systems hadn't been updated since the 80's. Being able to leapfrog over 90's and 2000's technology has been a blessing in some ways though, she said.

She summarized her efforts as trying to build a culture of regulatory certainty where builders know exactly how long the city's reviews will take, what they can expect at plan check, and go over a checklist with the City beforehand. The changes she's made have all been in the spirit of promoting greater accountability, transparency, and predictability from the Department.

Pittsburgh now has the most transparent building services website in the state, she said, and described a new "violations in your community" feature that will email neighbors directly with information about local infractions to be aware of.

Mike Pestronk said he was looking forward to the new online eCLIPSE system, and that he hopes it will make it easier to track plan changes. This is one of the areas where more predictability would be helpful, he said, as it can be difficult to know when plan changes will be reviewed. That's particularly challenging with adaptive reuse projects, he said, where unexpected issues arise frequently. He also said it would be ideal to have one project manager per project to work with on the city side.

Perri said that L+I hopes to use the new online system to complete as many processes as humanly possible.

Pestronk also said he had reason to suspect that staff in the electrical and plumbing departments at L+I are leaking project details for small and medium-sized non-union projects to the Building Trades Council, resulting in shenanigans. While we've seen no proof of this, given the electricians' penchant for sophisticated subterfuge (see Wiliam Bender's recent article on 'salting' tactics) it would not be surprising if this were the case.

When a developer in the audience backed up Pestronk's concerns about leaks, Perri commented that he had put the kibosh on a task force inside L+I that was a known source of leaks.