Why Philly Zoning Is Still Broken in One Sentence 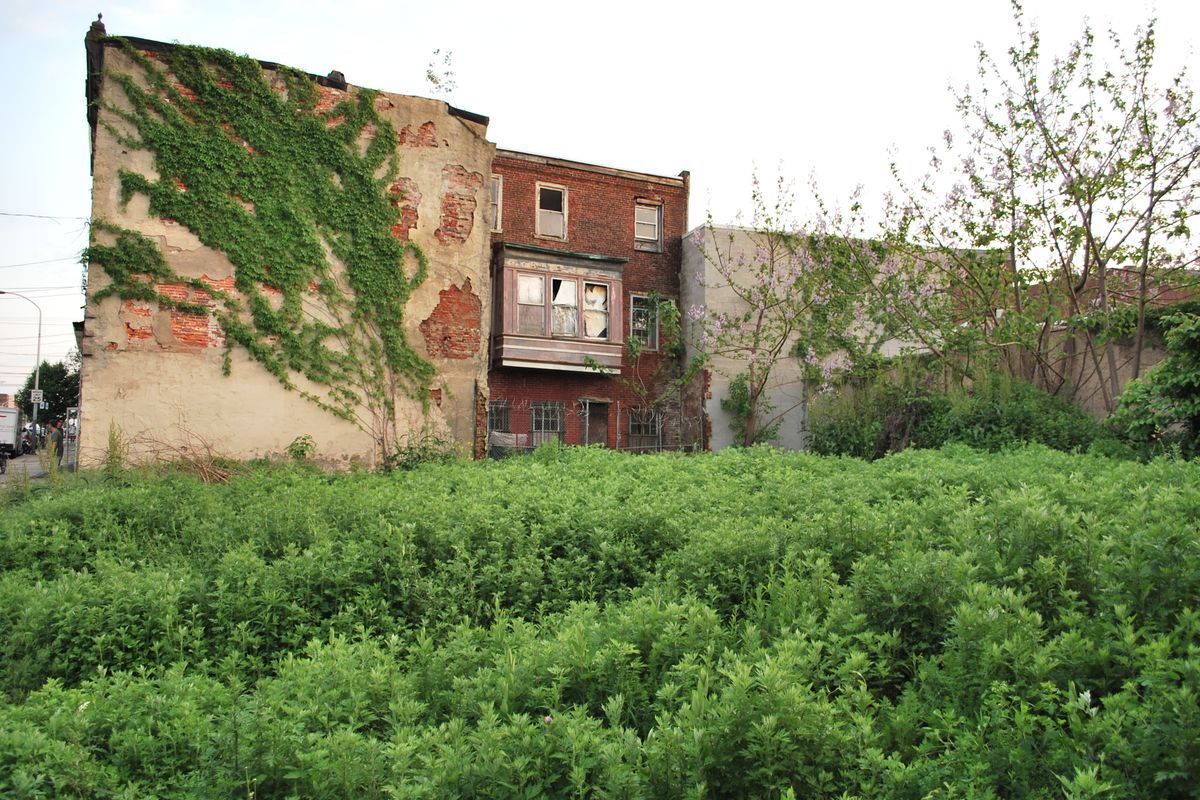 ("Better off as a vacant lot than a triplex" - Darrell Clarke, probably | Photo: Flickr/Jukie Bot)

We've got a cool event coming up on May 11th that we're partnering on with Urban Land Institute, where we'll be talking with some local experts about what happened in the 5 years since Philly passed zoning reform.

The discussion will be focused on neighborhood commercial corridors in particular, since corridor retail has emerged as a major priority area for Mayor Kenney, at least rhetorically.

This topic matters because zoning and land use are some of the most powerful economic policy levers available at the municipal level, even though almost no local officials view them that way.

Instead, the politics of zoning tend to be dominated by small-picture thinking that fails to consider the public costs--to the city budget, to commercial corridor foot traffic, to the environment--of preventing private land from being developed to its full economic potential.

How much tax revenue are we going to forego if we decide 5-story buildings are too tall for neighborhoods in the immediate Center City area? How are corridor businesses supposed to get the foot traffic they need, if surrounded by blocks of single-family homes? Nobody even asks.

While many different parties had different (and often conflicting) goals for zoning reform, the Zoning Code Commission that was tasked with overhauling Philly's 1950's-vintage code at least agreed on one goal: that when it was all over, the Zoning Board of Adjustment's case load should be dramatically lighter, because the base zoning would allow for much more by-right construction of the typical housing types in a neighborhood.

Reducing the volume of variance requests ZBA hears was always in conflict with the concept of Councilmanic Prerogative though, since variance requests are the veto point for District Councilmembers to insert themselves into the process, and exact special concessions from developers in negotiations with neighbors. Some Councilmembers never bought into the idea that they should have fewer of these opportunities, and have refused to play ball with the Planning Commission's zoning remapping process.

Council President Darrell Clarke reminded us last week that he hasn't really bought into the central goal of zoning reform, when he suggested that home builders upset about his bill down-zoning Francisville should just go to the Zoning Board of Adjustment, because they'll get permission to build "whatever they want to build."

“If there needed to be additional amendments crafted, that is the type of issue that should have been raised at the public hearing,” said Clarke. Clarke said developers could choose to build denser mixed-use buildings on the neighborhood’s commercial corridors.

And if the developer faces a genuine hardship they can head to the Zoning Board of Adjustment, request a variance, and make their case.

“The zoning board can and does significantly grant variances so they can build whatever they want to build,” said Clarke.

The entire premise of zoning reform, however, was that the Zoning Board shouldn't just grant people permission to build "whatever they want to build." Most of the common building types should just be buildable as a matter of right, with no special political approval required.

What Clarke is encouraging is exactly how the pre-zoning reform status quo worked: disregard the rules, because the ZBA will just let you do whatever you want anyway.

This is still the reality. The ZBA went from approving around 70% of variances in 2014 to approving 82% under Jim Moylan in 2016. If zoning reform were succeeding, that number should be going down.

But an 82% rate of variance approvals just invites more variance requests, because why not just roll the dice? While we're sympathetic to the idea that many neighborhoods still feature too-stingy zoning even after remapping, making variance requests necessary to build even common building types, in the long run we have to live and die by the Code to get where we want to be.

To give Clarke some credit, he's not really a skeptic of the general concept of remapping the way Councilmembers Jannie Blackwell, Kenyatta Johnson, or Cindy Bass are--he just thinks that anybody who wants to build anything besides a single-family home off of the Ridge Avenue corridor should have to go through the political ringer to do it.

He has a very clear vision for how North Philly should develop which looks a lot more like Phoenix or Atlanta than Queen Village, and he's willing to shut out the only source of privately-developed workforce housing in his district to make it happen, which is the real problem with what happened last week.

Join Philadelphia 3.0 and Urban Land Institute for our 'Commercial Zoning and Neighborhood Retail' discussion on May 11th to continue this important conversation.