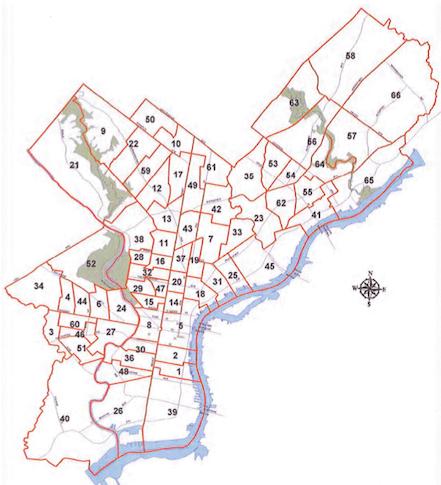 City Commissioner Al Schmidt recently released the 2019 update to the Citizens' Guide he puts together every year, which is a great introduction to all the really useful basic facts of Philadelphia politics, complete with legislator contact information, the divisions that make up all the different local, state, and federal districts, and voter registration statistics for all the different districts. It's a very useful resource to bookmark for all kinds of practical political questions, and I personally refer to it all the time.

There are few interesting facts worth highlighting from this year's update, including the City Council district population statistics, and the registered voter breakdown by ward.

There's been a lot of attention to political district-drawing lately because of the Pennsylvania Supreme Court decision that threw out PA's unfairly gerrymandered Congressional districts, and redrew new districts ahead of the 2018 midterms. Many people know how this gets done at the state level now, but there's less attention to how our local legislative districts are drawn.

But City Council, like most legislative bodies with district seats, will have to redraw those districts after the 2020 Census to reflect population changes that have happened since the last city redistricting plan was adopted ahead of the 2015 elections. The Districts are supposed to have roughly equal population, but of course since there have been several years' worth of population growth and voter registration since the last go-round, the Council district populations have gotten a little out of whack by 2019. 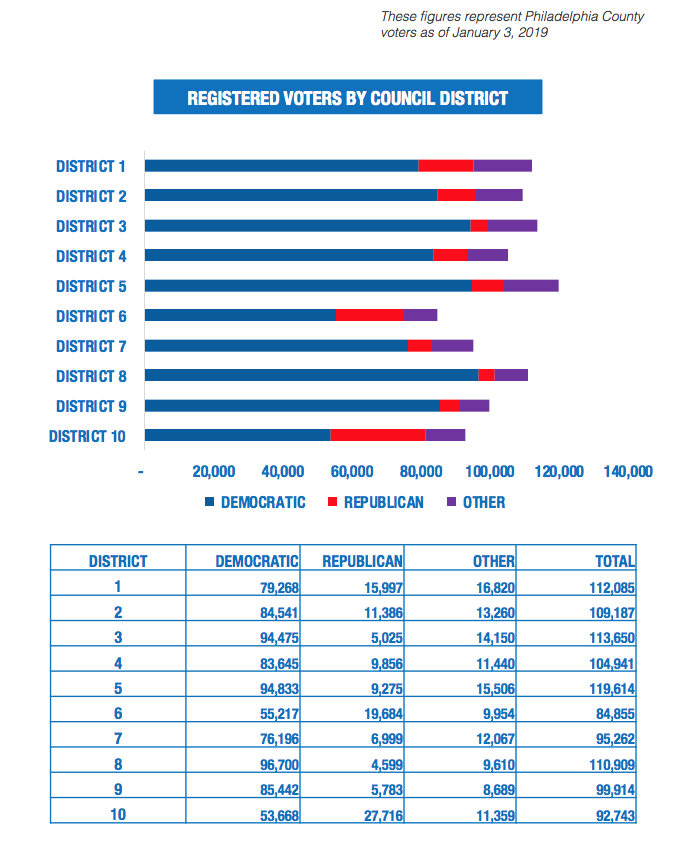 The other fact worth highlighting is that the wards have even more drastic variation in population. You might guess that ward populations would need to be roughly equal, but in reality the boundaries haven't been redrawn since the 1950's. That matters for representation within Party committees, since each ward leader gets an equal vote, but they represent dramatically differently-sized constituencies, which is unfair to the under-represented areas.

But to achieve fair representation within Party organizations, the wards should get on the same redistricting cycle that other political bodies are on, and start redrawing the lines every 10 years to achieve equal population by ward. As a band-aid, in the meantime, party Chairs could begin weighting the votes of ward leaders based on ward population for the same effect, so that no one region of the city has an outsized say on political endorsements just because of some arbitrary boundaries somebody drew over half a century ago.

As we've written before, the current process for redistricting the wards is a citizen-initiated process, where with as few as 200 signatures from registered voters, people can submit new ward maps to be considered by a special committee appointed by the Court of Common Pleas. If the committee approves the new maps, they go to a ballot referendum in the wards in question. If the map affects the boundaries of 10 or more wards, then the ballot referendum will be citywide. This would be a great campaign initiative for committee people living in some of the largest wards. 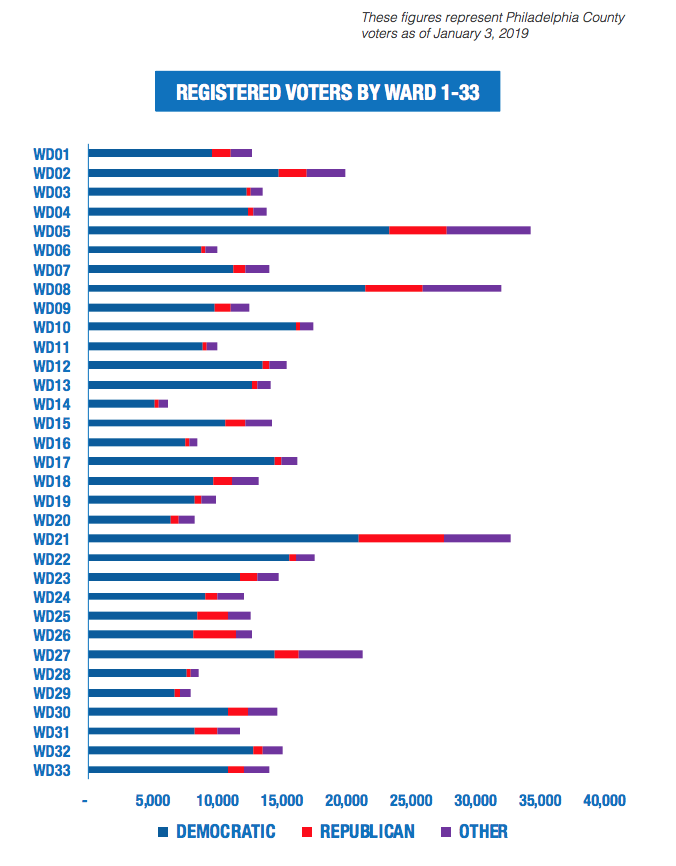 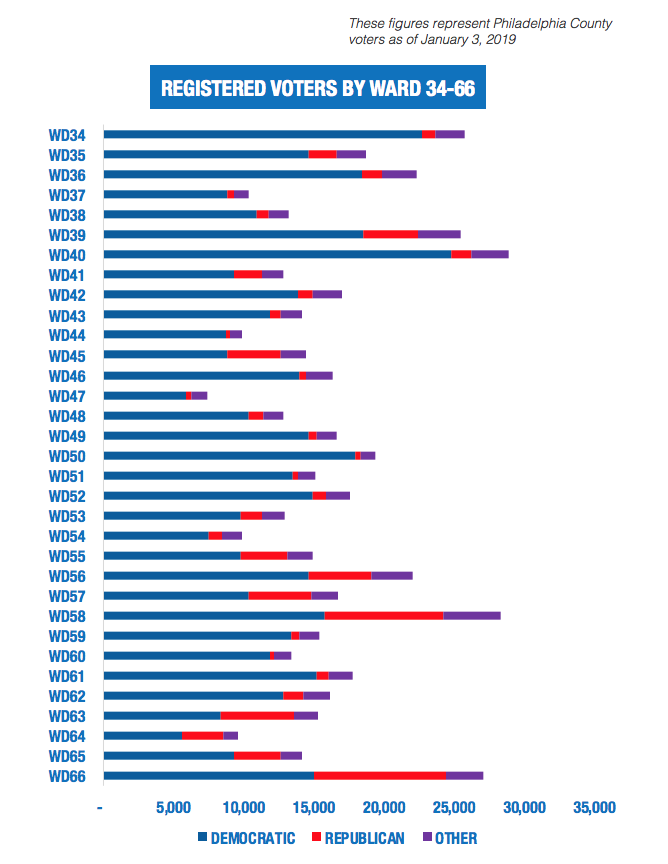