The Next Mayor Should Set a Goal for 2 Million Philadelphians 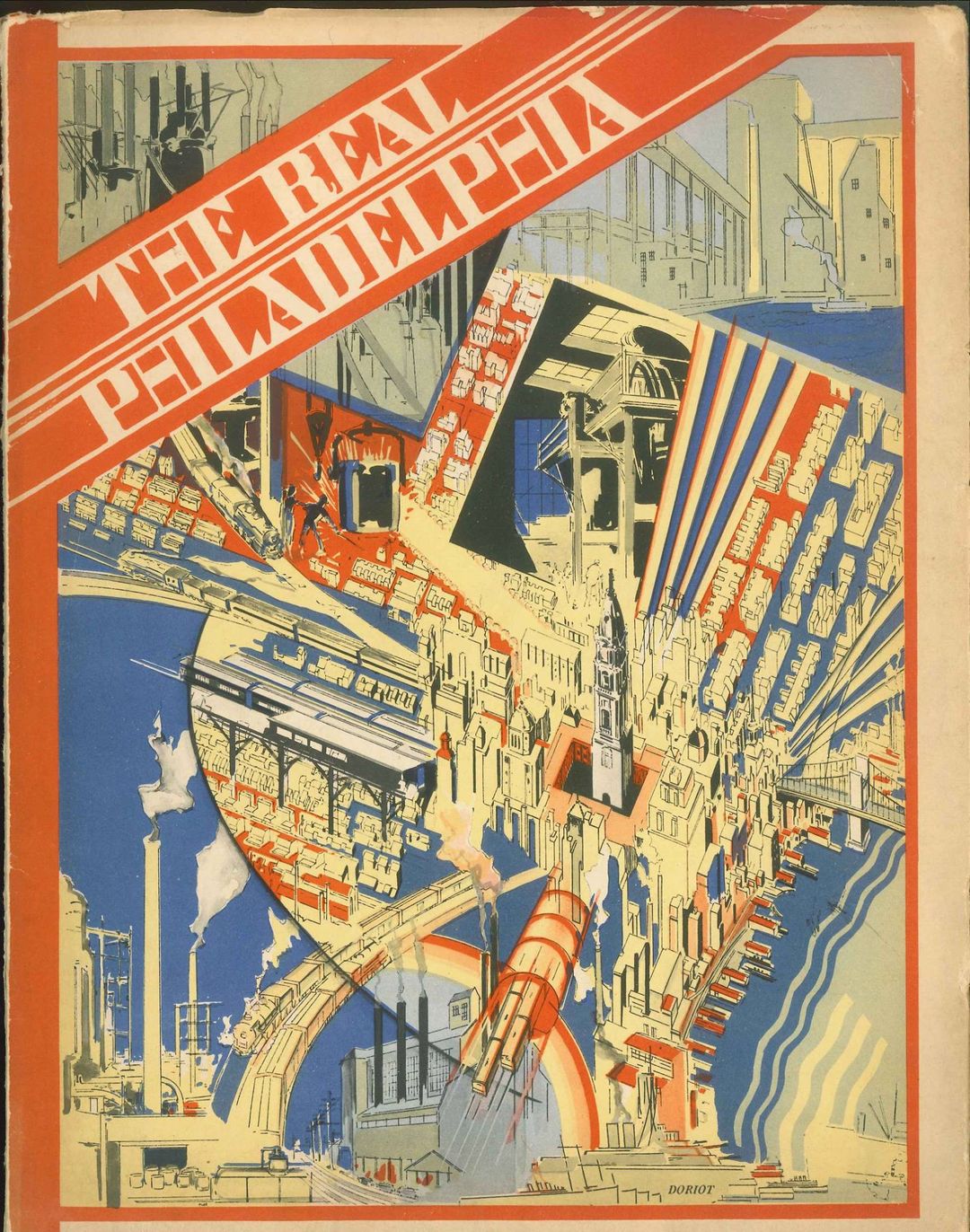 (Image: What things were probably like when Philadelphia had 2 million people)

The upcoming 2023 municipal elections have the promise of being much more interesting from a voter standpoint than in 2015 or 2019, as an open Mayoral seat is attracting a higher-quality field of candidates than was the case last time that happened in 2015.

And with the Mayoral field mostly drawing from the pool of sitting City Council members, all of whom face a resign-to-run requirement, about 6 or 7 Council members are expected to resign, creating many open-seat races in the municipal legislature. We’ll be publishing some articles in the coming weeks setting the table for what is happening in the various elections and who is rumored to be getting in. This week Allan Domb became the first Councilmember to resign from his At-Large seat who is expected to get in the Mayoral race, and several of his colleagues should be getting out too within the coming weeks.

This election is also going to be more consequential than most because the city is at a crossroads on several big public policy issues, and a big public debate about the way forward is exactly what the situation calls for. The expected candidates for Mayor and City Council will all bring some unique perspectives based on their records and areas of interest.

Gun violence and public safety, the quality of city services and public goods, and cost inflation in housing and other everyday needs are all top-of-mind for voters heading into the next election year, and this is all happening against the backdrop of a very low-trust environment where voters don’t have a lot of faith in city government to make things better.

Bigger structural and economic challenges from persistently high poverty and the post-COVID recovery also loom large for the next occupant of City Hall Room 215, and the city deserves a real menu of choices between some well-thought-out visions for making progress on these fronts within the scope of municipal government’s powers.

While the City’s fund balance is unexpectedly flush today, the budget outlook a few years from now is less rosy, as the federal Recovery Act funds all need to be obligated by the end of 2024. There is also too much complacency from current elected officials about restoring lost jobs and economic activity—especially in the Center City and University City job centers that together hold a majority of the jobs in the city.

There are some positive signs that the city's economic recovery has been stabilizing, though unevenly, and a couple of recent pieces by Inga Saffron and Richard Florida about the future of the post-COVID central business district offer some reasons for optimism and some paths forward. But the situation requires active management and a real strategy from the Mayor and our other elected officials that is decidedly missing right now.

Even worse, it has sometimes seemed to be the case that some in City Hall aren’t simply disengaged from the imperative to shift the city’s growth strategy into a higher gear, but are generally suspicious of an economic growth agenda, and can only seem to see the downsides to encouraging more jobs and people and housing in the city.

There is a clear through-line where this type of zero-sum thinking arises in all kinds of different public debates over housing, economic development, taxes, neighborhood amenities, safe street designs. Most recently, it came up in the debate over the 76ers arena proposed for the former Gallery, where the view that a sports arena just a few blocks from City Hall, on top of the City’s best regional transit hub, on the oldest commercial corridor in the country, would add too much activity and traffic congestion downtown is actually being given credence by some elected officials.

Most of our elected officials haven’t lost their minds about this, but returning to the original point about the 2023 elections and the way forward, it’s important for voters to know who is who, and make some wise choices about the next crop of elected leaders for Philadelphia’s present and future.

To that end, one clarifying question for all of the 2023 candidates is where do they stand on my friend and former 18th Ward committee person Stefan Zajic’s call for a return to 2 million Philadelphians as an explicit goal for the next administration. 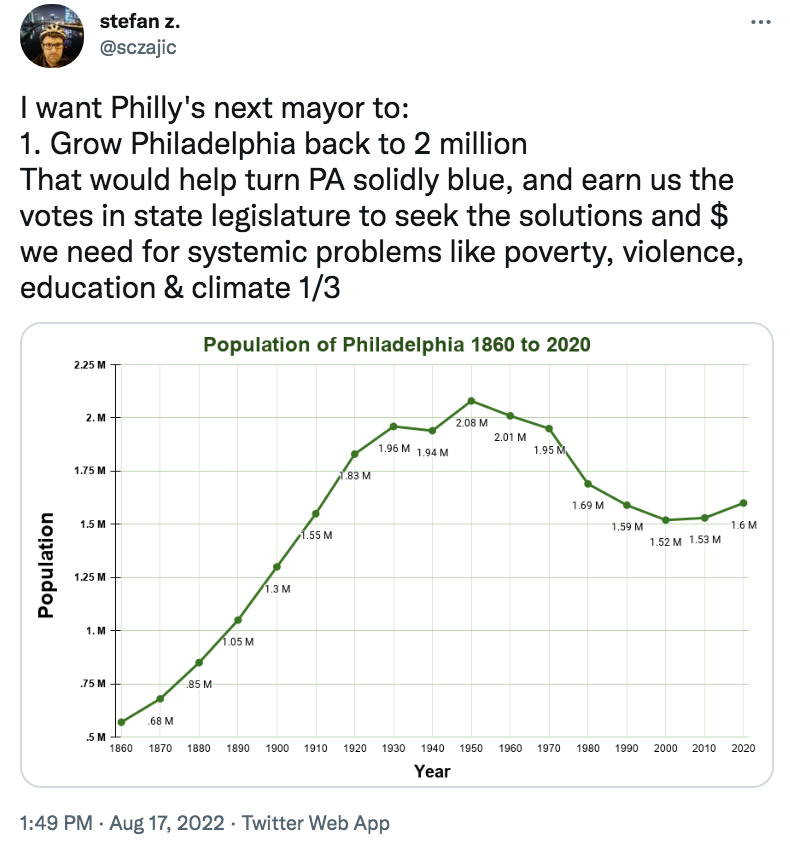 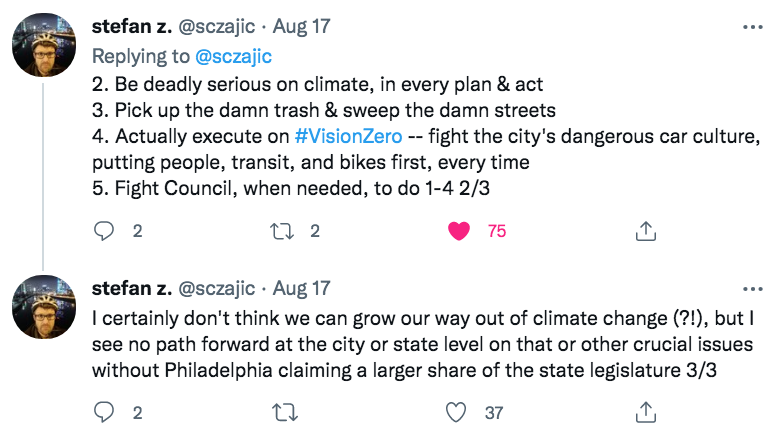 The 2 Million Philadelphians question provides a useful way to suss out where the candidates stand on a growth agenda.

This is an agenda that, if executed well, would have a lot to offer anyone who supports more in-city job growth, stronger neighborhood commercial corridors, more tax revenue, expanded city services, more relative power for Philadelphia in Harrisburg, and lower per-capita greenhouse gas emissions.

An additional 400,000 or so residents by 2040 is also a potentially achievable stretch goal to reach for, which could become a useful anchoring principle for a lot of other city policy decisions over the next decade.

As one example, if we’re planning for a population growth rate that’s only treading water or slightly falling, maybe it doesn’t make sense to invest in a whole new Roosevelt Boulevard Subway line or every-15-minute regional rail service. But if we are thinking of those infrastructure investments as a means to expand housing construction in the city, or increase the access value of neighborhoods that would become more accessible to jobs in those scenarios, then the value proposition of those infrastructure projects starts looking a lot better.

There are any number of local policies we could plausibly enact that would help at the margin to achieve the 2-million-person goal, and that menu of options includes plenty of items for candidates on the left, right, and center of the political spectrum to choose from. Whether we are talking about more refugees, immigrants, students, or people priced out of other nearby big cities, candidates from every political tendency have some good options to talk about that fit their values and priorities. There's only one disqualifying answer, and that's to reject the premise of positive-sum growth.

One of the most important operational considerations for bringing this about would be to make the 2-million-resident goal a core tenet of the city’s next Comprehensive Plan, which will provide the foundational assumptions for a lot of housing and infrastructure policy decisions over the medium-term.

Philadelphia is already eating the rest of Pennsylvania’s lunch when it comes to permitting new housing, so things are already trending in the right direction, but there is no plan from the City government to try and keep that going. Setting a population target of 2 million residents in the Comprehensive Plan, and then backing future land use and zoning mapping choices out of that number, is one way to begin charting a path to housing abundance, and away from the self-imposed housing shortage that’s been the reality here for years.

The climate benefits of pursuing a 2 Million Philadelphians goal are worth taking seriously as well, since per-person emissions are quite a bit lower for city residents compared to people living in more car-dependent suburbs and exurbs in the region. According to a review of 700 cities by the University of California - Berkeley Cool Climate Network, permitting more infill housing is one of the highest-impact policies for local governments to reduce greenhouse gas emissions. 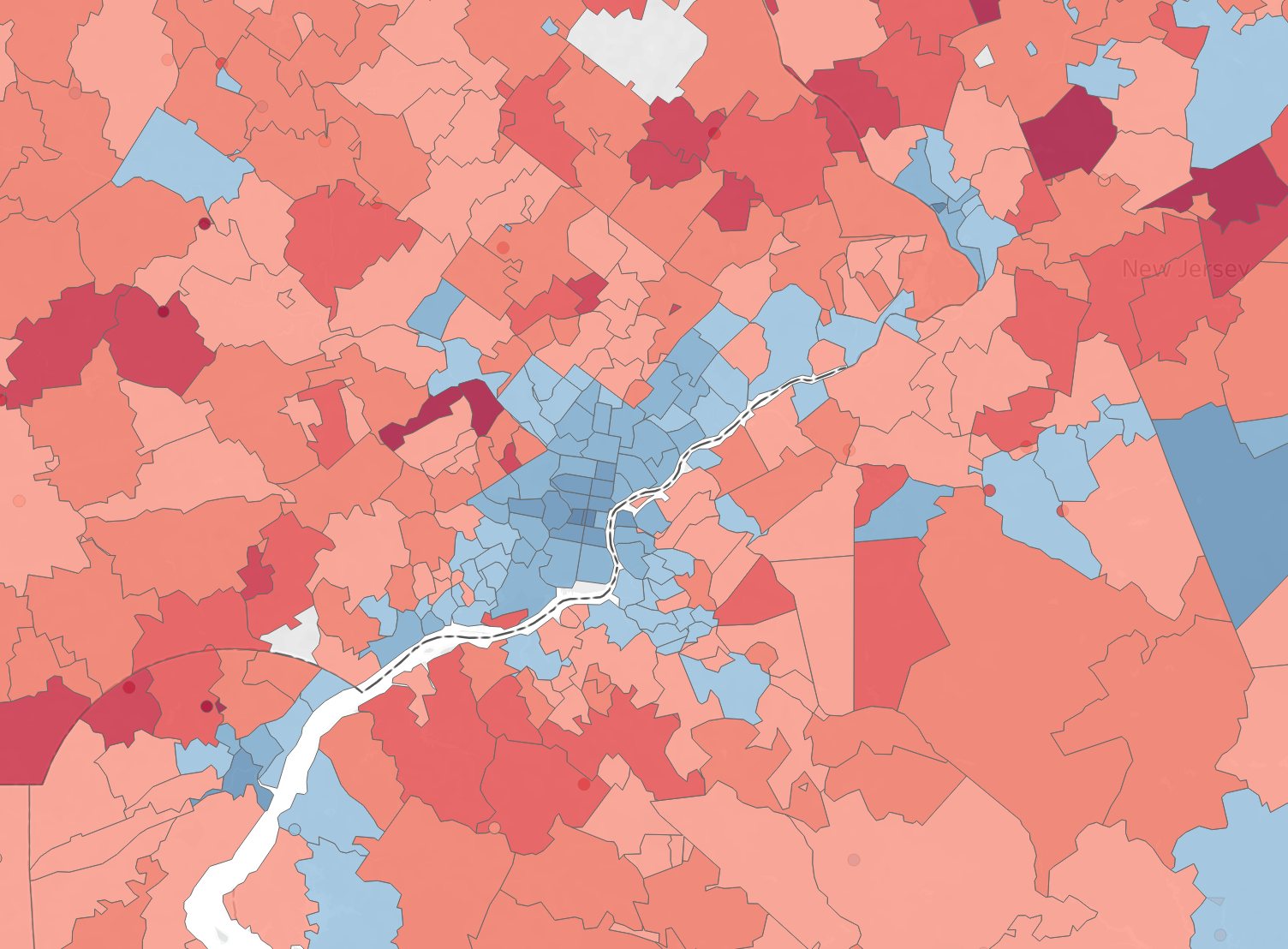 To Zajic’s original point, another more cynical reason for local leaders to support a 2 Million Philadelphians agenda is to boost Democrats’ state electoral fortunes—something we’ve pointed out in the past too. A return to 2 million residents would eventually net Philadelphia an additional 5-6 seats in the state General Assembly, depending on what happens with the population in the rest of the state. Over the last decade, the population trajectory in Pennsylvania has been all about faster growth in the Southeast, and anybody interested in seeing a Democratic state legislative majority has a good reason to want to accelerate that trend.

That all being said, while population growth and more tax base growth can resolve a lot of issues for a municipal government, the Kenney years have shown that there’s no substitute for trying to govern well. The Kenney administration and City Council increased the size of the city budget by almost a billion dollars thus far into the Mayor’s two terms, and lately city revenues have been coming in unexpectedly high. But it is unclear what the average resident is seeing in terms of increased services for that extra billion.

“Philadelphia finished the last budget year with $405.8 million more in unspent cash than it had projected due to unexpectedly strong revenue from the business and real estate transfer taxes, a new city report shows.

The city had a total of $492.4 million left over from its $5.5 billion budget when the 2022 fiscal year ended June 30, according to the most recent Quarterly City Manager’s Report.”

Despite the rosier than expected budget situation, the city has allowed 1 in 7 city government jobs to go unfilled, and the administration is running out of public workers faster than it can hire new ones. The police department is about 20% understaffed as well, and this all has resulted in an explosion of overtime spending. Some of what’s happening locally tracks with national trends playing out elsewhere too, but some portion is also self-inflicted.

City Council in recent years passed one of the strictest residency requirements in the country, requiring prospective workers to live in the city for a full year before they can apply for a city job—a change that has wreaked havoc on city departments’ ability to fill positions quickly according to administration sources. In general, the City is extremely slow at filling positions and does not tend to operate on a realistic hiring timeline for people who are job-searching.

A city of 2 million people would need a lot more government workers and a greater capacity to deliver services, so a 2 Million Philadelphians agenda also needs to seriously consider the bottlenecks in the system that prevent the city from quickly filling positions, or from using additional tax money to increase the output of city services.

The pessimism that services would automatically get worse as a result of having more people around is a symptom of living in a badly-governed city, but it doesn’t have to be that way. This is an important broader point for many different areas of city policy too, where inefficiencies and bad processes that are barely tolerable today would break down with more pressure, and there is a whole process reform agenda in this vein that ought to go hand-in-hand with any population growth agenda.

Obviously, many of the factors needed for Philadelphia to return to a population of 2 million are outside the control of municipal government, but this is really beside the point. The question that matters in the 2023 campaign is whether we will elect new leaders to City Hall who want this outcome as a starting point, or who have a plausible theory of the changes that could make a difference to get there.