The Biggest Scandal in the Local 98 Indictment is Totally Legal 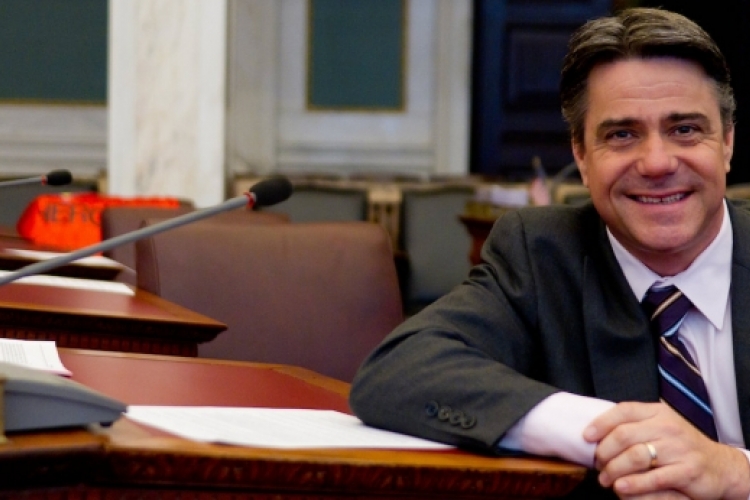 Yesterday, in what portends a major shake-up for city and state politics, federal prosecutors announced a litany of charges against about a dozen individuals connected to their investigation of powerful IBEW Local 98 business manager John Dougherty, aka Johnny Doc, most notably including Doc himself and 6th District Councilmember Bobby Henon.

As has already been widely reported, a substantial number of the charges pertain to alleged crimes committed by Dougherty and others against Local 98 itself, like embezzlement and misuse of union funds.

The more interesting charges concern the power relationships between Local 98 and Councilmembers aligned with them like Bobby Henon, and how those relationships have been deployed to corrupt agencies like the Department of Licenses and Inspections (or the Zoning Board of Adjustment, oddly not mentioned in the document) and turn them into political weapons of the union.

A lot of the rough language used in some of the quotes where Doc or someone else is lobbying Henon to do favors for the building trades makes it all sound extra lurid, but some of the commentary has tended to blur together what's just ugly-yet-boilerplate interest group politicking (like when Doc wants more time to weigh in on the Comcast tower deal) and what's actually criminal activity.

Arguably the most troubling aspect of the whole situation, though, is something that's completely legal and has been happening in plain sight all along: Councilmember Henon collects a salary of over $70,000 a year from Local 98 on top of his Council salary, and the job he's paid to do for them is fairly straightforwardly to be the building trades' point person on Council.

Ashley Hahn makes the key point in an op-ed for Eyes on the Street:

"Strange as it may seem from a good government perspective, councilmembers can hold other jobs during their terms in office. Henon became Local 98’s political leader in 2003 and stayed on after he was elected to City Council in 2012, earning more than $70,000 annually. The indictment states that Henon wasn’t “office staff,” as the union claimed. He was Dougherty’s man in council, allegedly using his property-related and political powers in service of their tight relationship – the nature of which they tried to hide from the public.

Henon, the indictment said, abused the Department of Licenses & Inspections’ enforcement power by complaining about a non-union installation of an MRI machine at Children’s Hospital of Pennsylvania – a retaliatory request from Dougherty. The inspection led to a stop-work order and the Certificate of Occupancy being withheld.

Henon allegedly used negotiations with Comcast for its 15-year franchise agreement as an opportunity to give voice to Dougherty’s demands that the cable giant steer more fiber optic work to union electrical contractors. He advanced the agreement in Council and voted for it only after Dougherty and Comcast agreed on terms.

Dougherty grew concerned that Henon wasn’t doing his bidding at one point during that process. Henon agreed to slow the agreement through his committee until Dougherty got what he wanted.

That may be all we need to know about who Henon was serving. Of course, there’s more.

Imagine if there was a Councilmember who was collecting a $70,000 salary from the NRA on top of their Council salary, and it came out that NRA President Oliver North had lobbied really hard to get that person onto the Public Safety committee to block any local gun safety legislation. People would think that was a huge scandal!

And yet it's actually entirely legal for Councilmembers to have outside employment, even from an outside entity who's pretty nakedly hiring them to advocate for a specific set of interests and positions in their official elected position. Forget about campaign donations from interest groups—we're talking about direct personal financial contributions here!

As Hahn points out, one big reason why this matters is that it serves to confirm everyone's suspicions about selective and politicized application of the law at L+I, the Zoning Board of Adjustment, and other agencies that the Doc-topus has its tentacles in, engendering a corrosive mistrust and cynicism about those institutions. That's especially damaging since city officials have invested considerable time and energy in recent years into making those agencies' practices more rule-based and less discretionary, which requires a lot of public trust in their impartial administration—trust that was significantly eroded by the alleged crimes described in the indictment, but also legal, out-in-the-open corruption like Henon's outside employment.

Philadelphia City Council is one of the highest-paid full-time City Councils of any large U.S. city, with salaries typically around $130,000, and one reason they're paid so well is to reduce members' desire to pad their earnings with outside income sources that could skew their judgment. So what's supposed to be the rationale then for also allowing outside employment? Given the city's high poverty rate, it would be a pretty bad look for members to complain about making only $130,000—over three times the median city household income of $41,000.

The indictment news presents as good an excuse as any to finally close this loophole, now that we've gotten a close-up look at just what kind of trouble it can cause.