Philly Dems F!cked Up HD-197, But Don't Forget to Blame the State Party Too 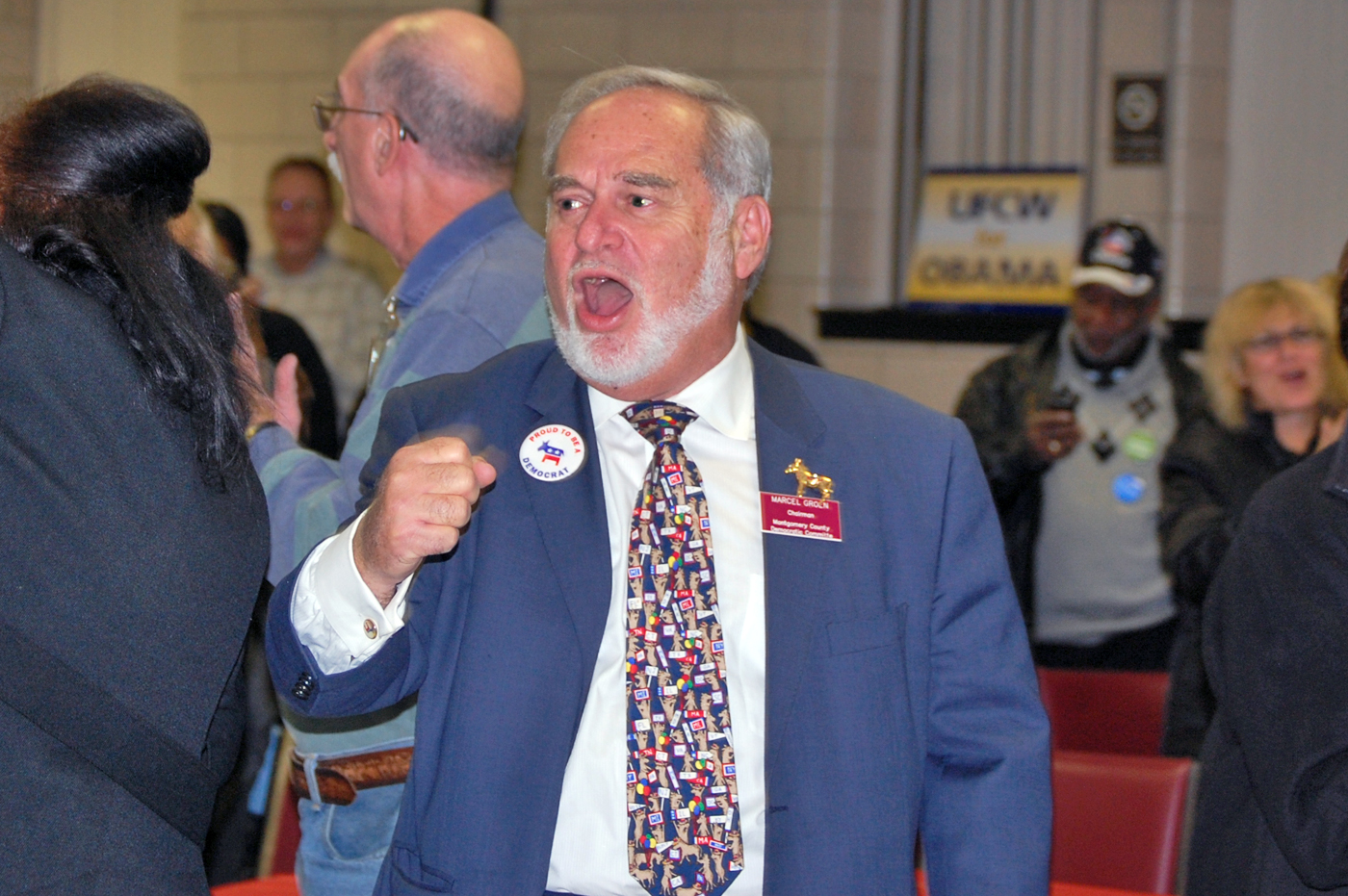 Philly Democrats recently blew an opportunity for an easy special election win in the super-safe 197th District House seat in North Philly, by nominating a guy who didn't live in the district.

The seat opened up when former Rep. Leslie Acosta--who hid that she was convicted of a felony until after winning the primary last spring, and then refused to drop out of the seat before the general election--was finally ejected by her colleagues in Harrisburg this January.

The way the story has been told thus far in the media, Acosta urged North Philly ward leaders to choose Frederick Ramirez as her replacement, and they agreed. (And let's pause for a second to fully appreciate the absurdity of a convicted felon being afforded the opportunity to choose her replacement) A judge then kicked Ramirez off the ballot because he didn't live in the District, leaving Republican Lucinda Little as the only candidate on the ballot for the special election in an overwhelmingly Democratic-leaning district in terms of party registration.

Now as many as 30 write-in campaigns are happening, and the party has totally squandered its best opportunity to choose the next state Representative for the 197th.

This is all technically correct, but there are a number of assumptions baked into this telling that obscure how the process works, and make certain people look less shitty than they should.

When an elected state office opens up in the middle of a term, the state legislature selects a special election date, and then each party gets to choose a nominee for the election. There isn't an open primary--it's the party's choice.

Customarily, the Democratic City Committee will let the ward leaders whose wards overlap the district choose a nominee amongst themselves, rather than bigfooting the decision from on high. But the party is still the backstop. When Leslie Acosta got the North Philly ward leaders to go with a candidate who didn't live in the district, DCC chairman Bob Brady could've said "hell no" and told them to make another choice.

But he didn't do that, and is instead out there in the media saying stuff like "The Latinos, it’s a shame they just can’t get their act together” when really he's the one with the power to advance the nomination.

And I say "advance the nomination" because it's actually not even Bob Brady who gets to make the final call--it's the state Democratic Party. 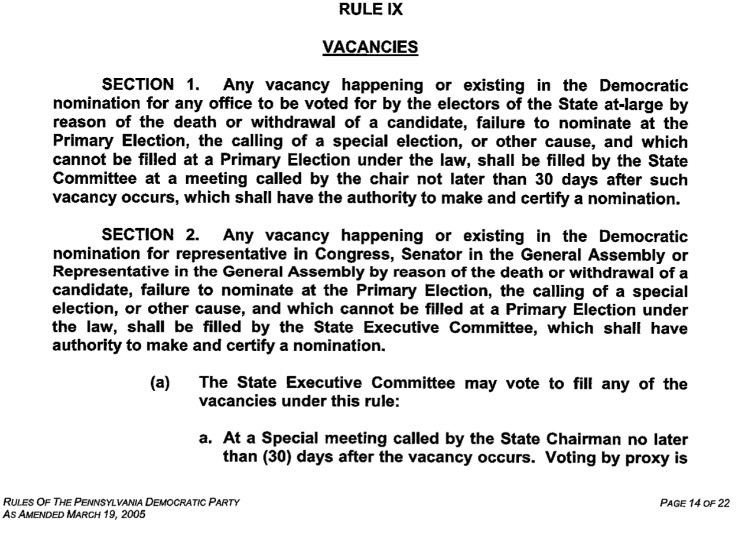 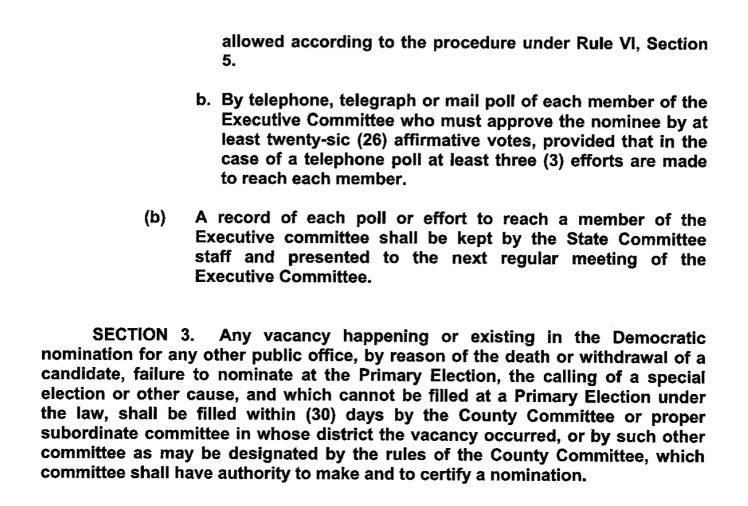 So it's actually State Executive Committee that has the say on State Rep vacancies, not the Democratic City Committee. While their customary process is to let the local party organization choose the special election nominee, and then ratify that choice, the buck stops there. If State Committee Chairman Marcel Groen thought Bob Brady made a stinker choice, he had the ability to reject it. And he had every incentive to reject it, at least in theory, since a weak or compromised nominee would mean fewer Democratic members in the legislature.

So the most accurate chain of fuckery here begins with Leslie Acosta not dropping out of the race for reelection as early as she knew she'd been convicted of a felony, moves to North Philly ward leaders accepting her choice of a non-resident for her replacement, moves to DCC chairman Bob Brady accepting the North Philly ward leaders' choice, and ends with PA Democratic Party chairman Marcel Groen accepting Bob Brady's choice.

If Democrats lose the 197th House District seat to a Republican, Bob Brady and Marcel Groen shouldn't get away with passing all the blame to the North Philly ward leaders, terrible though they may be.