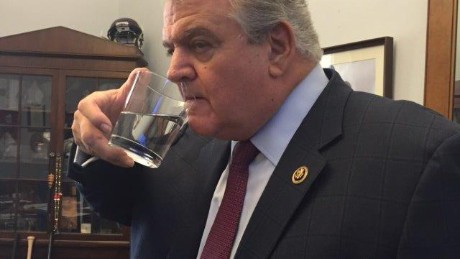 Dave Davies flagged a juicy detail from Judge Jimmie Moore's hearing this week, in which Moore pleaded guilty to accepting a $90,000 payment from Congressman Bob Brady's campaign to abandon a primary challenge against the incumbent. According to Moore's attorney, the feds have really been sniffing around Brady.

"At his guilty plea hearing Monday, Moore said under oath that he'd committed acts described in a government plea memorandum, including meeting with Brady to see what he "was willing to offer" in exchange for Moore's withdrawal from the race. The memorandum says the two struck a deal, and that Brady agreed to disguise his campaign committee payments to Moore as purchases of campaign materials and services.

[Moore's attorney Jeffrey] Miller said in the hearing that Moore had been cooperating with prosecutors "for months."

After the hearing, Miller told reporters that the government has conducted dozens of interviews and electronic surveillance in investigating the case. "There's a vast amount of evidence out there," Miller said. "Whether it tends to point to Congressman Brady as doing something illegal, or tends to exculpate him, I don't know." Miller declined to say who may have been recorded.

Brady hasn't been charged. He says he never cut a deal with Moore and didn't do anything wrong.

The Inquirer had previously reported that the FBI is investigating Brady, and there are open questions as to whether it's limited to just this instance, or if it's connected to the investigation of Local 98 and local elected officials.

Whatever the case may be, the episode has prompted more people to start seriously looking at 2018's 1st Congressional primary, or at least thinking about their next moves after Brady's exit from Congress, and the city's Democratic Party. Omar Woodard and Lindy Li have both publicly stated their interest in running for the 1st Congressional District, and several other local politicians are rumored to be getting their ducks in a row for a run in the event of a surprise open primary.

The chairmanship of the city's Democratic Party is also rumored to be changing hands next year. For over a year, Brady has been rumored to be on the verge of retirement, and about one year ago, back in August 2016, City & State PA reported that former Controller Jonathan Saidel is the anointed successor to Brady as chair of Democratic City Committee.

As next year's ward elections approach, there is some intrigue around whether Brady will try to install the next Chair before the party holds its internal elections next May, or whether the assumption is that Saidel will still win a vote after the May primaries. The chair is elected by the ward leaders every 4 years, and ward leaders are elected by committeepeople. With the groundswell of interest in contesting these elections following the 2016 Presidential election, it's possible we could see some new ward leaders elected to the DCC.

In both cases, Philly Democrats deserve an open debate about what comes after the Brady era. The future direction of the Party is a hotly debated topic following the 2016 Presidential loss, and what better way to decide this than through an open and competitive election for these top leadership positions?