City Council: Go All the Way with Sheriff Reform this Fall 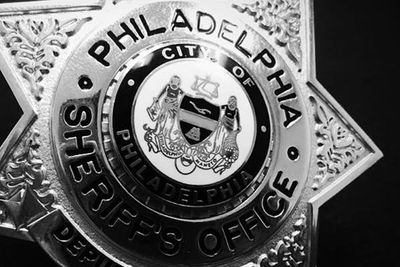 City Council, led by 9th District Councilmember Cherelle Parker, successfully brought political pressure to bear on the Sheriff’s office after a surprise announcement that Sheriff sales of tax-foreclosed properties would move entirely online. After a lengthy hearing and public denouncement by Parker and other Council members, the episode culminated in a court order postponing all Sheriff sales until this September.

It's a rare occasion that Sheriff stories get so hot they boil over into the mainstream consciousness like this, and one thing this issue really highlights is that the Mayor and local legislators don’t have any actual power to reign in the Sheriff besides coordinating some bad press like in this case because the office is, mistakenly, set up as an independently-elected authority in the City Charter.

The real estate office under the Sheriff really belongs under the control of the Mayoral administration, and the security functions belong under the control of the courts, but the Charter mashes these two obscure but important functions together in an independently-elected office that nobody pays attention to, and it's no surprise that the office has been plagued with corruption issues under the last two occupants. And it would be an awfully optimistic view of the institution to think everything changed the moment Rochelle Bilal walked in the door.

Sheriff sales, and especially the advertising contracts for the listings, are the murkiest part of the muck at the Sheriff’s office, and it's heartening in a way to see the office getting pilloried over the exact part of the office that deserves more scrutiny, as opposed to things like the sexual harassment scandal under Jewell Williams that, while terrible, didn't get to the heart of the issue of what's wrong with the office in the same way.

So far, Council hasn’t indicated they’ll take the logical next step after these recent actions and take away the Sheriff's power to conduct these sales independently, but that's exactly what they should do, and the good news is it's fully within Council's power to introduce a Charter amendment this fall to abolish the Sheriff’s office as an elected position.

It would really be too bad if Council whiffed on the Charter change amendment to end Sheriff elections now, when the single best reason to end those elections is the thing that’s in the news and drawing lots of negative attention. There'll never be a better time than now, and there’s a real opening here for some enterprising politician to finally make it happen.