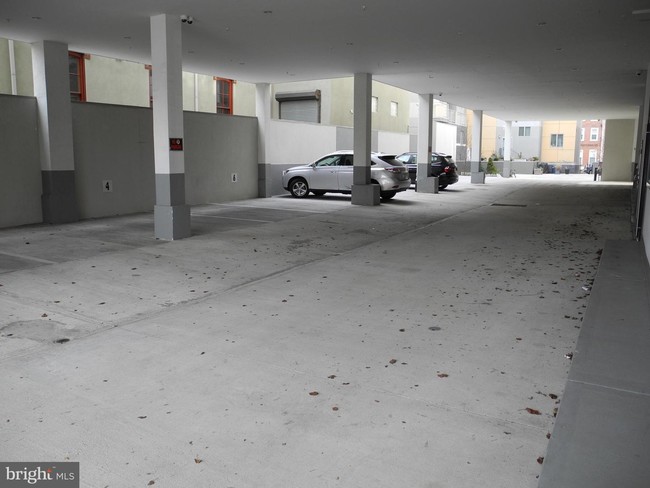 One of the long-running sagas we've been following here since 2016 is the push from Council President Darrell Clarke and 3rd District Councilmember Jannie Blackwell to increase minimum parking requirements in the zoning code—an idea so bad there's a whole 800-page book devoted to how terrible it is.

This is an issue where the gap between what the evidence says and where the politics are is especially wide, but as the consensus against minimum parking requirements has hardened among planners and activists in housing and transportation fields over the last 25 years, the politics have slowly started to change. City Councils in peer cities like Buffalo, Minneapolis, and just recently San Francisco have voted to fully eliminate their parking requirements on the basis of affordability and environmental concerns, and Philadelphia made real progress reducing ours in the Zoning Code Commission package passed in 2011.

But during this Council term, there was a rearguard push by some of the members who had never gotten on board with those changes—most prominently Darrell Clarke, Jannie Blackwell, Bill Greenlee, and Brian O'Neill— to turn back the clock, and they've spent the past three years unsuccessfully promoting a bill that would bump the parking quotas back up in random ways.

Now, after one last-minute push during the lame-duck session this fall, it looks like the bill is likely dead, with Councilmember Blackwell telling PlanPhilly she doesn't have the votes. The bill, which was first introduced in 2016, shelved, and then shelved again after an attempt to revive it last summer, had been scheduled for a Rules Committee hearing this Wednesday but was pulled from the agenda Tuesday. Blackwell says that's because it doesn't have the support to pass:

“I don’t have the support, it’s that simple,” said Blackwell, during a phone interview about the future of her parking legislation. “I didn’t have support the last time, but I thought I’d try again while I’m here. For some reason, and I can’t pretend to understand why, I can’t get my colleagues to support it.”

The failure of Blackwell’s bill comes at a time when American municipalities are increasingly skeptical of parking minimums. In the last two years, cities as different as Buffalo, Minneapolis, and San Francisco have all moved to eliminate parking minimums entirely.

There's a very limited window this fall to still pass the bill, but if the votes aren't there, it's likely not going to be rescheduled in the Rules Committee. Jake Blumgart says the push could continue on in the next City Council term, but the vote math only gets more difficult for Clarke next year.

City Council President Darrell Clarke is also a supporter of increasing parking minimums, so the end of Blackwell’s career will not end the support for the policy in the city’s legislative body.

At the end of the spring session, he introduced legislation to create a Zoning Code Review Commission, under his control, to propose reforms that would include increased parking minimums.

But in addition to the loss of Blackwell’s vote, another consistent Clarke ally, William Greenlee, is retiring. Republican Councilmember Brian O’Neill, who shares many of Clarke’s perspectives on zoning, is facing his first serious challenger in decades this November.

Not only are two certain Yes votes for parking minimums (Blackwell and Greenlee) not returning to Council in January, but they'll be replaced by two certain No votes from Kathy Gilmore-Richardson and Jamie Gauthier, who both went on record with their support for eliminating parking minimums during the primary campaign. They're joined by two incumbents Allan Domb, and Maria Quinones-Sanchez (who is sometimes allied with Clarke on housing legislation), and three of the At-Large general election candidates Kendra Brooks, Joe Cox, and Republican Matt Wolfe. And on top of all that, having the Rules Committee Chair be someone other than Bill Greenlee in the next term is itself a major blow to the cause.

So not only is there going to be no support in the next Council term for increasing minimum parking requirements, but there may actually be a political opening to further reduce or eliminate them in some cases. It's a welcome reminder that City Council really is about to see a big generational turnover next year and we're hopefully going to see some other backward ideas start to fall off the agenda as well.

Check out this explainer video from Vox for an introduction to this debate and why it matters so much for the overall housing and transportation picture.