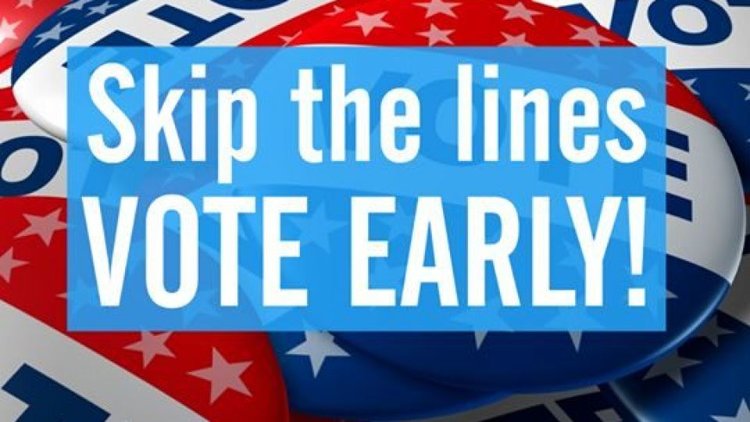 Many people know Act 77 established a new vote-by-mail system for Pennsylvania, but there are a couple of unsung features of the law that there’s less public awareness of because they haven’t debuted yet due to the pandemic. The big one is the in-person early-voting satellite locations where people will be able to request, complete, and turn back in their absentee ballots in a single trip. This is still officially absentee voting, since the ballots are scanned later on, but there’s no mail involved.

This week election officials from around Southeast PA announced intentions to open several such locations—with a big asterisk around funding—including as many as 17 in Philadelphia, reports Jonathan Lai.

Philadelphia election officials hope to set up 17 such early voting sites, including at their main office at City Hall, if they can secure funding to do so and overcome other hurdles. Montgomery County officials are planning five locations, including at the county government office in Norristown. Delaware County officials have already approved two sites, in Upper Darby and Media, and are likely to approve a third in Chester. They are also hoping to create a portable office that can travel around Delaware County. And Bucks County officials will vote this week on a plan to set up three voting sites at government buildings in Quakertown, Doylestown, and Levittown.[...]

Unlike traditional early voting, in which people use voting machines the same way they would at polling places on Election Day, Pennsylvania’s method uses mail ballots. Under a new Pennsylvania law enacted last year, any voter is allowed to vote by mail. And in addition to requesting a ballot online or through a form in the mail, voters in any county can go to their county election office and request a mail ballot that is printed and given to them there. They can then fill out the ballot and return it immediately [...]

With the possibility that dropboxes could be out of the picture due to the RNC lawsuit, these staffed satellite offices are the next best option for early voting options close to people's homes, and the good news is that it won’t take very much money to make it happen.

The amounts of money involved in staffing 17 satellite offices and also sending every voter a ballot application—which some evidence suggests closed the education gap in mail-voting in Allegheny and Luzerne—are miniscule in terms of political money, especially when compared to the enormous potential costs to Philadelphia from a Trump reelection win.

As bad as the city’s budget situation is, it is still worth it to Mayor Kenney and City Council members to spend the $3-4 million that’s needed to get Philly’s early voting rates up during the 50-day early voting window that starts in September.