Darrell Clarke Done Even Pretending to Care About Pedestrian Safety 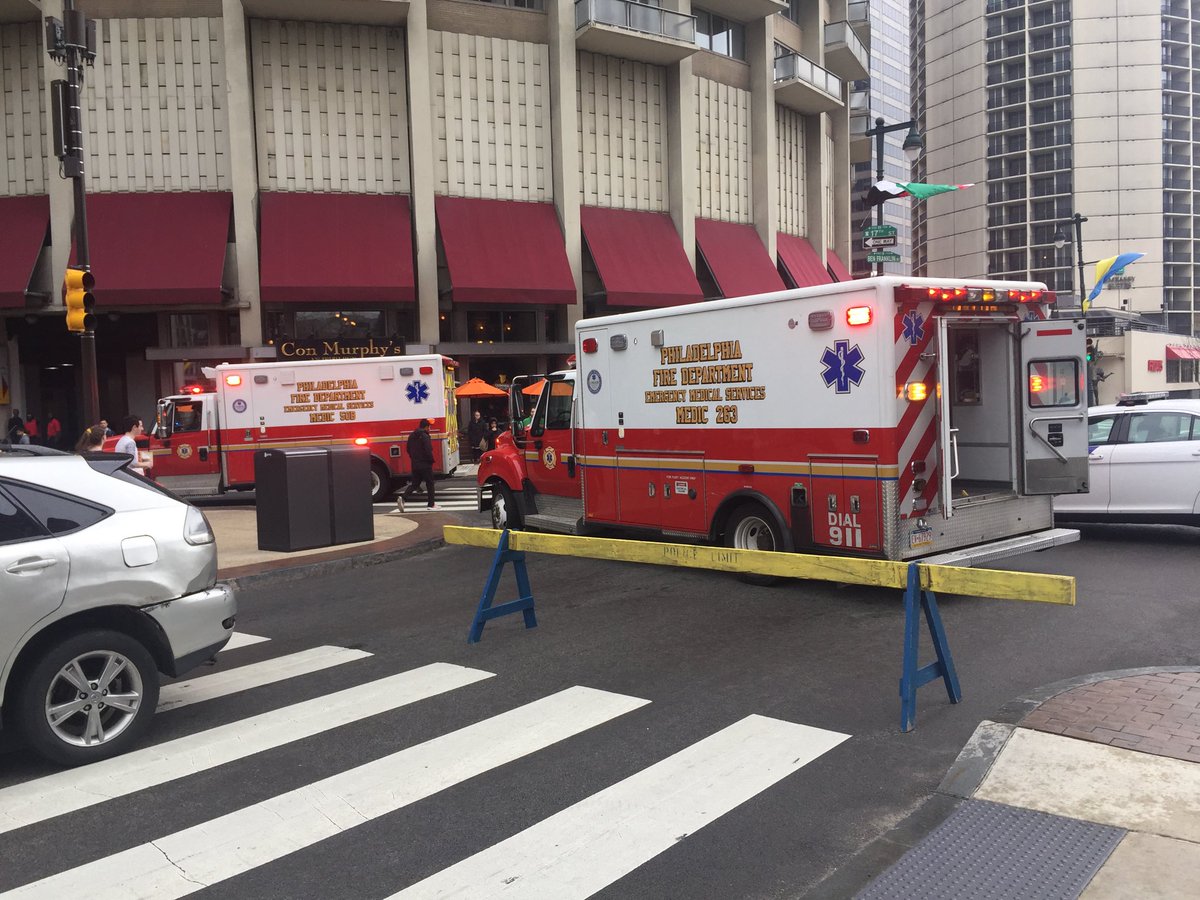 (Multiple children were struck on the Parkway one day after Clarke's comments: Image credit: Dan Urevick-Ackelsberg on Twitter)

According to the Kenney administration's Vision Zero Action Plan, Philadelphia has the highest per capita traffic death rate among peer cities at 6 fatalities per 100,000 people. It's a big problem, and the administration is trying to do something about it through a comprehensive program of engineering, enforcement, and education aimed at halving the rate of serious pedestrian injuries and fatalities on Philly's public streets within 5 years.

As the staffers from the Mayor's Office of Transportation and Infrastructure Systems are fond of saying in their public presentations on the Vision Zero initiative, speed is the most important factor in whether pedestrians struck by cars live or die, and driving a little slower is a small price to pay to make sure everybody gets home safe to their loved ones.

Not everybody has bought into this goal, though, and some elected officials are more candid than others about their disinterest in  making any sacrifices for greater pedestrian safety. Council President Darrell Clarke, in particular, has only rarely pretended to care about this.

After transportation activist Peter Javsicas was killed last year by a driver who jumped the curb at 16th and JFK, Clarke was eventually embarrassed into making a statement, in which he called for hearings on Vision Zero—apparently unaware of the existence of the administration's finished Vision Zero Action Plan. (The hearings never happened.) A year later, we're finally going to see some action on traffic calming in this area, but it's still just a pilot project because Clarke refuses to pull the trigger on a permanent fix.

Second perhaps only to Daily News columnist Stu Bykofsky, Clarke has long been the city's most preeminent skeptic of a more balanced approach to transportation, particularly when initiatives to increase choices or safety for non-drivers come with even minor trade-offs for drivers. Questioning the Council's 2012 decision to reduce minimum parking requirements—a regressive tax-and-transfer from non-drivers to drivers—at a hearing in 2016, Clarke summed up his transportation politics with the now-immortal quote "This is Philadelphia. People drive to the corner store. This is what we do.”

Clarke's strong conviction that driver convenience should come first at all costs was on full display again this week at the Streets Department's budget hearing, where he insulted Deputy Managing Director Mike Carroll and hand-waived away the idea that the administration's safety goals should trump his own ability to drive to work a little bit faster.

From Jim Saksa's report in PlanPhilly:

At Tuesday’s hearing, Clarke seemed ready to stand up and demand a faster drive to work.

“I know we have an exhaustive study as it relates to bike lanes and bikes and all the things associated with that, but what is the game plan for the vehicular traffic?” Clarke asked Carroll. “I think all of us kind of witness that every morning and in the evening, coming down Broad or whatever.”

“The idea, though, is mostly focused on safety because the fact is, if you compare the city of Philadelphia to other cities around the country, we're not really one of the most traffic congested cities around the country. we're like number 25,” said Carroll, referring to Texas A&M’s Urban Mobility Scorecard’s travel time index. “We are the worst in terms of people getting killed and injured though...So, that's the priority the administration set, to deal with the people getting killed on the streets,” said Carroll.

“So, it’s not about increased traffic?” Clarke asked in response. “Because you're talking about everything but what I asked you about.”

Most politicians would at least address the safety issue as an important concern before pivoting, especially when the stats are this bad, but Clarke can't be bothered to do even that because he sees the whole thing as an annoyance. He also referred to Carroll as a "transportation guru," mocking his expertise in this area despite Carroll's dual degrees in engineering and planning.

And therein lies the central problem for transportation progress in Philly. We already know exactly what we need to do to create the safer, cleaner, more reliable transportation network of the future, but none of that matters if we continue to elect City Councilmembers who are, at base, politically opposed to that vision.