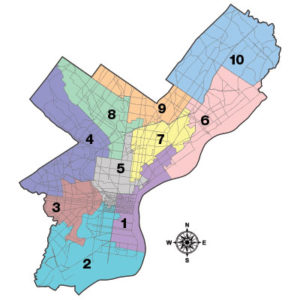 The new Democratic House majority in Washington has prioritized an ambitious political reform package, H.R. 1, as their first item of business, which would overhaul important aspects of the voting and campaigning landscape with the aim of expanding voting rights and restoring trust in the political system.

Local government reform organization Committee of Seventy wants to harness some of that national momentum for a local anti-corruption, pro-accountability push, and this week they released an agenda they're calling Philadelphia Resolution 1 designed to strengthen our local democracy and governing institutions.

This will be a familiar agenda to anybody who's followed Seventy's work over the years, but it has even more resonance and relevance in this moment due to the confluence of City Council scandals that broke this year, enabled by the weaknesses in our local institutions that government reformers have been pointing out for decades.

There are five platform planks to Resolution 1, each of which are spelled out in greater detail on their website:

• Make elections open, fair and competitive: Philadelphia needs elections that encourage a robust competition of candidates and ideas, and that ensure all voters are represented. What will it take? Encouraging an open and transparent ward system where neighborhood committee people have a voice. Opening primary elections to the more than 125,000 independent voters across the city. Eliminating ballot position as a key factor in who wins public office. And this is just a start.

• Curb Councilmanic prerogative: District City Council members have a critical role to play in representing their constituents on development decisions in their communities. But powerful local prerogative has limited the city’s ability to manage growth according to a strategic plan based on shared values and goals. Council took the right step by creating the Land Bank, trying to move towards a more transparent and deliberate process for bringing vacant properties back into productive use. But now we need it to work.

• Enable citizens to lead the redistricting process: In Philadelphia and in Harrisburg, voters should have the power to draw the political boundaries so consequential to their representation. As with state and congressional maps, City Council districts should be drawn by an independent citizens’ commission with clear and meaningful criteria and 21st-century standards of transparency and public engagement.

• Enact council term limits: Every legislature needs steady turnover to stay representative and responsive, coupling new members’ energy and ideas with the experience of longer-serving lawmakers. Reasonable term limits—three or four terms allowing 12-16 years of service—would bring Philadelphia in line with other major cities and ensure a healthy degree of competition for these important seats.

• Ensure a more transparent and accessible City Council: Allow discussion and debate around Council’s $17-million budget during the regular budgetary process, as happens with other offices and agencies across the rest of City government. Even the legislative process itself can be made more open, with current versions of bills, proposed amendments and member votes posted online in real time, and in a manner where the interested citizen can access and understand.

Taken together, these changes would shift a great deal of power from politicians to voters by reducing the power of incumbency and ensuring more meaningful electoral competition. And within our local political parties, it would devolve a significant amount of power from ward leaders—who are not on the ballot—to elected committee people, who are. That could be transformative for how
ward endorsements work—particularly during special elections where those endorsements really matter—allowing many more voices into the process and changing the way candidates campaign for party endorsements.

To flag just one of these planks for extra emphasis, City Council redistricting is an absolutely critical issue that most people aren't really tuned into yet, which makes sense since the Census count hasn't yet happened, but it's going to be extremely contentious because of how much the population has grown and shifted since the lines were last redrawn following the 2010 Census. In particular, Districts 1, 2, and 5 have seen major population growth and new housing units since the last Council redistricting, and they're going to have to change significantly to stay within the required population range. But because those shifts won't happen in isolation, shifting those lines will also result in some significant changes to districts that didn't see a lot of population change.

In 2011, Committee of Seventy, Azavea, and some local news organizations were able to draw enough attention to this process through the Fix Philly Districts campaign to shame Council into passing a halfway decent map, and there's going to be a need to re-run that same play again. With groups like Fair Districts on the scene and the whole Pennsylvania Congressional redistricting decision last year, there's more awareness these days among activists about the importance of fair maps, but also perhaps an overestimation of how much local Democrats are on board with competitive maps in a place where most electoral competition is mainly taking place between Democrats.

The Philadelphia Home Rule Charter gives City Council just six months after the release of the Census results to come up with a redistricting plan, and if they can't agree on a map by then, they don’t get paid until a new plan is in place. The Mayor needs to approve any map too. The last time around, Census results came out on March 9, 2011, so the deadline to pass a map was September 9. Council passed it in time to have their paychecks delayed by only one day. The previous two times–in 1991 and 2001—Council members missed the deadline and temporarily lost their paychecks for longer.

Left to their own devices with the power to choose their own voters in a closed-door process, Council members would be unlikely to produce a map that promotes meaningfully competitive elections, which is exactly why fair districting advocates and their allies like Azavea and accountability-focused journalists need to come up with a plan now to elbow their way into having a seat at the table.