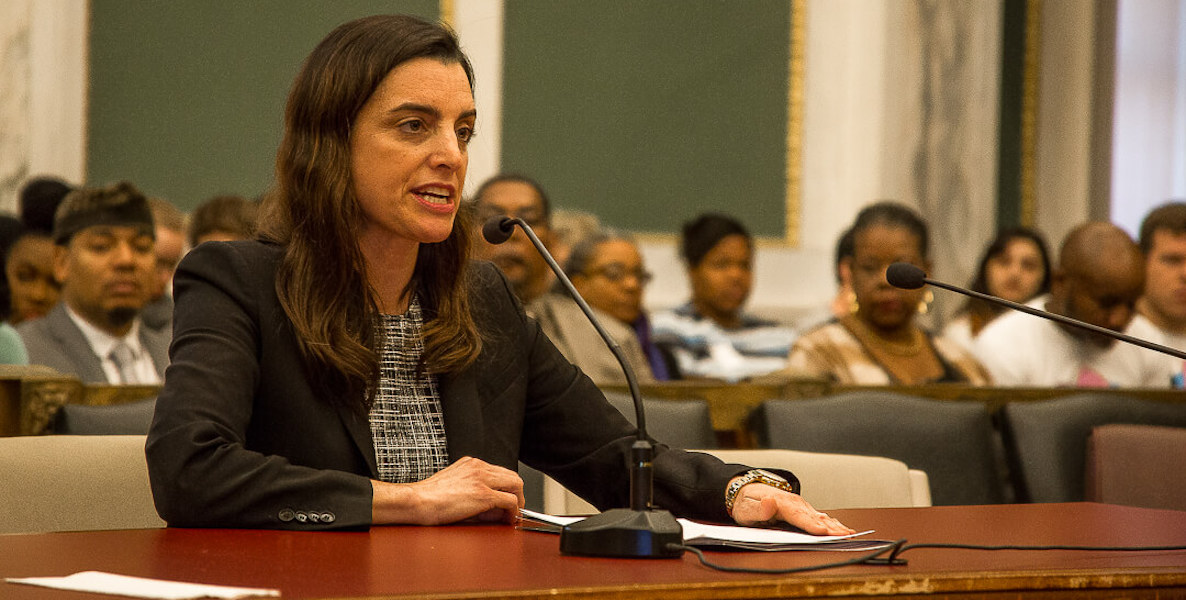 One of the big applause lines during Controller Rebecca Rhynhart’s 2017 campaign was her pledge to audit the Philadelphia Parking Authority, on the theory that prior audits from Controller Alan Butkovitz had pulled punches by not conducting a true performance audit of how the organization operates.

Now, a few months before kicking off her first reelection campaign, Rhynhart delivered on that pledge with the release of that audit, which contains plenty of grist for PPA reformers.

The controller’s audit compared PPA expenses, staffing levels, and revenue for its on-street parking program with those in other cities. Rhynhart said those comparisons showed that Philadelphia’s staffing levels are inflated and do not necessarily result in more revenue. Portland, Ore., for example, has about one-sixth the staffing of Philadelphia and 1,000 fewer parking spaces, but raises only $1 million less in annual revenue than the PPA.

Rhynhart also examined patronage jobs — for which the PPA has long been criticized — by taking a random sample of 107 employees in the on-street parking and support units. Of those employees, 23% either held political positions or lived with someone who did, such as party ward leaders or committee persons. Rhynhart said her review did not include more distant connections, such as friends or extended family members [...]

As executive director, [Scott] Petri has a salary of $210,000 — $16,000 more than Portland’s transportation director and $91,000 more than Boston’s commissioner of transportation and parking. The PPA’s response noted that Rhynhart did not take into account the size or structure of other agencies when making those comparisons, and said the executive director salary is less than it was five years ago, before Petri held the job.

In recent years, activists associated with the progressive wing of local education politics have started a small Pay Up PPA campaign to bird-dog the PPA Board at meetings and demand a $25 million a year minimum payment to the Philadelphia School District.

The significance of the PPA/Schools connection is that the PPA only pays the school district out of what’s left over after paying their own expenses, and then making a required payment to the City of Philadelphia. So the name of the game, from that perspective, involves pushing overall revenues up, and bringing PPA staffing levels down.

In the wake of the audit, some of the chatter about it online from politicians and activists noticeably avoids or downplays the issue of overstaffing of parking enforcement officers, preferring instead to focus on the high executive compensation or political patronage and corruption issues.

That’s certainly more comfortable terrain, but people with progressive politics shouldn’t shy away from the core of the argument here, which is that the PPA parking workforce is much too large, and should become smaller so that the workforce of teachers, school nurses, custodians, and guidance counselors can grow instead.

Public workforce labor-saving policies are always controversial when the alternative proposed is simply general budget savings or tax cuts, and it’s an important debate to have. But what’s being discussed here isn’t an overall reduction in public employment—it’s a staffing shift from one public agency to another much more popular one.

The Controller recommends dealing with the staffing bloat through attrition, and also through technological upgrades that we’ve written about before, like automatic license plater readers. As Rhynhart says, while the PPA has rolled out some LPR tech, they’re only using handheld readers that don’t fundamentally change anything about the job of individual enforcement officers. Instead of walking the streets covering a pretty low number of spaces per person, they could be biking or driving around scanning lots more cars in a short time period, allowing for the same volume of parking enforcement with a much smaller staff—a desirable outcome because it would mean more money could be sent to the School District instead.

Unfortunately, as Rhynhart says, the governance structure of the PPA is such that nobody besides the PPA Board can really hold the agency accountable for carrying out any of these recommendations, and so far they’ve shown little appetite for pushing very hard in this direction, but that could change as Governor Tom Wolf begins to get his choice of some new board members starting in 2022.