Why Is City Council Making Major Housing Decisions Before the Mayor's Housing Plan is Done? 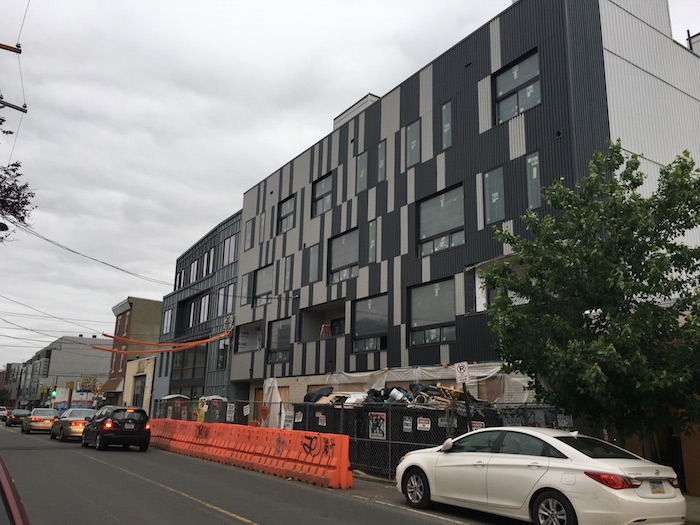 City Council passed a flurry of legislation in their final session day yesterday, summarized here by City & State, including a big housing package they had been debating over the last several months, the centerpiece of which was a new 1% construction tax.

As we wrote previously, this housing package ended up in a much better place than where the mandatory inclusionary zoning bill was heading after amendments, but there were still some important details to work out.

Judging by the narrow 9-8 vote in favor of the 1% construction tax (Bill 180351) about half of Council still thinks the bill still needs a lot of work, including several members who would normally be expected to align politically with new funding for affordable housing. The close 9-8 vote is also a rarity for this Council, which under Council President Darrell Clarke, strives for unanimous votes that resolve members' disagreements internally before bills are brought up for final passage.

In addition to some of the more expected construction industry arguments against raising taxes in general, or piling another new tax on top of other rate increases and recently-created taxes, there are some serious implementation problems that Council hasn't solved yet.

As L+I Commissioner Dave Perri testified at the hearing a few weeks ago, basing the tax on an estimate of total value leaves open all kinds of possibilities for tax avoidance that L+I and Revenue have no way of investigating or enforcing. And the bill would roughly double the workload for the Revenue Department without a corresponding increase in funding, slowing down the permitting process, and perversely, increasing building and housing costs.

“The Revenue Department does not have the resources to review the more than 22,000 building permit applications which are processed each year. The amendments introduced, at a minimum, double the compliance burden for property owners and the City by adding a second payment transaction, waivers, exemptions, and rebates. Maximizing collections for any tax depends in part on crafting a mechanism that taxpayers and the Department can easily implement.

As the Department of Licenses and Inspections transitions to on-line based permit processing, a manual, pre-permit review by the Revenue Department for assessment of the construction impact tax will significantly slow down the issuance of building permits and the start of construction. A delay in permit issuance results in counter-productive delays in all tax collections associated with construction activity.”

Kenney administration officials have raised other implementation issues with the tax as well, which remain unresolved in the final bill Council passed yesterday. Under the circumstances, it would not be surprising if Kenney vetoed the bill in its current version—especially since the close 9-8 vote likely means Clarke would have a difficult time whipping 12 votes to override the veto.

Two other bills also passed as part of the package, with more support, including a new sub-fund of the Housing Trust Fund and revamped density bonuses for home builders who include below-market units.

Other housing-related bills Council considered this Spring, including a push by Councilwoman Jannie Blackwell to double minimum parking requirements for residential construction; a pair of transit-oriented development overlay bills covering El stations at 46th and Market and four Riverwards locations; and a hearing on possibilities for curtailing the 10-year tax abatement were held in committee until the fall.

Also delayed until the fall session is a tranche of 81 properties, most concentrated in Fishtown and Kensington, that members nominated for Keystone Opportunity Zone designations in advance of the latest round of KOZ legislation in Harrisburg.

That designation exempts properties from all state and local taxes, as a subsidy to attract employers. The KOZ program's performance has a highly questionable ROI on taxpayer dollars as currently structured, but local elected officials would rather get a piece of the state's economic development spending than not, however imperfect the program may be.

Zooming out from all this, it's pretty difficult to identify any particular through-line connecting all these various pieces of development-related legislation to any discernable end goal.

On the one hand, Council would like to make housing more affordable through various subsidies and incentives. On the other hand, they also appear to want to make housing scarcer and more expensive by doubling minimum parking requirements, downzoning growing neighborhoods, and trimming the 10-year tax abatement—which, while politically appealing to many people, would likely reduce total housing production below current levels in any of the reform scenarios, according to a JLL study commissioned by the Kenney administration.

Taken together, these bills would have a major impact on the housing market in Philadelphia, and yet there is neither a clear diagnosis of what the problem is supposed to be, or a clear strategy for trying to solve it. Meanwhile, rather absurdly, the Kenney administration has been working on a Housing Plan which will soon provide decisionmakers with a more comprehensive picture of Philadelphia's housing challenges and strategies for addressing them.

While there are both good and bad ideas in the mix, acting on all this stuff before seeing the results of the Housing Plan is like choosing your medicine before you know what sickness you have. It's time for Council to take a step back, get caught up on the work the Planning Commission is doing, and wait for the results before taking further action.