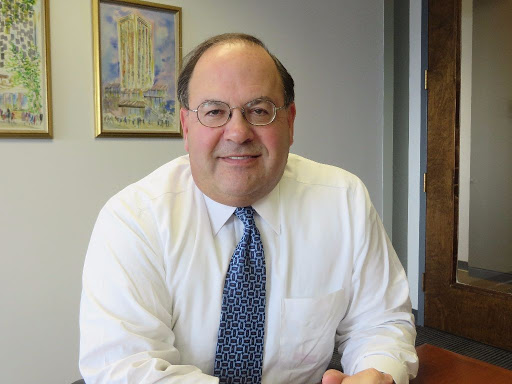 Several of the bills that Mayor Kenney pocket-vetoed at the end of the last term have since found their way back onto the agenda in City Council, and one of the most high-profile of those that resurfaced is Councilmember Allan Domb's bill creating a new low-income wage tax credit. That passed Council this week.

This is an idea that's long been a staple of city progressives' tax policy wishlist, so there's some irony to the fact that it's Allan Domb—a politician not entirely beloved by the city's left—who could be the vector for finally getting this done. The issue is that since the Pennsylvania Constitution's Uniformity Clause has been interpreted to prohibit a more straightforward progressive rate structure like the federal income tax has for the purposes of both state and local taxation, you need some kind of workaround to introduce some progressivity to the local tax system.

The low-income wage tax credit accomplishes this by effectively cutting taxes for the poorest wage earners, even while the wage tax rate stays flat for everybody. It's not pretty, but it's a good idea, and it looks like it could have the votes to overcome Mayor Kenney's veto threat, according to the Tribune's Michael D'Onofrio, since it has 11 co-sponsors, and needs 12 votes to beat a Mayoral veto. Kenney isn't opposed to the plan in concept, but wants to see it debated as part of the upcoming budget process, which kicks off with the Mayor's budget address next week. Finance Director Rob Dubow tells D'Onofrio he wants to see it weighed against other priorities, since the administration estimates it could cost as much as $25 million a year.

Here's how the proposal would work:

Residents fork over 3.8712% of their income toward the city’s wage tax, and non-residents pay 3.4481%. The wage tax, which is among the highest in the country, rakes in about $2 billion a year to the city’s coffers.

Under the legislation, all low-income workers who qualify for the program — both residents and non-residents — would see their city wage tax shrink to 1.5% starting July 1. The remaining wage tax is dedicated to the Pennsylvania Intergovernmental Cooperation Authority (PICA), a state board that oversees city finances. When PICA sunsets in 2023, the tax-forgiveness program would draw the city’s wage tax to zero for qualifying taxpayers.

It's true this is potentially an expensive program for the city to just pass on a whim—although less expensive than the unfunded expansion of the Homestead Exemption abatement program that Kenney also pocket-vetoed last year—and Dubow's point about addressing it as part of the budget debates makes sense, but just as a general political matter, this year is the right time window to pass this if Council is going to do it.

As a new analysis of City spending from Controller Rebecca Rhynhart explains, the city budget has grown to record highs in the last few years through a combination of increasing employment growth and property values, and new taxes. The city's been flush with cash, despite some medium-term headwinds for city finances, we do have the budgetary headroom to make this a priority.

With the city's unemployment rate also at a record low (although still distressingly high in absolute terms) and tax growth looking healthy, this is exactly the right political moment for the Mayor and City Council to be thinking about structural tax reform questions—not in a recession when everyone is fighting for over a shrinking pie.

As Controller Rhynhart's report notes in the conclusion, the relatively fortunate position we find ourselves in with city finances at the current moment should be an opportunity to right the big structural problems we've been talking about for years, the solutions to which would be expected to generate even more job growth and tax collections:

Additionally, the City’s consideration of other potential revenue uses, like tax reform, remains opaque. The high wage tax is often cited as a cause for weak job creation compared to other cities, and multiple studies have recommended that Philadelphia should become less reliant on wage tax, which has been found to suppress business development and is especially vulnerable to economic volatility. Rather than increasing spending in discretionary areas, the City could address longstanding challenges with the City’s finances and tax structure while stimulating job growth, like increasing the wage tax reductions or building an equitable, fair, and accurate property tax assessment system.