Darrell Clarke, Use Councilmanic Prerogative to Save St. Laurentius 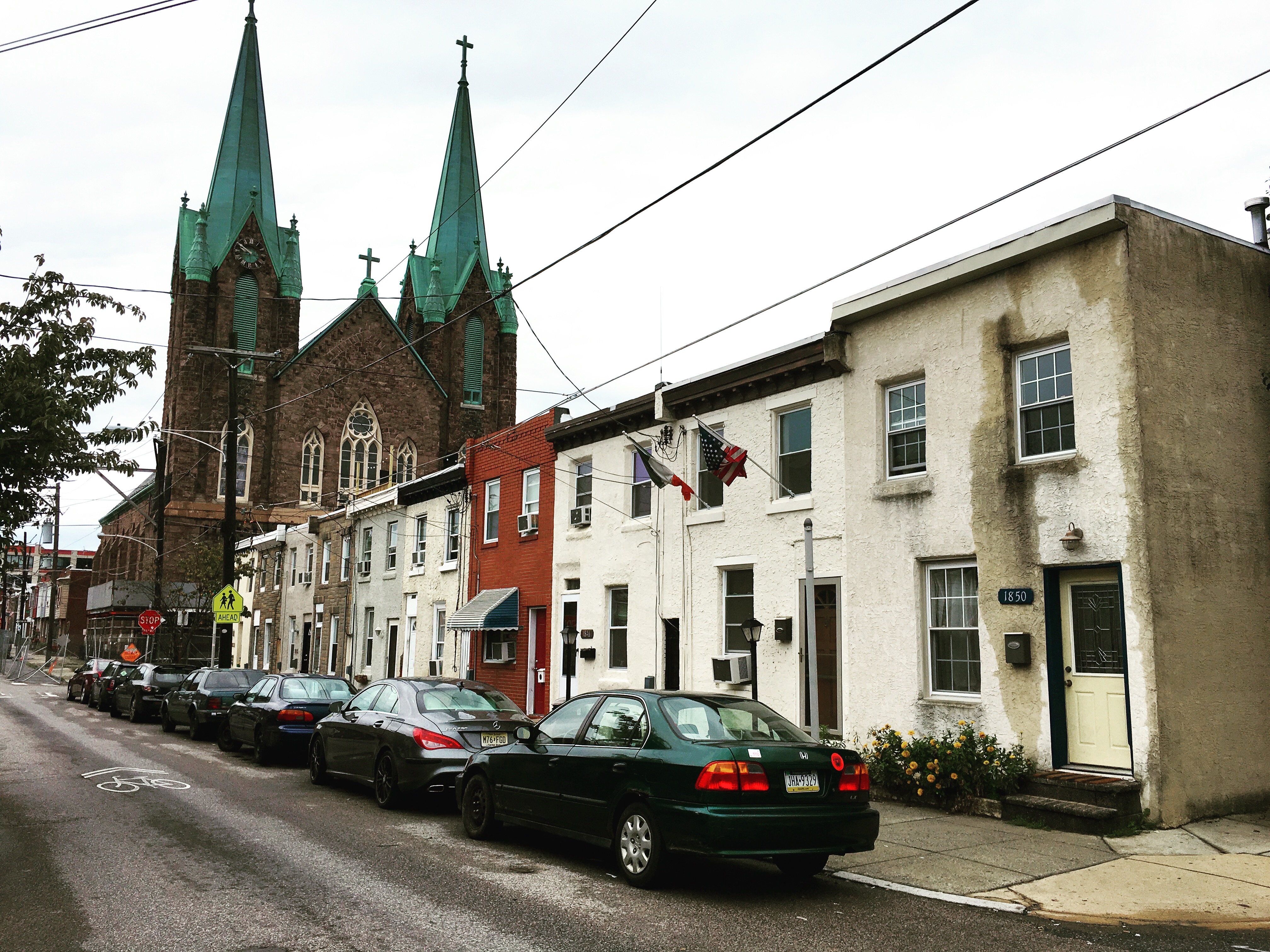 Councilmanic Prerogative is one of Philadelphia's more problematic governance traditions, but if it's going to exist at all, it should at least be used to solve local problems in cases where no other policy tools will suffice. Saving Fishtown's St. Laurentius church from demolition is exactly one of those occasions, and it's time for Darrell Clarke to pull out the big guns.

The St. Laurentius saga is a pretty local and winding controversy, but it's worth reviewing because it provides a useful lens into how Philly's zoning rules create unnecessary headwinds for adaptive reuse of historic buildings, and an example of an instance where it really would be appropriate for a City Councilmember to flex their Councilmanic Prerogative to solve a local problem.

The gist of the St. Laurentius story is that, in 2015, the Archdiocese of Philadelphia deconsecrated Fishtown's St. Laurentius church—the city's oldest Polish Roman Catholic church, and a major neighborhood landmark—and tried to demolish it. Neighborhood activists were able to win historic designation for the building's exterior and save it from being demolished, but there's been a heated debate ever since about the building's future.

The Archdiocese sold the building to Leo Voloshin, a Fishtown resident who took it on as a passion project, and put together a plan to save the building by developing the interior into a multifamily residence with 23 apartments. Some former parishioners and neighbors, organizing as the Faithful Laurentians, strongly opposed a residential use, both because it wouldn't allow visitors to use the building for community purposes, and also because of garden-variety concerns about density and parking. The proposed renovation didn't include parking for the 23 units.

To renovate the building, Voloshin needed variances from the city's Zoning Board of Adjustment, and the ZBA granted his request even after an extremely heated Fishtown Neighbors Association zoning meeting where most in attendance opposed it. The Faithful Laurentians organization then appealed that decision, were rebuffed by the Court of Common Pleas, and then appealed again. But since then, the main plaintiff asked to be removed from the appeal, but for the time being it's still caught in legal limbo awaiting a decision from Commonwealth Court. Meanwhile, the building continues to deteriorate by the day and at some point could be declared imminently dangerous. There's been a fence up for years blocking the sidewalk all around the building so that no chunks of stone fall off and hit anyone walking.

The root of the problem for Voloshin's plan from the very beginning has been that the church property, in spite of the building's massiveness, is inappropriately zoned RSA-5—the same category as the surrounding single-family rowhouses. City Councilmembers Darrell Clarke, Maria Quinones-Sanchez, and Mark Squilla (all of whom have pieces of Fishtown) rezoned the neighborhood pre-deconsecration, and didn't update the zoning for St. Laurentius from it's old RSA-5 rowhouse status to an institutional use or to a residential category more befitting of the building's massive size like RM-1 or RM-2.

It's probably fair to say that Clarke (whose 5th District covers St. Laurentius) didn't anticipate that the church would need to be Frankenstein'd into a multifamily residence shortly after he rezoned the neighborhood, but that is nevertheless where things stand now, and as the functional Zoning King in the 5th Council District, Clarke has the lever in hand that can bring this melodrama to a swift end.

The way land use votes go in City Council, every District Councilmember affords each of the other District members total control over land use matters in their districts. As a tradition, every District member will vote the same way as the member representing the affected district, and they expect the same deference in return. This is called Councilmanic Prerogative.

Critics don't like the Prerogative tradition for any number of reasons, chiefly because of how it impedes any real citywide land use planning, makes the zoning process excessively discretionary and political, and centers a ridiculous amount of power in a single elected individual. Indeed, more than one Councilmember has gone to jail over abuses related to Prerogative. Defenders of the tradition counter that Prerogative is necessary insurance against really bad projects getting through, because Councilmembers can step in and flex their muscle, and sometimes win.

Philadelphia officials have made some very hard-won progress toward a less discretionary zoning process over the last several years, and that is preferred mode in 9 out of 10 cases. But outcomes count for something too, and in this case, faced with a project opponent who is clearly on tilt and seems inclined to hold this up in court in perpetuity, it's time for Darrell Clarke to step in, and rezone St. Laurentius to whichever category will let the apartment plan proceed by-right.

If he truly wanted to save this building, Clarke would introduce an ordinance as soon as he gets back from summer break to rezone St. Laurentius to RM-2 (small-to-medium-sized apartment building), just to be safe, which would allow the 23 apartments to proceed by-right. Voloshin would then withdraw the current permit which is being contested, and resubmit the same plan for an over-the-counter permit, which would be granted. The whole matter could be put to rest early this fall and a Fishtown landmark could be saved.

Spot-zoning like this is generally not a good practice, but in this case, Clarke would simply be changing the zoning to what it probably should've been changed to during zoning remapping anyway. It's not like the neighborhood is going to go back and do a full zoning remapping any time soon, but facts on the ground have changed since the map was passed. Changes will always need to be made over time. The zoning categories RM-1 and RM-2, which allow small apartment buildings, are also fully compatible with neighboring rowhouse blocks. As someone living behind a construction site on an RM-1 lot, I know this well. The bottom line is that the opposition's case is meritless and if they win, the building is more likely to come down. Darrell Clarke is the one person with the power to take that option off the table.