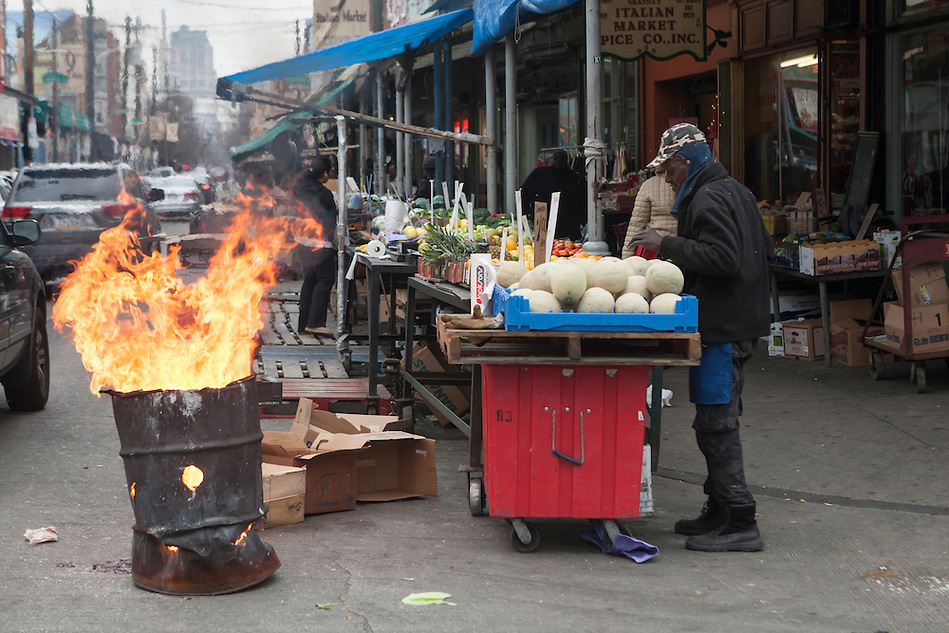 (Totally not in need of street cleaning)

Jake Blumgart reports that Italian Market property owners succeeded in stopping a vote on a bill from Councilman Mark Squilla that would have established a Business Improvement District for the Market and parts of Washington Avenue.

That's too bad. As we wrote last week, the Italian Market is a textbook example of a place that could benefit from a BID. It needs some additional public services over and above the city baseline, like street sweeping, more frequent trash pick-up, and pedestrian lighting. And it also frankly needs some new vision and leadership from someone whose day-to-day job it is to consider issues from a corridor-level perspective.

It's no coincidence that this was the first BID that had to contend with a new state law that substantially lowered the threshold of opposition.

The way it had worked before the new law passed was that after a BID bill was introduced in City Council, opponents had a 45-day window to demonstrate that 51% of impacted property owners in the area in question were opposed to the District. If they hit that threshold, City Council couldn't even bring it up for a vote.

The 51% threshold was unique to Philly. In the rest of the state, it's just 40%. When the BID law was originally passed, Senator Vince Fumo raised it to 51% for Philadelphia, against the advice of BID advocates.

But in a twist, after years of enjoying a favorably high threshold, BID supporters in Philly will now contend with a lower threshold for opposition than the rest of the state, at just 33% of impacted properties.

The bill was sponsored by Republican state Rep. John Taylor, and the only other co-sponsors from Philly were Democratic state Reps. Mike O'Brien and Bill Keller (whose districts are relatively close to the Market, but don't overlap it). The entire Philly delegation ultimately voted for the bill.

While there may be a case for not requiring opponents to achieve an outright majority to derail a BID, it seems pretty excessive to allow a one-third minority to overrule a two-thirds majority--especially since the calculation is based on the percentage of properties owned, not the percentage of property owners or business tenants. If I'm just one guy who happens to own a third of the properties, I alone can derail a BID. It's downright feudalist.

This is particularly problematic in the Italian Market, where a large number of the properties really are owned by just a few individuals. It's quite possible that the BID proposal there was defeated by a relatively small number of people. We'll be filing a Right-to-Know request to see which property owners submitted letters of opposition.