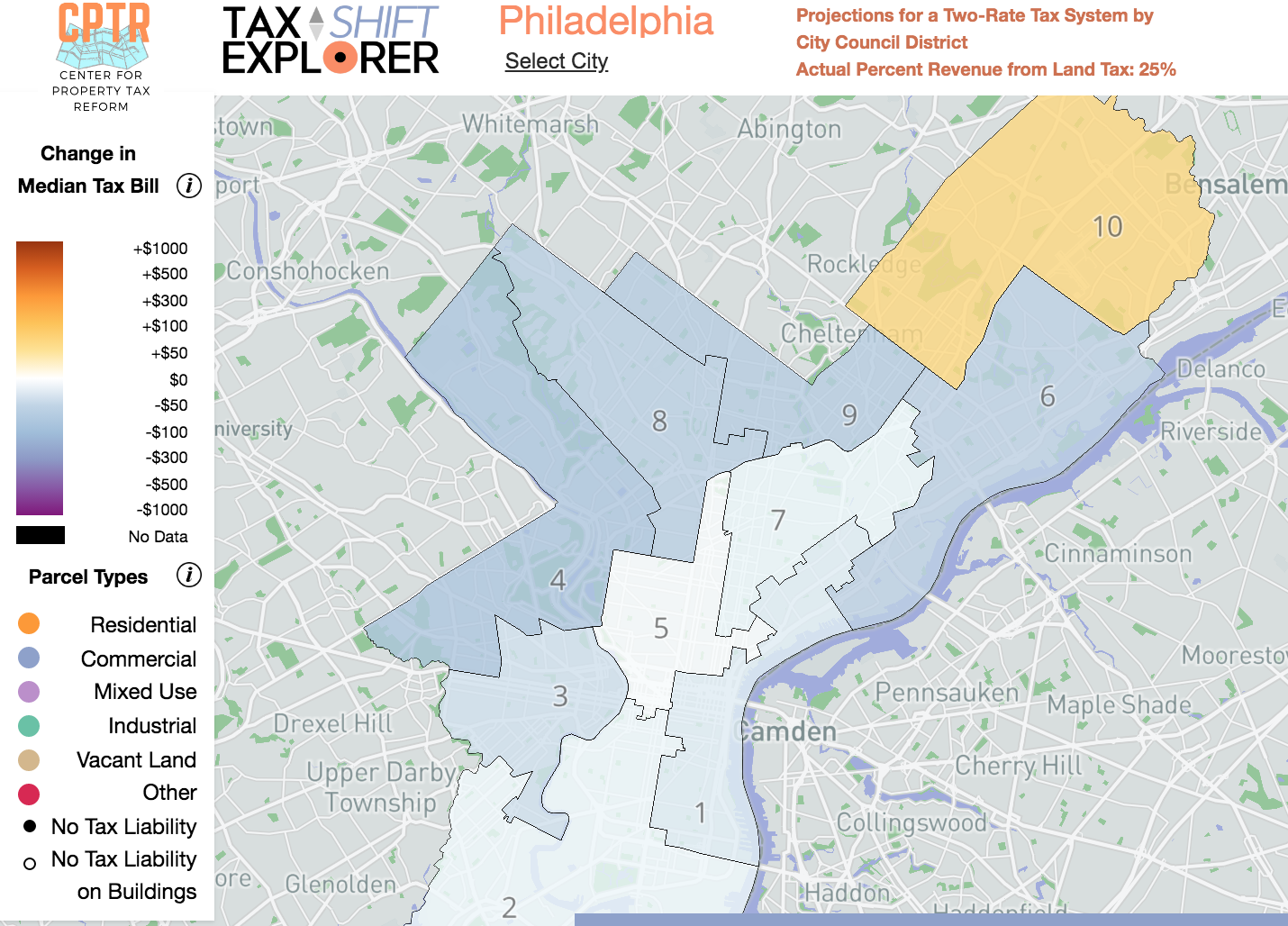 Councilmember Derek Green introduced an interesting resolution this week to hold hearings on the idea of shifting Philadelphia’s property tax in the direction of land value taxation.

Several Pennsylvania cities like Allentown, Harrisburg, and Scranton have what’s known as a “split-rate” property tax, where there are actually two different property tax rates—one for buildings and improvements, and one for land value.

All counties in PA are required to record separate assessments for land and buildings, as you see on your Philadelphia property tax bill, but the difference between Philly and those other cities is that they have separate tax millage rates for land, and they tax land at 5 or 6 times the rate for structures.

The resolution lists a range of reasons why a city would want to do that—namely that it’s a more distributionally progressive version of the property tax with fewer downsizes for economic growth—and Green has argued that it’s a good time to look at this because of the medium-term uncertainty around the viability of the wage tax in a world with a larger percentage of people working from home in the suburbs. If we expect a medium-term downshift in wage taxes, it makes more sense to rely on property taxes for revenue, and within the property tax, to rely more on the land portion, according to this logic.

Center City District President Paul Levy makes a similar argument in the Inquirer this week, minus the specific argument about land value taxes, but the reason it’s a good time to look at the land value piece of this is—perhaps counterintuitively—because the politics are better.

Making some inferences from these distributional shifts about which interest groups active in local politics might line up on which side of the issue, you can start to see the broad outlines of a very oddball coalition in favor of a land value shift that could potentially include a number of powerful constituencies (rowhouse owners! commercial real estate owners!) whose interests don't always align.

The analysis also looks at the breakdown for different property types within each City Council District, and finds that the same pattern of tax shifts generally holds in each district with the exception of the 10th District in Northeast Philly, where the land use patterns are more suburban and homes take up a lot more land on average. While every other district would see a cut in the residential share of property taxes, the 10th would see something like a 10% increase.

Check out the interactive map from the Center for Property Tax Reform, and make sure to zoom in to see how your own property’s tax bill would change under the different scenarios