Dispatches from the City Hall Rumor Mill | Part One: The Emerging Field for Mayor 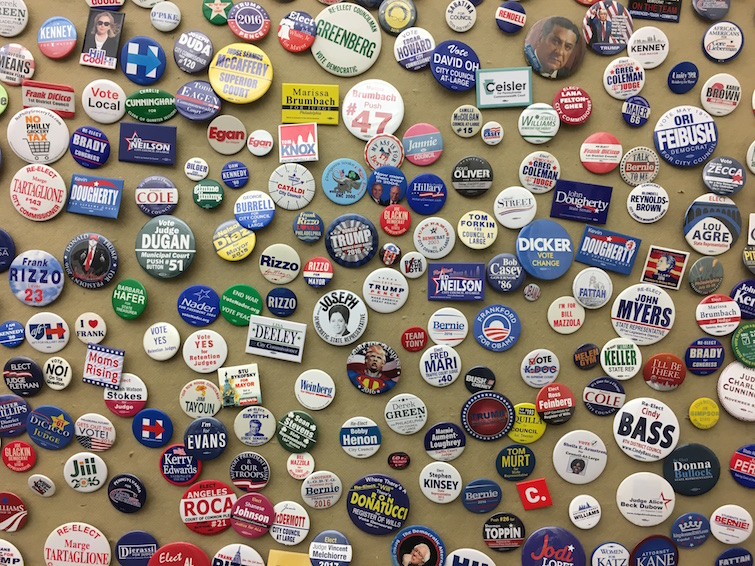 Next May, voters will head to the polls to elect a new Mayor, with all of seventeen City Council seats also up for grabs. So for the next few weeks, in partnership with Lauren Vidas of the Broad and Market newsletter, we’ll be previewing those likely candidates for the 2023 Municipal Election.

Sign up for the Broad and Market newsletter here, where this series will also be running.

Today, we’re exploring the first batch of rumored potential candidates in what is expected to be a crowded Democratic field for Mayor. On Tuesday, we’ll round out the field and cover the remaining likely candidates.

Who Will Be the Next Philly Mayor?

The behind-the-scenes maneuvering ahead of Philadelphia’s 2023 open Mayoral primary is already in high gear, but if you ask anybody “Who is running to replace Mayor Kenney when his term expires in January of 2024” the answer may surprise you: technically no one, but seemingly everyone. As of this publishing, there are no declared candidates for the democratic nomination for Mayor.

For the time being, future candidates are biding their time hinting at considerations and fueling speculation instead of making declarations. They are strategically enjoying the loud bully pulpit access they still have access to as elected officials. They are squirreling away their city paychecks that will end once the campaign begins and they must resign from their seats. They are savoring those last few weeks with family and friends under the summer sun, instead of the public microscope.

So, no one is running for Mayor right now. But come fall, all of that is likely to change with the first public candidacy declaration likely kicking off a series of resignations required by the Philadelphia Home Rule Charter’s “Resign to Run” provision. Under Resign to Run, any city elected seeking another office must resign from their seat once they publicly declare their candidacy for that other office. It’s Philly’s legal requirement to either “put up or shut up.”

Even though no one has publicly declared, the last few months have shown a marked shift in behavior from the potential Mayoral hopefuls as they elbow for 2023 pole position. The changes have been subtle in some cases - more polished fundraising emails and social media branding and engagement - and very obvious in others. Councilmembers who were reluctant to criticize the Mayor earlier in his term have now issued full-throated repudiations of his leadership, or as some allege, the lack thereof. Allan Domb has inched closest to the starting line, resigning from his At-Large seat on City Council to consider his next steps. But Domb is just one of many with his eyes on the second floor big office in City Hall. Here’s a rundown of the most likely candidates to jump into the fray.

Meet the Could-Be Candidates: Part One 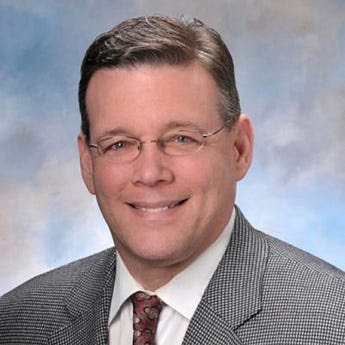 Background: Jeff Brown, a fourth generation grocer, has built both a local and national reputation for his efforts in owning and operating grocery stores in food deserts throughout the City. With twelve stores in his grocery empire, Brown has gained a following for his commitment to supporting local communities. Brown’s stores employ a significant number of returning citizens and feature products from local entrepreneurs. Brown’s work around food deserts was recognized by the Obama administration and he was a guest of First Lady Michelle Obama at the 2010 State of the Union address.  Brown, father of four sons, resides in Rittenhouse Square with his wife Sandy.

Legislative / Policy Focus: In addition to his work on food deserts and employing returning citizens, Brown, the only non-elected official on this list, is known for his vocal opposition to the City’s sugar sweetened beverage tax. Sources familiar with Brown’s early messaging, however, have noted that a soda tax rollback isn’t high up on his agenda, which is more squarely focused on jobs and workforce development.

Path to Victory: As a businessman who has spent his career operating grocery stores in under-resourced communities, Brown has a rare crossover appeal. Brown’s business bona fides are attractive to the Chamber crowd focused on economic growth, while his work in neighborhoods across the city has earned him a loyal following among many Black voters familiar with his business. Maintaining that kind of broad appeal is critical to his path to victory - a path made significantly easier through his ability to self-fund his campaign. His reported ties to a cash-flush political action committee, Philly Progress PAC, mean that Brown could prove a formidable presence in the race.

Roadblocks: As Tom Knox proved in 2007, self-funding isn’t a guaranteed path to victory in a competitive primary. It’s also unclear whether voters believe successfully running a business could translate into successfully running the city government. Brown could also be one of two self-funded Rittenhouse businessmen running for Mayor, splitting a chunk of the electorate each of them would need to consolidate to win. 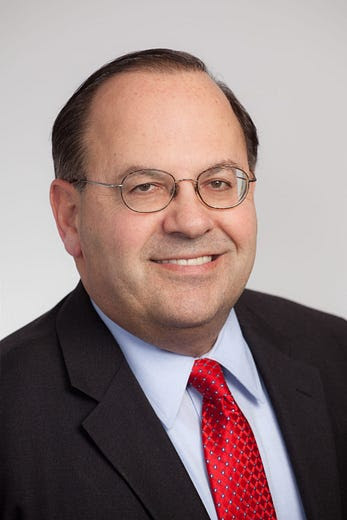 Bio: Prior to being elected an At-Large Councilmember in 2015, Allan Domb was best known for his sizable real estate empire and leadership of the Greater Philadelphia Association of Realtors. After forty years in the real estate industry, Domb says he ran for City Council “to bring his voice and skillset to city government to…help Philadelphia reach its full potential as a first class city.” Domb, who donated his Council salary to the School District of Philadelphia, focused his legislative agenda on attracting new businesses to expand the city’s tax base and growing job opportunities for all residents.

Legislative / Policy Focus: Domb was a fierce advocate of reducing the City’s wage and business taxes to promote economic growth and job creation. Domb also sponsored a Wage Tax Credit Bill to help Philadelphia’s lowest-income earners, which entitles them to a tax credit–a workaround that addresses the obstacle to creating a progressive tax rate structure under the Pennsylvania Constitution. During the pandemic, Domb led efforts to support the city’s restaurant and hospitality industry, most notably by championing the streeteries legislation that allowed hundreds of restaurants to move their operations outdoors, and to make the streetery program permanent in some locations.

Path to Victory: Domb, widely recognized as one of the most astute members of Council, has an incredibly sharp eye for numbers. His budget expertise combined with his entrepreneurial background could prove appealing for residents desperate for a functional city government. With a high net worth and a broad network from which to fundraise, Domb could pull significant financial resources into his campaign.

Potential Roadblocks: With a growing affordable housing crisis stoking gentrification fears in many working class neighborhoods, Domb’s brand as Philadelphia’s “Condo King'' could hurt his appeal. He’s also not the only well-funded Rittenhouse businessman in the race, narrowing his path to victory. 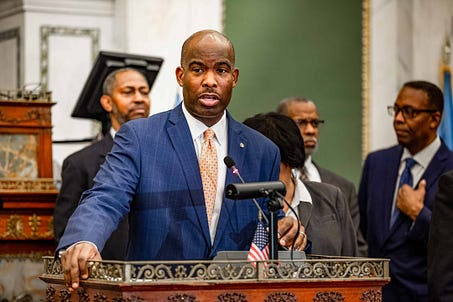 Bio: Prior to his election to City Council in 2015, Green served in a variety of roles in the public and private sectors over the course of his career. An attorney residing in Mount Airy with his wife and son, Green previously served as a Deputy City Solicitor where his work focused on housing and economic development. Immediately prior to his election, Green was Special Council to Majority Leader and 9th District City Councilmember Marian B. Tasco.

As a Councilmember, Green chairs the important Finance Committee which considers most bills impacting the City’s revenue sources. In Council circles, Green is known for his attention to detail, nuanced understanding of the legislation before Council and his deliberate approach to the legislative process. Outside of Council chambers, Green and his wife are heavily involved in Autism advocacy work inspired by their son’s diagnosis. They are top regional fundraisers for the non-profit Autism Speaks.

Legislative / Policy Focus: Green has led the campaigninside City Council to establish a public bank in Philadelphia with the hopes of expanding credit opportunities to disadvantaged residents and businesses. He scored a major policy and legislative victory this year with the creation of the Philadelphia Public Finance Authority which would move Philadelphia one step closer to the goal of creating a public bank.

Path to Victory: With close ties to the Northwest Coalition that propelled Jim Kenney to the Mayor’s office in 2015, Green has key inroads to effective political allies. He is one of the most disciplined of the potential candidates, which is a critical quality in a long election season. And as an At-Large member of Council, Green is very familiar with running a citywide race. While his accomplishments are not as conspicuous as some of his colleagues', he has put quite a few points on the board with smaller bills aimed at improving the climate for jobs and opportunity in the city, like increasing access to capital for small and minority-owned businesses. This combined with his personal experience running a small business could be appealing to voters.

Roadblocks: If he ran, Green would not be the only candidate with strong ties to the Northwest Coalition, potentially splitting the support of a key bloc. It’s also unclear whether Green’s more pragmatic operator style will position him to stand out enough in a crowd with some big personalities, and some more controversial records that will be the focus of voters’ attention. Whether voters will be ready to gravitate toward less-online, more steady-as-she-goes type candidates, or toward some of the candidates with political personas more optimized for social media, is very much an open question.

Stay tuned for “Meet the Candidates Part Two” on Tuesday!