Allan Domb: Upzone City-Owned Properties Before, Not After, Sales 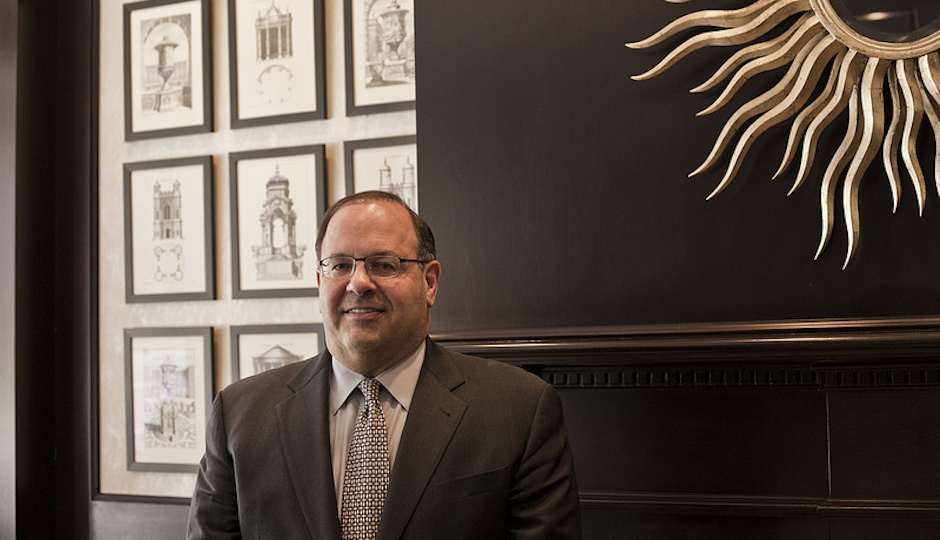 Councilman Allan Domb is a real estate pro, but ever since he was elected to City Council in 2015, he's tended to avoid playing to type and really owning the real estate and zoning issue set.

Domb has a few big goals he wants to accomplish on Council that are unrelated to real estate, and he has admirably been very disciplined about not being distracted from them. It's also a little frustrating for those of us in the zoning nerd community, since Domb clearly knows way more about land use and zoning than anyone else on City Council, and is well-positioned to play the resident expert and check some of the dumber ideas that Council is constantly producing in this space.

So it was encouraging to see Domb start to wade into this territory last week, with a novel idea to stop losing a bunch of money on city land sales.

Domb explained to WHYY's Tom MacDonald that when the City sells a property, and then rezones it after-the-fact, we're leaving money on the table.

"I just think on any parcel of property the city is going to sell, we should figure out the highest and best use — whether it's by an architect or any other form — and rezone it," he said. "That would keep "people from buying it from us super cheap, to upzone it and make all the money."

The increase in sales prices could be substantial, he said.

"Could be anywhere from 20 to 50 percent, depending on the upzoning," he said. "If you have zoning that allows for four stories, and we can get it upzoned to 20 stories, it's a different ballgame."

Back in 2014 when City Council was trying to sell shuttered school buildings expressly for the purpose of getting some more money, there was a lot of back-and-forth debate between the Nutter administration and Council President Darrell Clarke over just how much money selling the school buildings would bring in. Clarke said it would be $200 million, while the Nutter people said it would be about half that in the most optimistic scenario.

We'd like to see an update on who turned out to be more right, but this is all worth remembering because one thing nobody with any power ever suggested during this whole saga was the option to increase the value of these sites by upzoning them prior to sale.

When the City assigns a zoning category to a property, they either add or subtract development rights from that property. Those development rights have a monetary value. Council had an opportunity to directly add more value to the properties, but instead they tried to have it both ways.

Officially, Council wanted to maximize the amount of money they would get from these building sales. But they also wanted to maximize neighbor input (or more cynically, their own influence) over what the buildings would become after the sales. The second consideration seems to have won out in almost every case. The buildings were sold, then rezoned after sale, with the buyer pocketing the windfall from rezoning instead of the taxpayers.

This isn't a silver bullet for Philly's fiscal woes, but that's just the point: nothing is a silver bullet. Returning the city to fiscal health involves prioritizing the city budget first in thousands of small-picture scenarios where the stakes don't seem very high. Councilmembers consistently fail to consider the impact of their zoning and land use choices on the property tax base, and it adds up to a lot of money left on the table.