Elections About Nothing: The Simple Reason Why Philly's Row Office Elections Need to Go 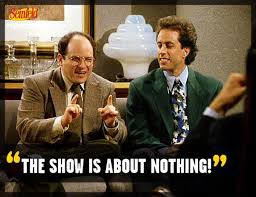 An Inquirer op-ed this week making the case for eliminating Register of Wills elections closes with a pretty good general principle for evaluating whether a position should be elected or appointed: if nobody can tell what the political content of the election is, then it's a poor candidate for an election.

The Editorial Board writes:

Above all, the existence of the Register of Wills on the ballot is unfair to voters. It is almost impossible to assess candidates, and voters are forced to make a decision in the dark -- making the election not about merit but about political clout. The sooner it goes away, the better.

The extent to which an election is going to be a good way to hire somebody to do a particular job depends critically on voters' knowledge of what the job entails, and knowledge of how voting for different candidates might push the policy status quo in this or that direction.

For example, voters tend to have a pretty good idea of what the Mayor does and what City Councilmembers do, as the local legislative process is in the news a lot, and it's usually reasonably clear who's responsible for administering the various city services.

Sometimes the lines of accountability still get a little scrambled, like when special districts or shadowy non-profits are tasked with providing the local services, but everybody generally knows to hold the Mayor or Councilmembers responsible for things like trash, taxes, policing, enfrocing code violations, and so on, and thus have some basis to hold those elected officials accountable for doing their jobs through voting.

By contrast, nobody really knows what the Register of Wills does. Here's the official description from their website:

The Register of Wills is an elected official, one of whose functions is to determine whether a document offered for probate should be received as the last Will of the decedent. In situations where a Will does not name an executor, the Register determines who is authorized to administer the estate of the deceased.

Wills are occasionally challenged on the grounds of forgery, lack of testamentary capacity of the testator, or undue influence. The Register hears testimony with regard to any challenge and makes a decision accepting or rejecting the document offered.

That sounds like a really important job. But is it a political job? What is the decision about the political direction of this work that voters are being asked to make, and more importantly, how are voters supposed to know whether a candidate is going to be any good at this?

It's the same problem with judicial elections, where voters are essentially being asked to select candidates on the basis of their professional credentials, despite the fact that the overwhelmingly majority of voters are not lawyers and don't have any particular basis for deciding who would do a good job—especially since the candidates can't commit to a particular policy agenda the way candidates for a legislature or an executive office can.

The same goes for the other row offices like the Sheriff, and of course, the City Commissioners, where in addition to the history of corruption and waste of resources (the Sheriff's office has more than doubled in size in the last decade) there's a more basic argument to be made that there's just too little political content in the work to justify having an election about it.

At the very least, there's not any more political content in what they do than many City departments that live under the Mayor, and especially in the case of the Sheriff, there's no real reason to prefer that the real estate unit's work be directed by somebody who isn't the Mayor, since the administration oversees many overlapping policy areas.

Any move to change the elected status of these positions would require 12 City Council members to vote to put a charter change on the ballot, so as you're out there meeting City Council candidates this primary season, make sure to ask them where they stand on row office elections.