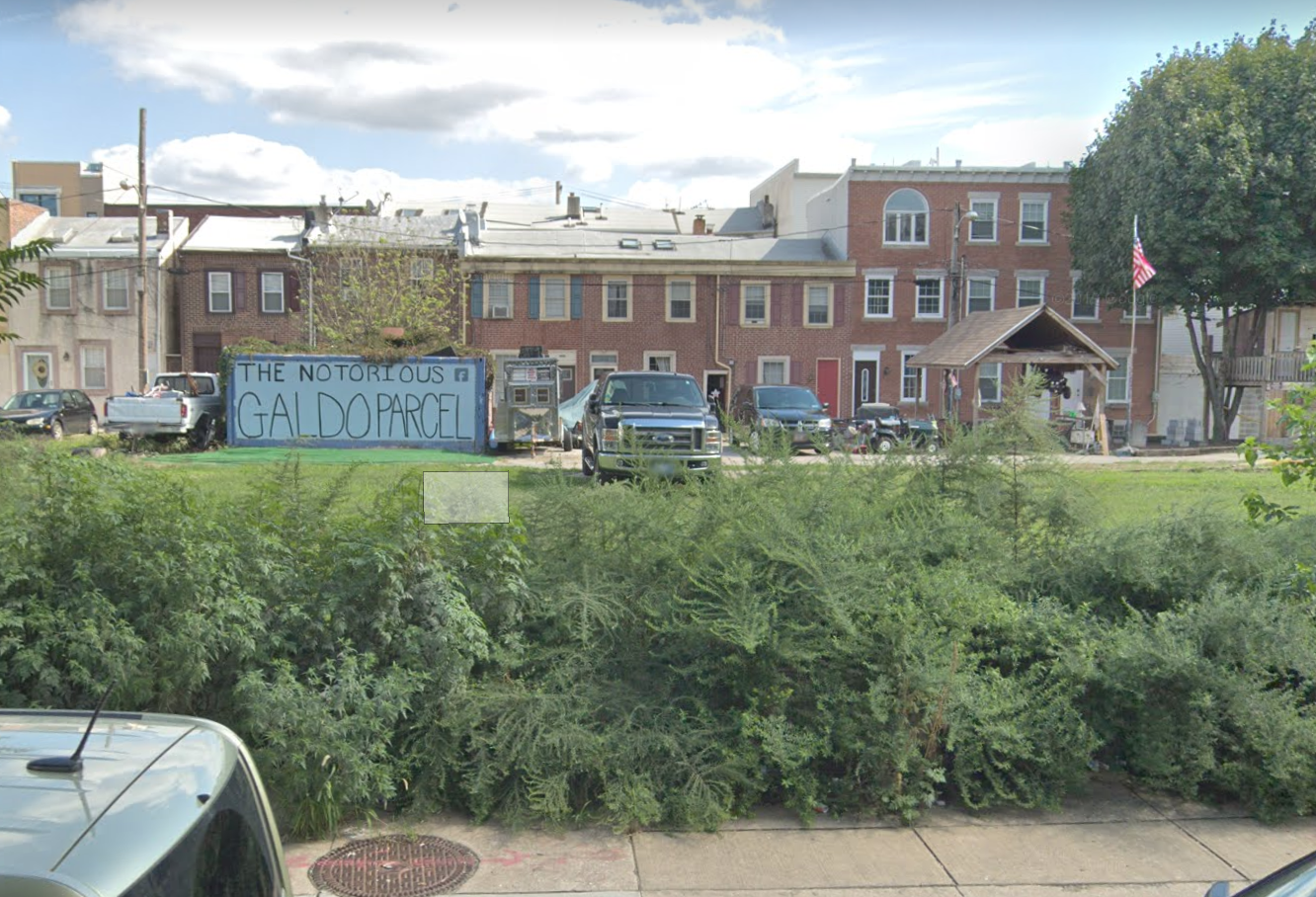 If you've ever rode the Market-Frankford Line into Fishtown, you may have noticed a large lawn as you approach the Girard station with a huge sign in it that says "The Notorious Galdo Parcel."

The Galdo parcel has been at the center of one of the most interesting land use law cases out there, concerning "adverse possession" and the circumstances under which a private citizen can lay claim to ownership of city-controlled land. And yesterday, there was a big development in the case, where the state Supreme Court handed the Galdo family a key victory in their long-running court battle to legally take control of the parcel from the City of Philadelphia.

Grace Shallow has a good summary of the backstory here from 2018:

For nearly three decades, Frank Galdo has taken care of the lot across from his home, replacing trash, prostitutes and drug addicts with grass, a concrete parking slab, fire pit, picnic tables and a tree house.

But the lot is owned by the city, not Galdo, and in 2013, the city told him to remove his additions. Last month, the lifelong Fishtown resident got some good news about his legal fight: A state appeals court said the city is not immune from claims of adverse possession.

In 1989, Galdo bought his home on Front Street near Lee and started sprucing up the eyesore across the street. The city had condemned the property in 1974 to temporarily reroute the Market-Frankford Line, since the construction of I-95 interfered with the tracks. Galdo contends the city hasn't used the property since 1976. His presence on the lot grew — until 2013, when the city posted a notice warning him that his use of the lot was unauthorized.

The big development yesterday is that the state Supreme Court has now affirmed the lower court ruling, confirming that the City is not immune from adverse possession claims because the property was not devoted to a true public use during the 21 years it sat vacant.

This passage from the majority opinion was perhaps the most interesting, which states that there isn't an inherent public benefit just from public ownership, absent some form of public use of the property.

"Absent the public use, a municipality’s holding of abandoned property, here for decades, offers no benefit to the public. Under such circumstances, the public is not occupying the property in any way, no tax dollars are being received from the property, and the neighborhoods in which the dormant properties are located risk the threat of becoming blighted.

This scenario constitutes the opposite of devoting property to a public use as the indefinite holding of abandoned municipal property is detrimental to those taxpayers who own property nearby and to the community at large."

While we acknowledge the vast number of condemned properties that the City oversees, we emphasize the high burden that adverse possessors must satisfy to obtain title under the doctrine and observe that the City need only intervene to prevent adverse possessors on each municipal property at some point prior to the end of the twenty-first year after the purpose of the condemnation has lapsed.

Encumbering municipalities with the limited responsibility to monitor their properties at some point during the twenty-one year prescriptive period or face claims of adverse possession will promote the goals of municipal efficiency and the active and efficient use of the land by motivating municipalities to either use the retained property for the public benefit or sell it to private individuals so that it may be taxed for the municipality’s and the public’s financial benefit."

It's unclear exactly how wide-ranging the impact could be on other lots controlled by the City as a result of this precedent, but with tens of thousands of vacant lots in their possession, it does seem pretty unlikely that the Galdo parcel is the only one the City hasn't touched for 21 years.

The City doesn't budget enough money to actually maintain most of the many thousands of vacant properties in its possession, and the Land Bank also hasn't offloaded many of its land holdings either, so it's common for basic maintenance responsibilities to fall to neighbors and volunteers. To echo the court opinion, there's no public benefit to the neighbors who have to clear trash and weeds and other materials from the city's properties, and in fact it's just the opposite—the blight depletes value from neighboring homes.

If the Galdo family succeeds in taking possession of the Notorious Galdo Parcel, hopefully that will inject some needed urgency into the situation and lead City agencies and elected officials to triage the land they're least likely to use for true public uses, at the risk of having it taken from them through more adverse possession claims.