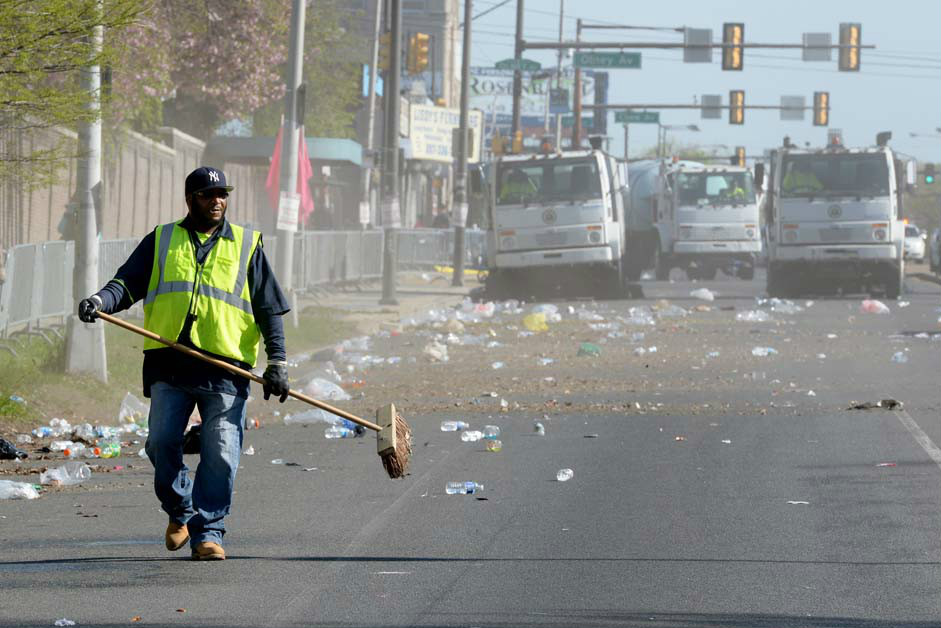 The story is titled "Germantown neighbors give up on city street cleaning and buy a trash truck" but it should really be "City gives up on Germantown, makes neighbors buy own municipal equipment."

That community organizations and public-spirited residents rise to the occasion like this is inspiring; that City services are so patchworked we basically force people to do this is infuriating. Several other neighborhood associations outside of Germantown are already raising five-figure sums each year from their residents to pay for private cleaning services that the City should be providing publically to everyone, and there are more groups in the process of planning more programs like this:

This isn’t the first Philly neighborhood to take trash collection into its own hands. In 2015, the Newbold CDC founded a similar program, employing folks from the Philly behavioral health nonprofit Horizon House. The trash collectors were folks with developmental disabilities, addiction and those who’ve experienced homelessness.

Last year, the Bella Vista Neighbors Association joined in, using a fundraising campaign to pay for sidewalk and curb sweeping that was staffed bya professional trash collection company. The group reached its $25,000 goal, enabling members to pick up 10.61 tons of trash.

“This trash program will play a huge role in not having to rely on the [city’s system],” Ferrarini said. “We can be self-sustained. That gives us major leverage to scale and build out capacity.”

Eventually, Ferrarini hopes, the program will pay for itself via rentals of the truck to individuals and construction sites in the area. Said Ferrarini: “There are little systems that can be adjusted or tweaked, and there’s a need for local orgs to join in on the effort.”

Commercial corridors and places with a lot of additional foot traffic and commercial activity are always going to need some extra cleaning services above and beyond whatever the City provides as a baseline. The problem is that what the City provides as a baseline is nothing, so even residential areas that would probably stay relatively clean with once-a-week street sweeping after trash day end up becoming disgusting as months and years go by with no cleaning. The administration's leaf blower pilot isn't going to make a difference with the amount of curb gunk that's been built up between parked cars and the sidewalk, and the well-intentioned program from these Germantown non-profits isn't either.

If the Kenney administration would just follow through on Kenney's 2015 campaign promise to bring back regular citywide street sweeping services, not only would it save everyone on the ground a lot of money to fund and administer this service universally, but local volunteers would also be freed to spend time instead raising money for other neighborhood priorities they care about like local schools, or community activities—not a basic municipal service that should simply come with our current taxes.