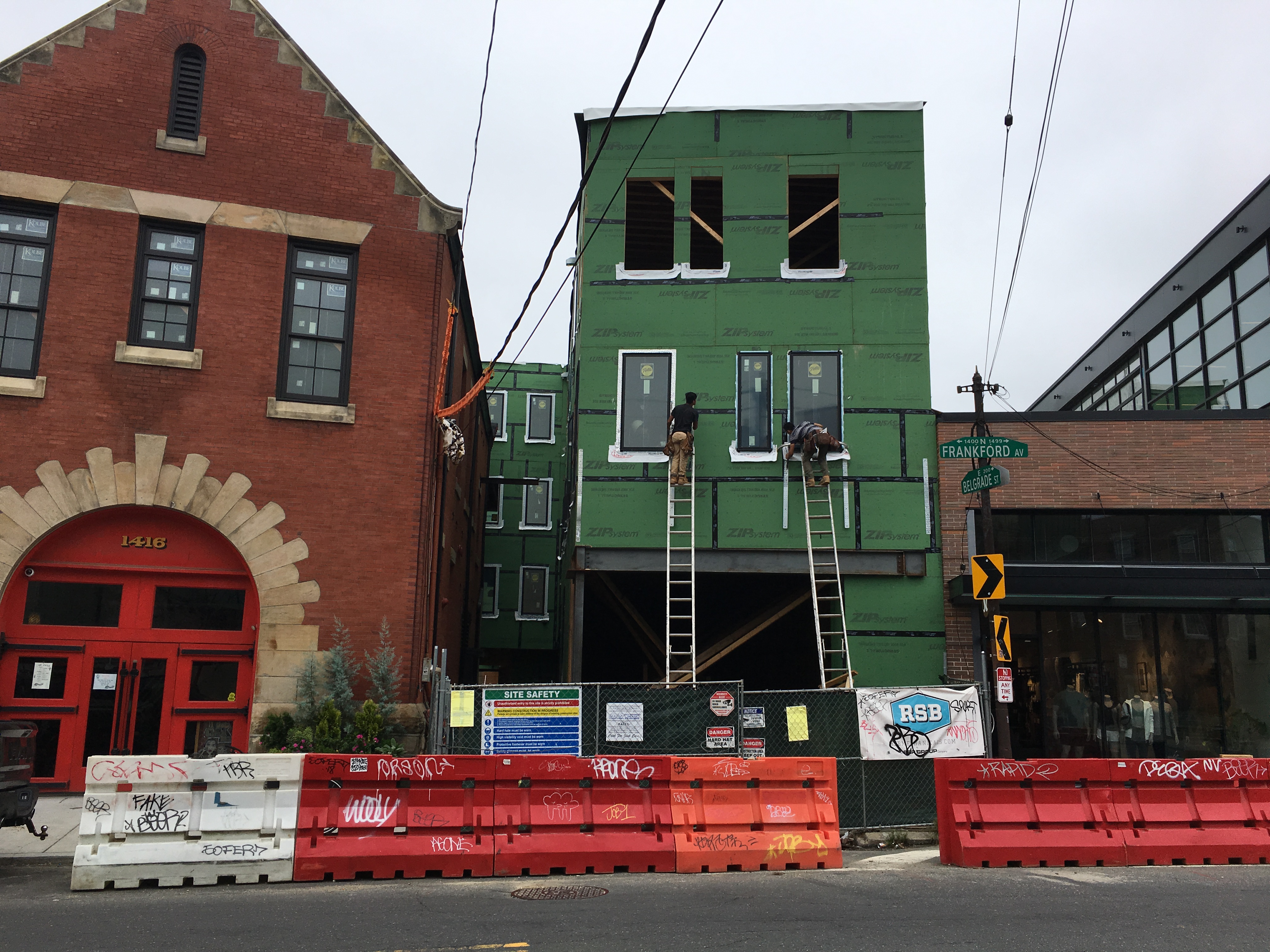 (Most of Fishtown's Frankford Ave will be eligible for inclusionary zoning, but not the interior neighborhood | Photo: Jon Geeting)

The year-long affordable housing funding debate in City Council finally wrapped yesterday, at least for the time being, with Council passing a package of bills that together would fund the Housing Trust Fund to the tune of $71-100 million a year, depending on who you ask.

The largest piece of funding is expiring tax abatements, which is technically just general funding, and will contribute about $53 million a year to the package. Councilmembers Darrell Clarke, Maria Quinones-Sanchez, and Mark Squilla say they plan to stick to the $100 million total Council originally sought in the negotiations during next year's budget season, when Clarke's office says they'll push for about $20 million more in general funding for the Housing Trust Fund (HTF).

The second-largest pot of HTF funding will come from the revamped Inclusionary Zoning bonuses, which will now be applicable in many more neighborhoods, and offer a better density incentive for developers to use them. Council and the administration made some last-minute changes to make the bonus less useful and then walked those changes back a bit, so it's not entirely clear whether the amended bill is really going to end up raising the $18 million a year Council wants to raise from this.

If this particular program ends up falling short, Councilmembers who want to increase funding are going to have to lean harder on general funding to close the gap, so there's a real imperative to get this right and make sure the inclusionary zoning bonus is broadly popular so people really use it and pay in close to the amount Council is expecting.

This is important to get right, since general funding involves using public tax dollars, and possibly even raising taxes, and the bonus program requires no expenditure of public money. It's the closest thing local government has to a money printer, since the City essentially creates new development rights out of thin air and then sells them to get more HTF revenue. Almost magically, we get more affordable housing funding without raising taxes.

Once the Mayor signs these bills, the next political frontier for raising Housing Trust Fund money is the zoning remapping process.

The Planning Commission and City Council are still going around to every neighborhood as part of the Philadelphia 2035 program, and making a bunch of changes to their zoning maps. This has often tended to move in one direction—toward downzoning—but there's now a compelling argument from the perspective of the Housing Trust Fund to start doing the opposite.

From the point of view of the Housing Trust Fund, there are now two types of zoning categories: contributing, and non-contributing.

Here are the final bonus tables from the amended bill: 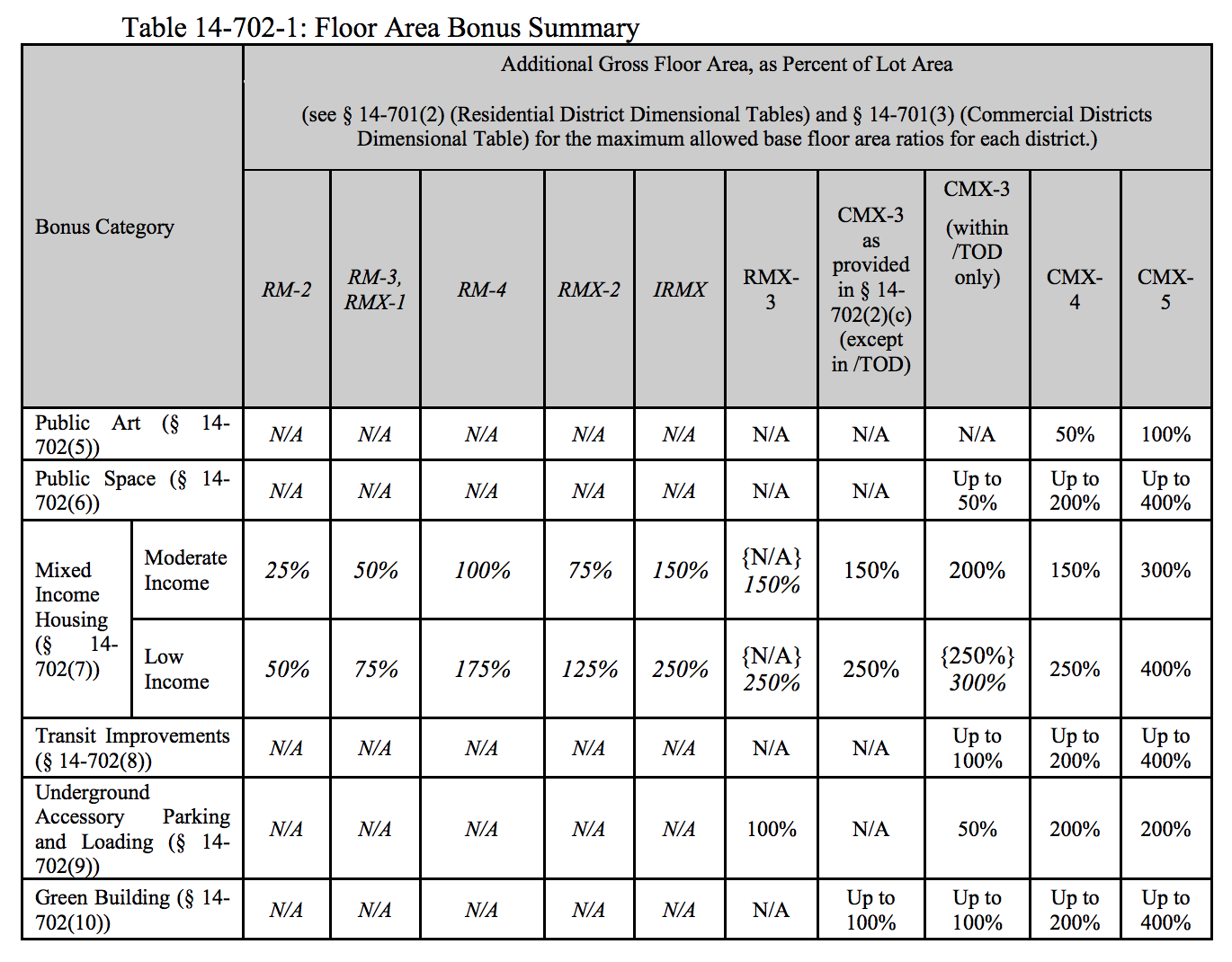 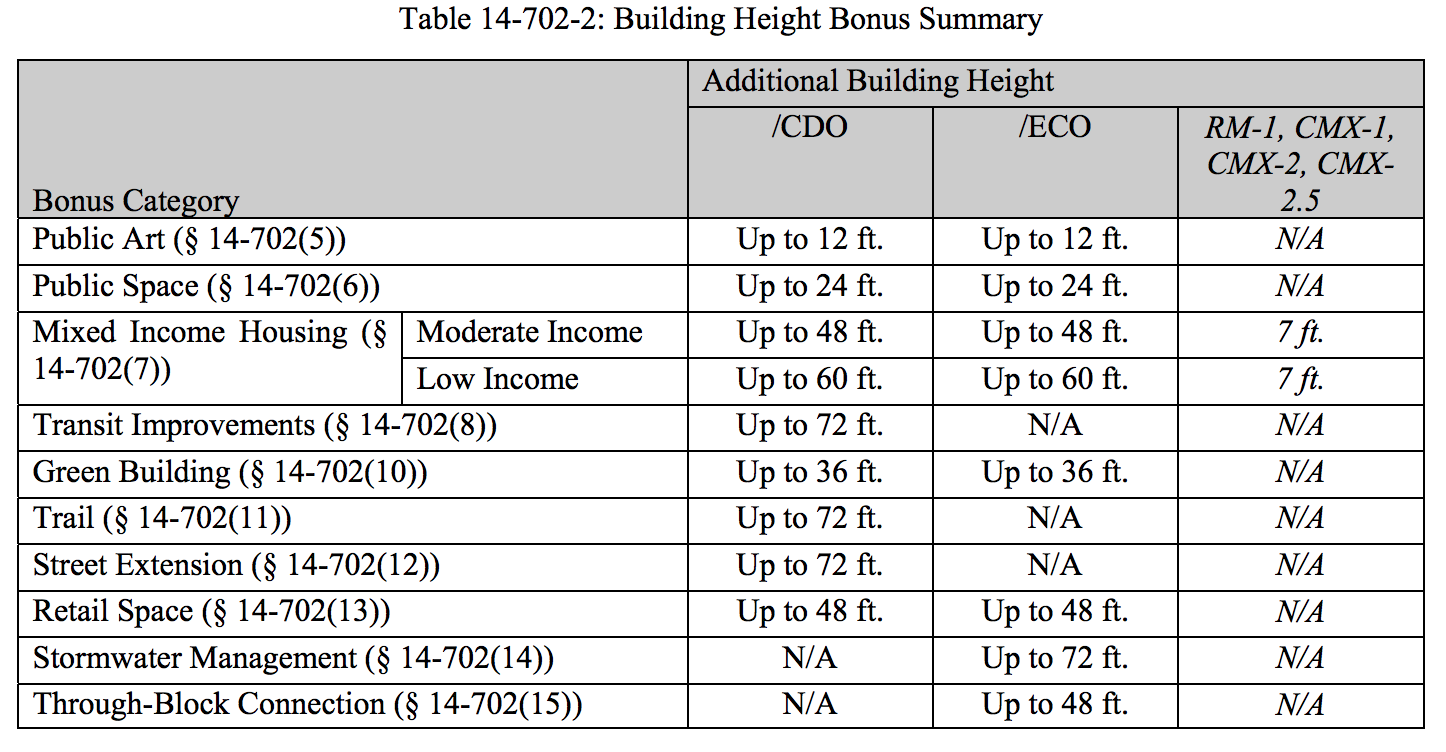 With the exception of CMX-4 and 5, which are high-rise districts, these are mostly the kinds of 'Missing Middle' small and mid-rise apartments and mixed-use buildings that some Councilmembers have tended to want to zone out of neighborhoods.

But there's now a direct budgetary incentive for Councilmembers who want to see more HTF funding to expand the land footprint covered by these districts, and minimize the land coverage for non-contributing districts that won't raise any affordable housing funding.

Multifamily buildings in general produce more tax dollars per acre, and mixed-use buildings contribute the most of all, so there's always been a budgetary incentive to prefer denser zoning, although the existence of the 10-year tax abatement on improvements has, unfortunately, all but muted this argument in city politics. The revenue comes in on a 10-year lag, far outside the window of time any elected officials care about. Now, there's going to be a source of revenue that theoretically could start coming in right away in places where Councilmembers rezone.

Also, to take this out of the pure dollars-and-cents frame, the places where Council remaps to the "contributing" districts are also the places that are going to be participating in the Inclusionary Zoning program, and the neighborhoods that don't have them won't be participating. Since one of the options created by the bill is to build the below-market-rate units inside otherwise market-rate buildings, this raises important fairness and equity questions about which neighborhoods inclusionary zoning will be concentrated in, and which neighborhoods will be allowed to exclude themselves.

What share of land in each neighborhood should be eligible for inclusionary zoning, and what share should be left out of the program? Thanks to this bill, these are the new questions that Councilmembers will have to start factoring in now when they draft neighborhood rezonings.