Is Lisa Deeley Going to Get Primaried Over Committee Person Write-Ins? 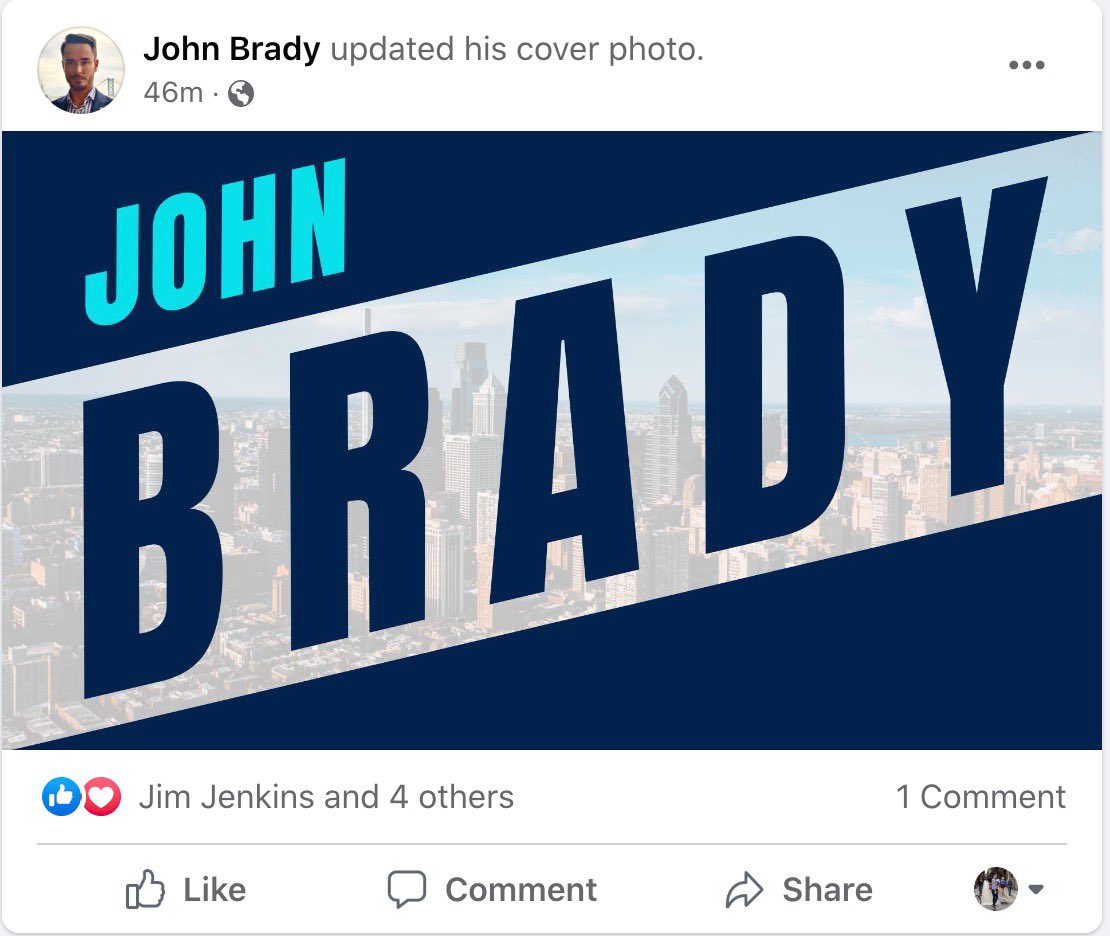 A few paragraphs into this week’s Inquirer piece on City Commissioner Lisa Deeley covering for Council President Clarke on the mail-ballot delays related to his last-minute At-Large City Council special election decision, there’s a little bit of 2023 election drama that shouldn’t be missed.

It looks as though Commissioner Deeley, who’d previously been elected with significant support from Democratic City Committee leadership, could instead see a party-backed primary challenge next year.

"After Deeley butted heads with Brady, another potential reelection threat came from a close Brady ally.

In August, John Brady — who is not related to Bob Brady — posted on Facebook what appeared to be a campaign sign with his name, with no specific office mentioned. That sparked chatter about John Brady, the state Democratic Party’s director for Philly, possibly running against Deeley next year.

It’s highly unlikely John Brady would publicly explore a run without Bob Brady’s approval. John Brady said people have approached him about running for commissioner or other offices, but that he’s focused for now on the November election.

The job of city commissioner can be obscure, and candidates rely on good relations with party leaders. It makes sense that Deeley would hold onto whatever allies she can. And Clarke has been one."

Regular readers may remember back in the Spring when Democratic City Committee Chairman Bob Brady and some of the other leadership figures got in a public tiff with the City Commissioners’ office over the certification of write-in campaign winners in the ward committee person elections. At issue was the Commissioners’ decision to certify the top write-in vote-getters in open-seat races in cases where those candidates received fewer than 10 votes.

This has been the Commissioners’ practice in prior years, although more recent case law seems to make it pretty clear that non-balloted election winners should not be certified if they receive fewer votes than the number of signatures required to get on the ballot—10 signatures in the case of committee person elections.

Some of the Democratic City Committee leadership—and most vocally those like 21st Ward leader Lou Agre whose own re-election hinged partly on the outcome of some of the write-in races—opposed the Commissioners' decision to certify under-10 vote-getters, and DCC ultimately dealt with the issue through party policy, by allowing individual ward leaders to selectively challenge individual write-in winners, rather than issuing any kind of blanket party-wide policy on the subject.

In the 21st ward, for example, at least one write-in winner who supported Agre, but who received fewer than 10 votes, was admitted into the ward reorganization meeting where ward leadership would be elected, while other similarly-situated people were not let in.

These are some very inside-baseball reasons to support a party-backed primary against Deeley next year, but many primary campaigns have been waged over less, so it's not out of the question.

Elsewhere in the Philadelphia political universe, there’s been talk of former Next Gen and current SEIU Healthcare staffer Jarrett Smith running for the single guaranteed non-majority party seat on the City Commissioners board that is currently held by Seth Bluestein, Al Schmidt’s former deputy. Smith’s path to victory would involve trying to repeat Councilmember Kendra Brooks’s success at beating a Republican for one of the two guaranteed non-majority party seats in the 2019 City Council At-Large general election.

The word on the street is that this race is not going to be a priority for the Working Families electoral arm, and Smith is unlikely to benefit from the same scale of outside PAC spending—if any—that figured in Brooks’s 2019 race. Even so, Smith could still be on the WFP ballot and those of affiliated organizations, and thus benefit from some of the resources the organization will put into pushing their top-of-the-ticket candidates.

Fast-forward to 2024, the year of another high-interest, high-stakes Presidential election, and imagine that the sitting City Commissioners tasked with running that election could be incumbent Commissioner Omar Sabir, John Brady, and Jarrett Smith—a group that as a whole is very high on loyalty to some specific local political factions in the city, but not very high on competence at the mechanics of actually running big-city elections.

This is not an unthinkable outcome given the different interest group dynamics in play, and the below-average level of interest in this particular office from ordinary people.

And combined with the recent state-level changes in Act 88 that limit the ability of outside organizations to donate money for election administration purposes—widely credited with saving the Commissioners’ 2020 operation—the next group of City Commissioners elected to oversee 2024 will face some challenges producing a speedy tally that in 2020 were smoothed over by the influx of outside funds.

This specific group, with anti-Stop-the-Steal Republican Al Schmidt replaced by a progressive running on the Working Families ballot line, would be disconcertingly vulnerable to the inevitable attacks of partisan influence in the vote tally.

In 2023, it’s more important than ever that electoral organizations and voters put a premium on technical competence at running city elections as the most important factor in the City Commissioner elections, and resist the various attempts to replace seasoned election operators with political hacks.