Why do people leave Philadelphia? A first-of-its-kind report from Pew looked at this question for the first time, based on a random survey of people who'd changed their addresses, and found that jobs topped the list.

Movers selected "job opportunities" at almost double the rate of the next most popular answers—crime and safety, cost of living, schools, and housing—and about 44% of people who moved to another region of the country did so for employment reasons. Black former residents were more likely to cite crime and safety as their top concern more than other groups, but jobs came in as their second concern by one percentage point.

Kennedy Rose at the Philadelphia Business Journal notes that people with college degrees or who did not grow up in Philadelphia were more likely to leave because for employment reasons. 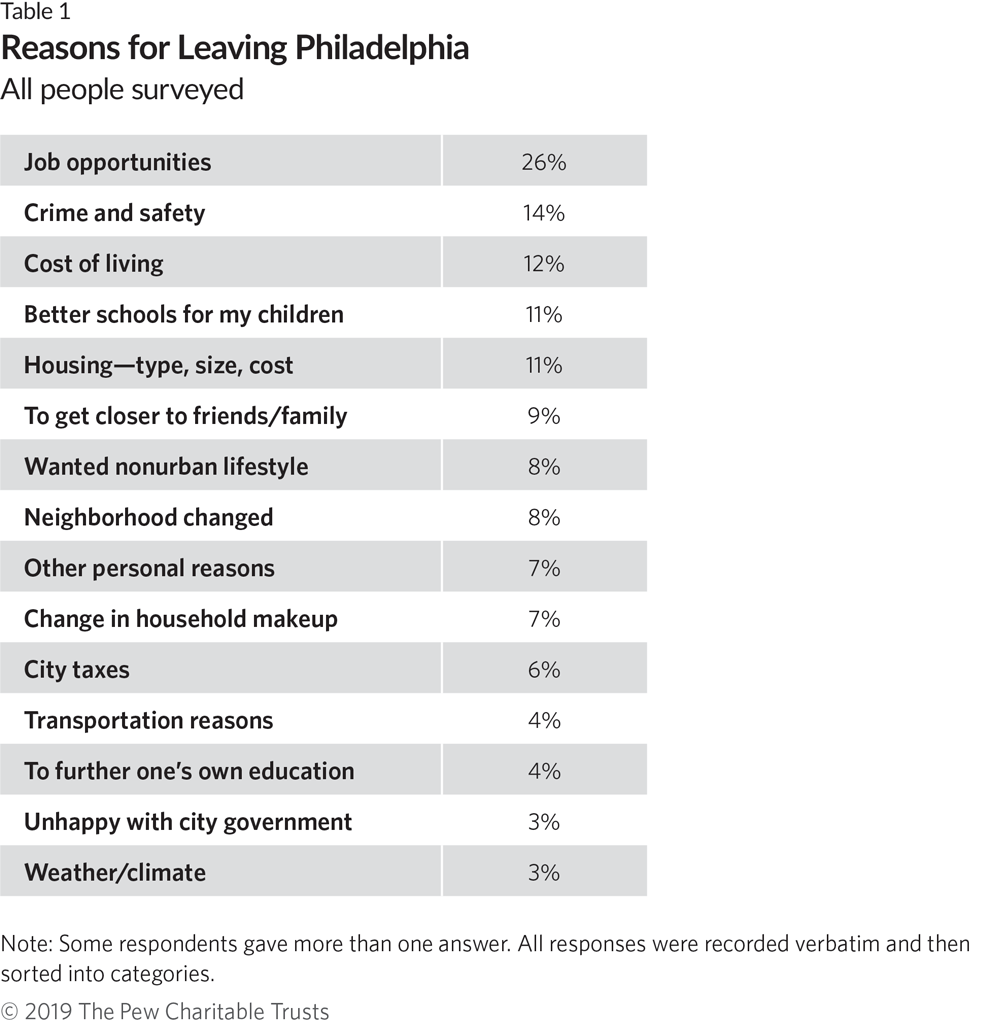 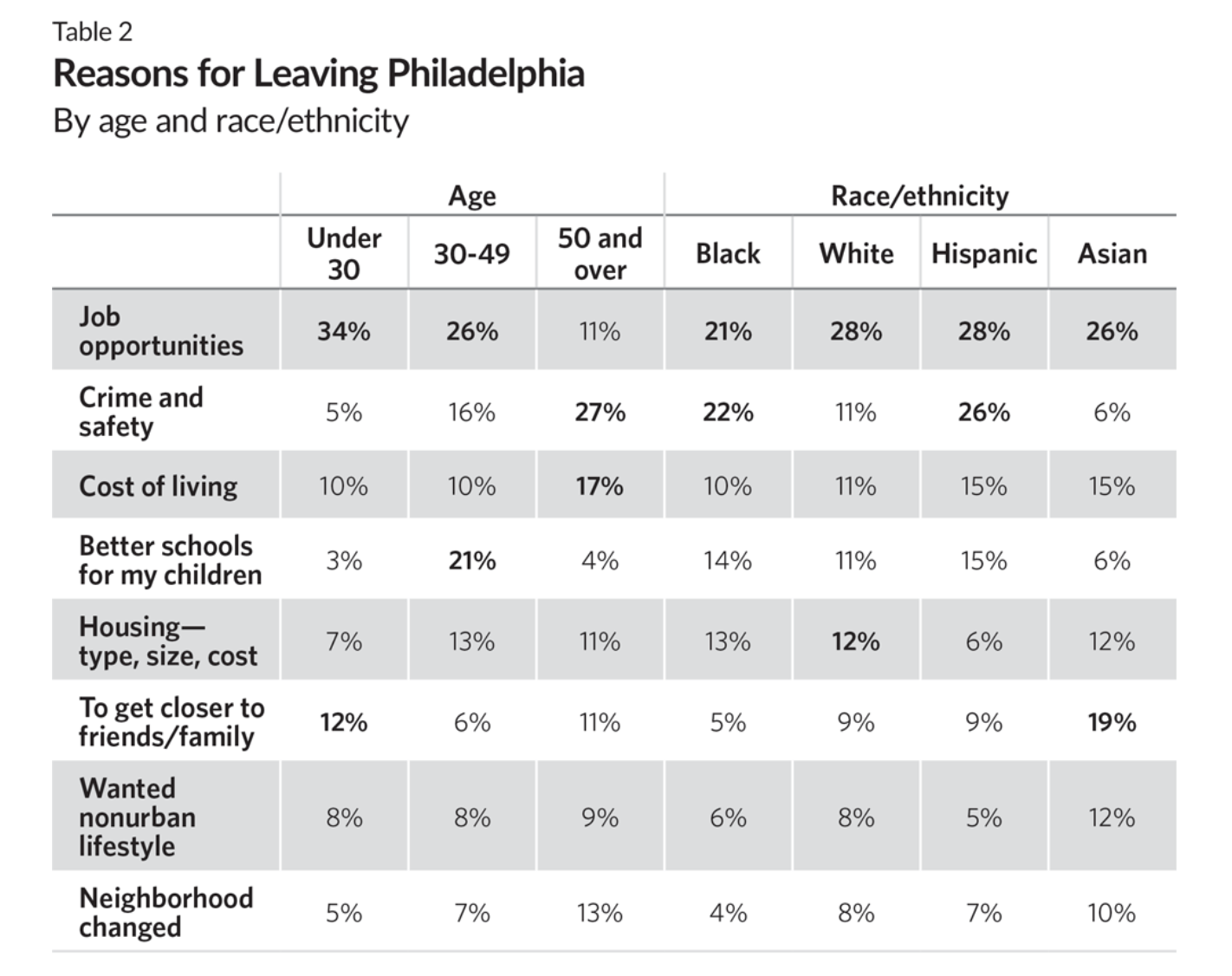 The prominence of the jobs answer is interesting given how little emphasis the candidates running for City Council this year seemed to place on it. A lot of the popular discussion about the state of the city tends to overstate the extent of Philadelphia's recent job growth and prosperity, in the interest of pivoting to a greater focus on redistribution politics. But the reality is that we've still been seeing some of the slowest economic growth of any major U.S. city, certainly compared to most of our East Coast peers, and our politics should be at least equally focused on the task of growing the overall size of the economic pie.

It's also noteworthy how few movers seem to indicate that housing affordability-related issues factored into them leaving the city, and how little racial stratification the study found in those answers. When Pew broke down responses by race, Black residents were the least likely group to cite either neighborhood change or the cost of living as important reasons why they left the city, and were slightly less likely than white or Asian movers to cite housing. That's not an argument for deemphasizing efforts to reduce cost of living pressures on Black communities—indeed, we've written in the past that local officials have been too complacent about this—but it's an interesting qualitative result that seems to confirm the recent Philadelphia Fed study that found fewer downsides for long-time residents of appreciating neighborhoods than what's commonly assumed.

Another interesting finding was that Hispanic and Black former residents were more likely than white residents to report that they had moved out of the city to send their children to better schools.

Most of the households who left the city did not have school-aged children, but among parents who left, 31% cited a desire to send their kids to better schools as the top reason. Most of the respondents who cited schools ended up sending their children to public schools, which calls to mind the well-known issues with Pennsylvania's unequal public school funding and disparate school quality problems. There's likely a good amount of classism or racism to unpack in the schools answers too, if we're being honest, considering the history of school segregation politics in our region, as well as more benign preferences for suburban living that are getting coded as being about schools.

Some of the reasons people give for moving are things we can't do anything about, and some of them aren't even really problems necessarily. It would be weird and bad if nobody ever left Philadelphia, and we're often better off when people leave, get some outside perspective living and working elsewhere, and then return here with new knowledge and ideas. The point is that the city overall needs to keep growing and attracting jobs and net population, and the people who do want to stay here long-term need to be able to find the jobs they want, be able to afford housing and transportation in safe, high-opportunity neighborhoods, and feel confident their kid can get a good education and be safe attending local public schools. These are the areas that are more within the range of what local and state policymakers have more direct or indirect control over, and they're what we have to focus on if we want to take Philadelphia's recent growth and prosperity to the next level.