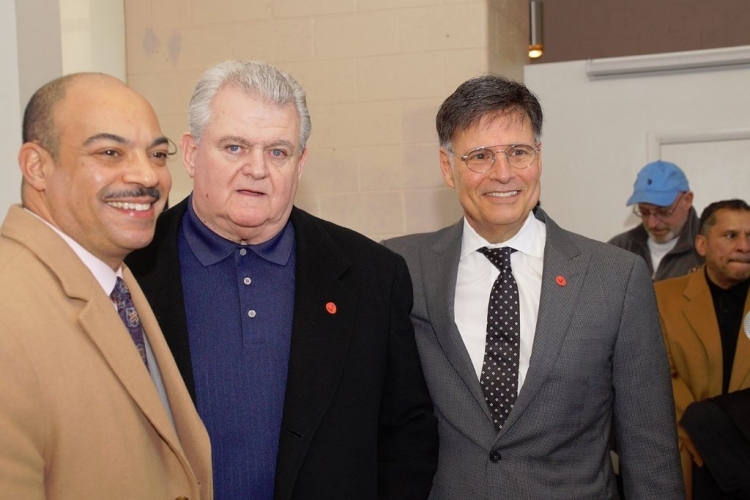 Controller Rebecca Rhynhart has been going hard after Mayor Kenney's Finance Director Rob Dubow for failing to correct the City's sloppy financial practices that resulted in $33 million going unaccounted for.

The Kenney administration knows this looks terrible, and this week the Mayor tried to do some damage control with an op-ed hitting back at Rhynhart and the audit, and vowing to reconcile the city's accounts and fix some of the broken processes.

Because all political problems must have their own special Task Force, Mayor Kenney created one of those too, and he selected former Controller Jonathan Saidel to reconcile the city's 77 bank accounts.

The optics of this are not awesome. Jonathan Saidel, of course, is a long-time inner circle ally of Congressman and Democratic City Committee Chairman Bob Brady, and has been rumored since 2016 to be next in line to become the Party's top Boss whenever Brady steps aside. Brady was just reelected Chair at City Committee's reorganization meeting last week, but most political observers don't expect him to serve the full term. Brady wants Saidel to be the next chair, and you just don't get into a position like that without an ironclad commitment to never rocking the boat.

Saidel is also hardly free from fishy financial entanglements. As Holly Otterbein pointed out on Twitter, Saidel was caught billing $150,000 to the Philadelphia Housing Authority back in 2011 for services that PHA was unable to identify. From the Inquirer's report:

Saidel declined to describe his work or to explain why he received his payments indirectly, but said he reported to the agency’s ousted director, Carl R. Greene.

“No comment. Write what you want,” Saidel said Wednesday when asked about his PHA consulting. “My contact was Carl Greene, and he’s not there anymore.

“PHA knows that, and they can certainly tell you. I don’t talk to people before I have approval from my client. Everything I did they can tell you about.”

PHA officials said they were trying to get information about Saidel’s work, and asserted that Saidel’s billings gave “no subject matter, explanation, or justification for the services.” Last Wednesday, the agency sent a letter to Eisenhower, demanding that the firm spell out just what Saidel did, by Friday.

It's a questionable move when the situation clearly calls for a restoration of trust, which is best accomplished by replacing the person who ultimately bears responsibility (Finance Director Rob Dubow), and bringing in a neutral, disinterested party to clean up the mess while you look for a new Director. What Kenney did instead was bring in the most status quo-affirming political operative imaginable to work on this, which shouldn't really comfort anybody.