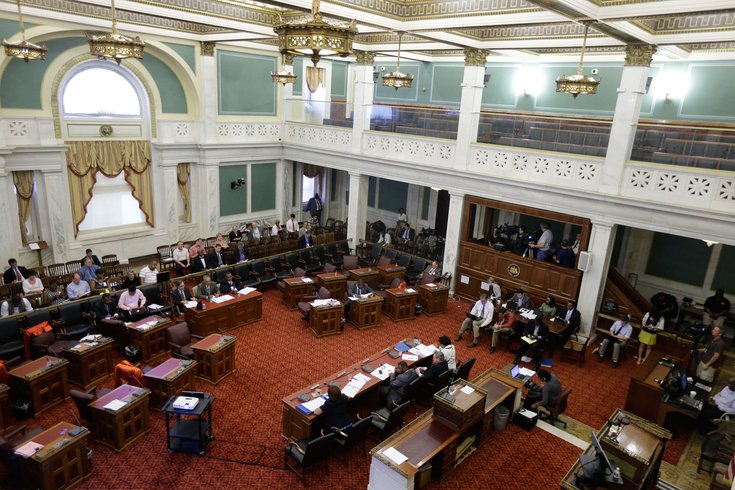 With most of next year’s 2023 Philadelphia Mayoral field made up of legislators from City Council, a reasonable thing that voters might be curious about is how all those members voted on the various bills that have come up during their terms in office.

The members running for Mayor have taken hundreds, or even thousands, of votes during their terms on Council, and those records say a lot more about where members have stood on the different issues voters might care about than whatever it is that the candidates are going to say about their own positions.

But unless you are someone who is a very close observer of City Council business, it’s actually pretty hard to tell anything about members’ voting records.

One reason for this is that Legistar—the official website where the City Council President’s office posts agendas, bills, and status updates on bills—no longer includes any information about how each member voted on the different pieces of legislation.

And it isn’t because Legistar doesn’t have that feature. Up until 2006, the City Council President’s office actually used to post how each member voted on each bill with an ‘Aye’ or “Nay’ next to each name. Today, you can see the co-sponsor information, but not how the members ultimately voted.

There is still a way to look up the voting information for votes on individual bills, which is to find the bill you are interested in on Legistar, go into the bill's History to find the dates when the relevant committee voted, or when the full Council voted. Then, you would visit the Transcripts page and do a CTRL-F search for the bill number. From there, you can find the place in the transcript where the vote was recorded, and there will be a roll call vote showing how each of the members voted.

Clearly, this is a lot less convenient for the average person than what existed back in 2006 when the votes would just be listed right there in Legistar.

It is unclear why then-Council-President Anna Verna’s office stopped posting the members’ votes starting in the fall Council session of 2006, but you can still go back in the Legistar archives and see the voting records from the Councils of yore.

As we noted in a 2017 blog post about this issue, the last bill with member voting information that exists in Legistar is a 2006 bill by then-4th-District-Councilmember Michael Nutter to legalize outdoor cafe seating at Johnny Mañanas at 4201 Ridge Ave. 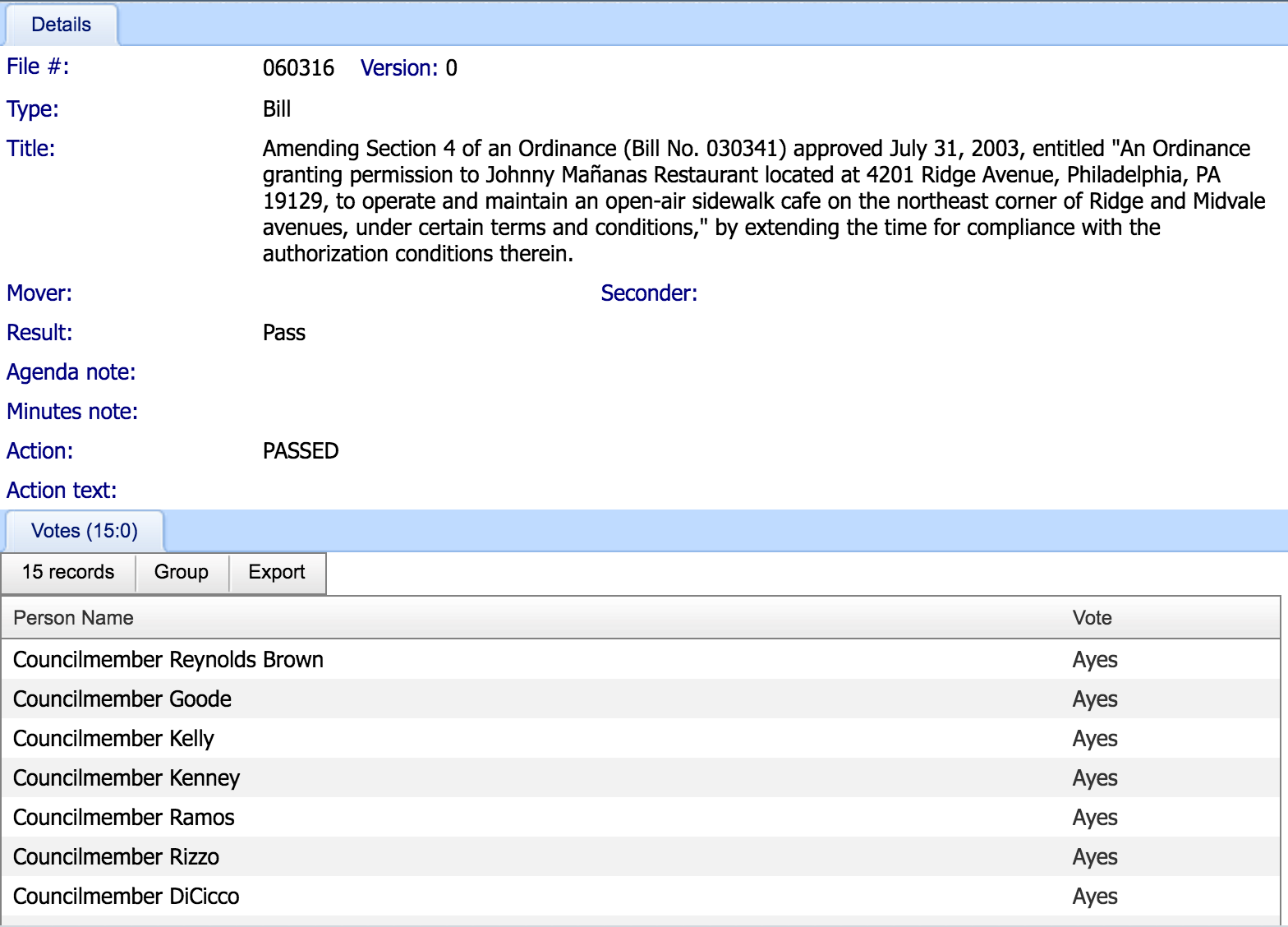 We were reminded of this issue again this week when the Twitter account of the civic-tech app Legigram put out a plea to the three remaining hold-outs among big-city City Councils to make their Legistar APIs accessible, of which Philadelphia is one. 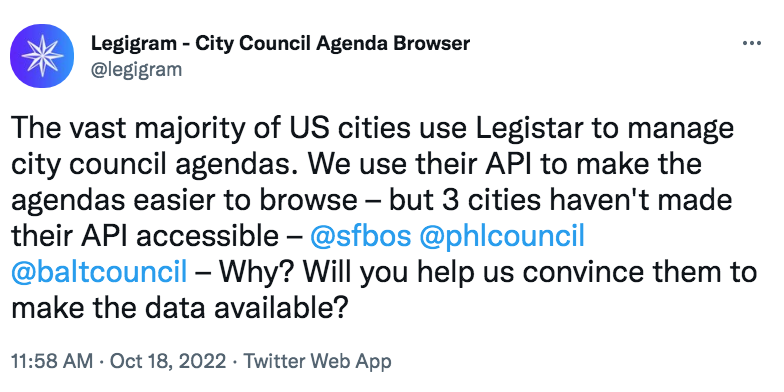 Legigram uses these APIs to make City Council agendas easier to browse, and their product is scaleable because most big city legislatures use the Legistar software.

You can start to see a pattern where the City Council President’s office here doesn’t turn on the Legistar features that would enable both the website, and third-party app makers, to more easily convey information to regular people about what City Council is up to. Add to this the fact that City Council’s own budget is a total Black Box, and one could get the impression that the Council President’s office doesn’t really want voters to know what’s happening.

Analyzing Council voting records would be a challenge even if all those votes had been recorded and released in a machine-readable format because of Council President Clarke’s preference for trying to win unanimous votes on legislation—and suppressing legislation the body is more divided on. Still, if the voting data were recorded and made available, it would still be possible to construct a rough “who votes with who” model by looking at the frequency with which different members vote the same way, and revealing something about the different Council factions.

A group of only a few hundred people in the whole city, comprised mainly of journalists, lobbyists, city agency staff, various people and entities outside of government with a stake in city policy, and some hardcore political junkies, roughly understand these factions and the recent voting history of the different members. However, regular people who want to try and understand the members’ voting records and political alliances are out of luck.

That’s bad news for the goal of an informed and engaged electorate, and ultimately bad news for governance in Philadelphia.