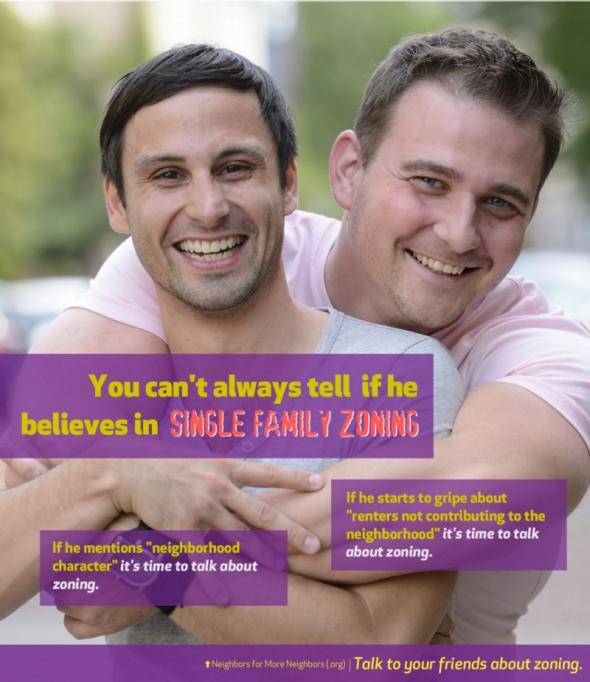 The WSJ article featured a young professional white woman who makes about $60,000, but nonetheless finds herself priced out of buying a home in her preferred neighborhood in Fishtown, and searching for cheaper, less desirable housing elsewhere in the Riverwards. There's definitely a problematic snobbery element here (it rubbed some people the wrong way that she called her new neighborhood in Kensington "sketchy,"),  and many have pointed out that there are many Philadelphia residents with much more severe housing affordability problems who are more deserving of our sympathy and political attention.

That's fair enough, but there was one common response—that this person should just move to the next neighborhood over—that reveals a lot about the politics of the middle-class affordability problem in greater Center City.

Public opinion seems to be generally fine with this for some reason, possibly because it's same-race gentrification, though many worry about the rising home prices in the neighborhoods where folks priced out of Fishtown and Northern Liberties are landing. But the politics are totally different when other close-in gentrifying neighborhoods like Graduate Hospital and Fairmount start bleeding white professionals into majority-black neighborhoods like Point Breeze, Brewerytown, and Francisville.

In these areas, "just move to the next neighborhood over" is a middle-class affordability strategy that many people—anti-gentrification activists in particular—have a huge problem with. In these contexts, lots of people are very concerned about people like the woman from the WSJ article moving to Point Breeze or Brewerytown, and bidding up the cost of housing (even with her early-career salary) for lower-income black people.

If people want less spillover into Point Breeze from Graduate Hospital, then the flipside is that Graduate Hospital and Fitler Square need a lot more homes for people making $60,000. It's disturbing how quickly many people have come to accept the idea that places like Fishtown or the Italian Market or Passyunk Square should now be neighborhoods mainly for people who can afford $300,000-500,000 homes.

That kind of complacency about middle-class affordability, or more perniciously, the "I Got Mine"-ism that pervades local zoning politics in greater Center City, has resulted in rezonings that actually reduced closer-in, higher-priced neighborhoods' ability  to house more residents. As land values continue to increase, radiating outward from Center City, a policy of locking neighborhoods into a medium-density rowhouse development pattern, instead of allowing for some more upward growth and density, is only going to accelerate the growth in housing prices.

City Council's favorite move over the 5 years of zoning remapping as been to wantonly rezone the interiors of growing neighborhoods from RM-1 (38' apartment buildings, no retail) to RSA-5 (38' attached single-family homes), basically reducing the rezoned properties' ability to absorb new residents by two-thirds. That's what happened in Fishtown, it's what happened in Queen Village, it's what happened in Brewerytown and Sharswood, in Mantua and Parkside, and it's happening now in South Kensington and Spruce Hill.

Appreciating neighborhoods are getting downzoned all over the map, and it's making the middle-class housing affordability issues worse. More liberal zoning that allows more multifamily housing is far from a magic cure-all, and is primarily a tool to address the middle part of the housing market, not deep affordability needs.

But the two are closely connected, and complacency about the middle-class housing affordability (or nonchalantly making things worse by downzoning growing neighborhoods) makes it more likely that we'll spend scarce affordable housing dollars on people who shouldn't need a public subsidy.

For example, the City is spending money subsidizing "workforce housing" that is not deeply affordable housing, but instead costs just shy of the roughly $200,000 that the woman from the WSJ article was looking to spend. We're spending some of our housing resources on households making between $41,048 and $79,195—which is far from the poorest of the poor in Philly—and we're doing it in places like Francisville and Kensington where a normally functioning housing market should be fully capable of producing enough housing affordable to this income band.

Like all of City Councilmembers' housing ideas, there's no way to scale this up in any meaningful way without breaking the bank. Before we spend money subsidizing middle-class people's housing, we should be exhausting all of our free policy tools first, like upzoning to keep prices in check in the market-rate housing market that a majority of residents are shopping in—especially in the high-amenity, transit-accessible areas around greater Center City.